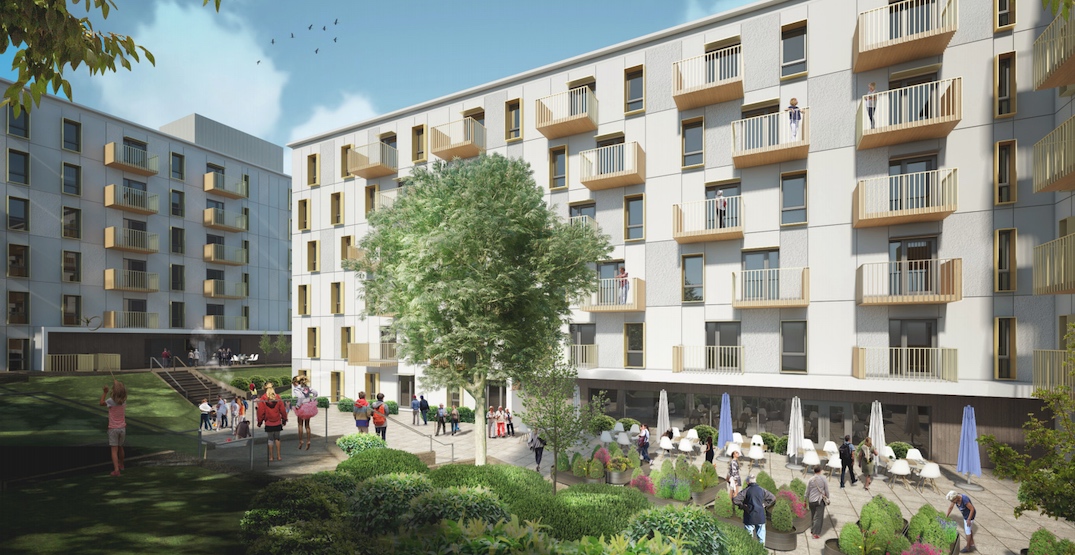 All of the developments are within East Vancouver, and this includes a major social housing redevelopment replacing Alice Saunders House.

Here is a rundown of the approved projects:

This narrow six-storey building on a site near the northwest corner of the intersection of Kingsway and Clark Drive will replace aging low-storey commercial buildings.

Under the city’s Rental 100 Secured Market Rental Housing Policy, Stuart Howard Architects’ plan calls for 43 secured market rental homes, plus 3,000 sq. ft. of retail and restaurant space on the ground level, with each of the three commercial units featuring a mezzanine level. 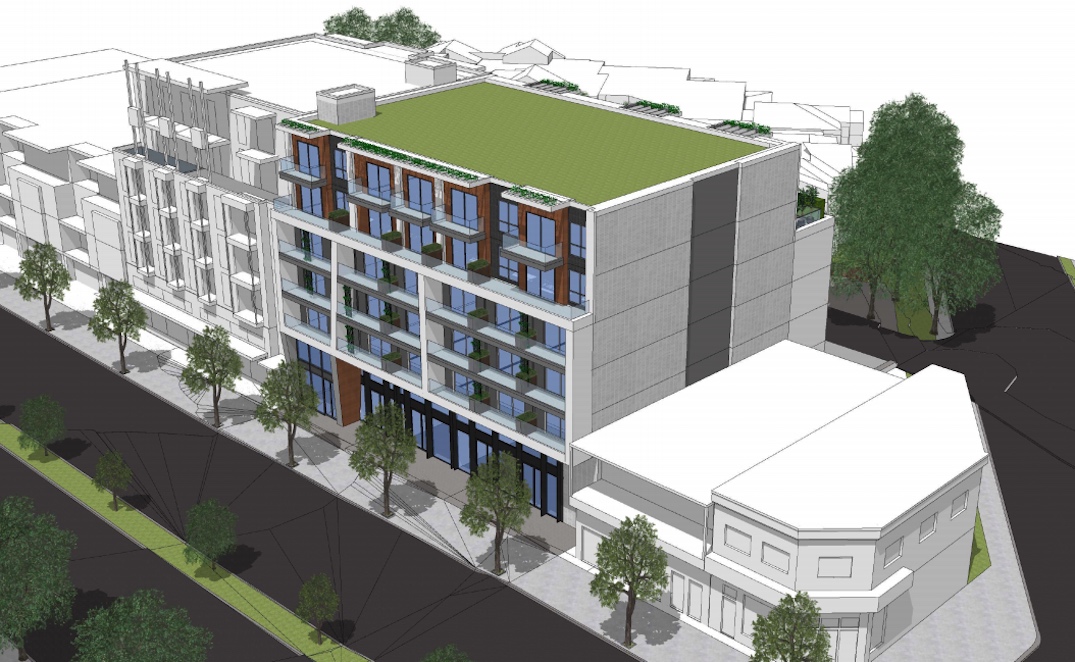 The car dealership at the northwest corner of the intersection of Main Street and East 32nd Avenue will be redeveloped into a six-storey building with 89 secured market rental homes, under Rental 100. There will also be 12,400 sq. ft. of restaurant and retail space on the ground level.

The project is spearheaded by Strand Development and designed by Yamamoto Architecture.

City council approved this project, with both councillors Swanson and Hardwick in opposition. 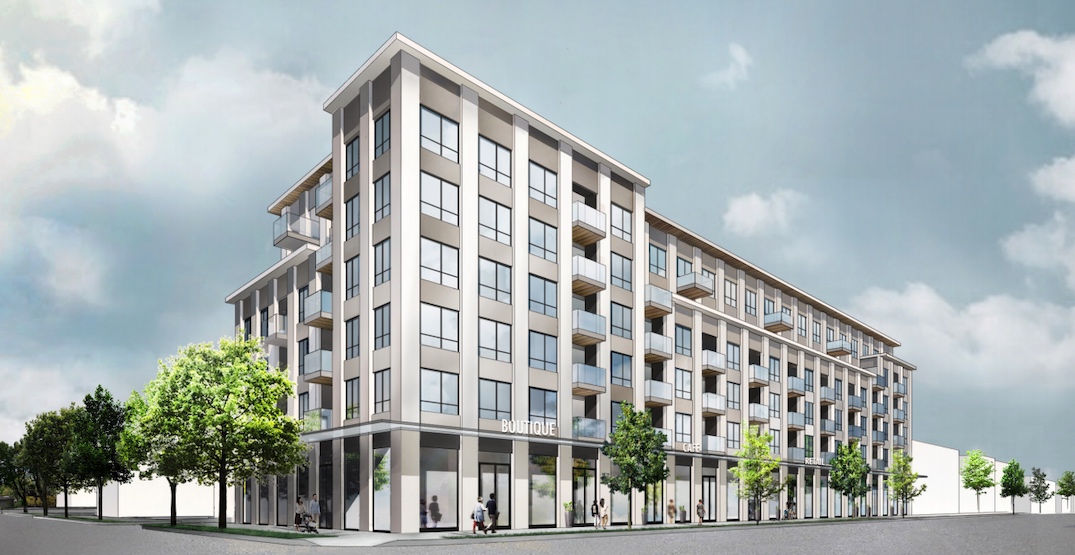 The former Safeway store at the northeast corner of the intersection of Fraser Street and East 57th Avenue will become a mixed-use development.

A smaller secondary site, a surface parking lot across the laneway on East 56th Avenue, will become a pair of three-storey stacked townhouse buildings with 12 secured market rental homes.

The total number of secured market rental homes in both rezonings combined is 107 units. Both applications are under the city’s Affordable Housing Choices Interim Rezoning Policy. 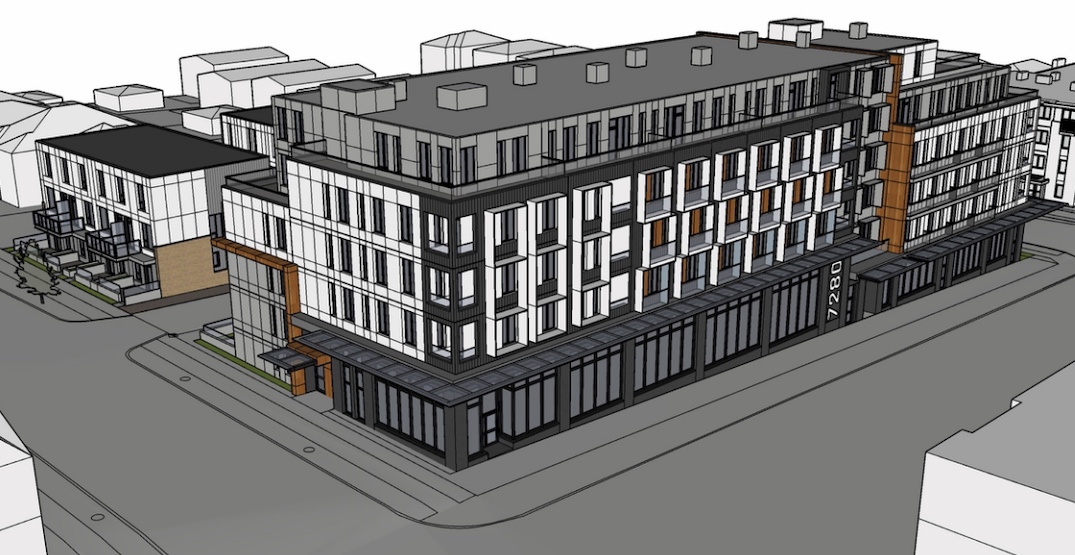 This was the only rezoning unanimously approved by city council during the meeting.

There will be a combined total of 146 units of social housing for seniors, representing a net gain of 82 social housing units over the existing complex. The project’s architect is Ryder Architecture.

The development site is at the southeast corner of the intersection of Renfrew Street and Venables Street, just across from Notre Dame Regional Secondary School. 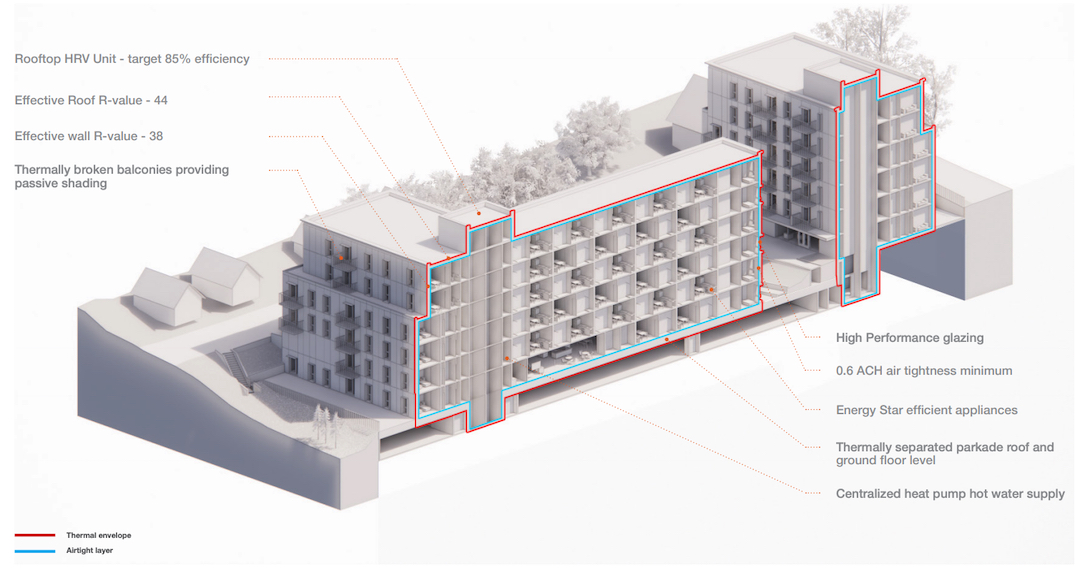