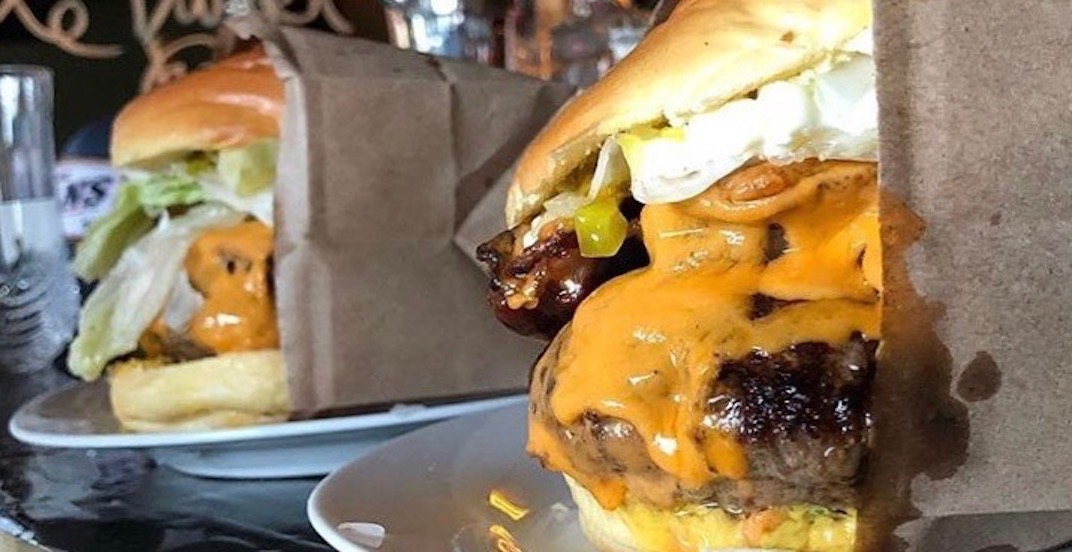 You may have thought that Musette Caffe’s weekend Wi-Fi ban was a serious crackdown, but one Vancouver eatery has taken its tech policy to a whole new level.

Trans Am Restaurant, located at 1879 Powell Street in Port Town, first opened in December 2016, but only just implemented a strict no cell phone policy, something the owner has been thinking about seriously since May 2018.

Gianmarco Colannino, the owner/burger slinger at this East Vancouver spot, told Daily Hive it’s something that’s been on his mind for a while, but it was only officially made a policy two weeks ago.

“I love restaurants and I love eating,” says Colannino. “But I hated the fact that people go to the bar or are out eating and they’re on their phone.”

The restaurant owner, essentially “fed up” with seeing everyone on their devices, decided to make some changes at his eatery including extended hours and a firm policy on the use of cell phones in Trans Am.

Patrons are told about the rule upon arrival, and after that, it’s a three strike system for customers who attempt to use their phone while inside.

“The feedback has been amazing, a couple people here and there that don’t like it,” says Colannino. “A lot of my friends in the industry told me I was crazy and I’d lose a lot of business, and it’s been the opposite to be honest.”

Colannino says he’s been turning up the music to accommodate the loud, constant conversation at the 13-seat spot since the rule came into effect.

As for those who aren’t down with the new policy, Colannino says there’s only been one instance where someone pushed their luck with the three warnings, a patron who wanted to snap a photo of a Trans Am burger (aka one of the best in the city, in our opinion).

The customer ended up risking it all, taking the photo, and Colannino politely handed them their bill cutting their visit short due to the violation.

“I gave them their bill and they said ‘I have a drink coming’ – I said not anymore.”

Despite one incident of rebellion, Trans Am customers have largely respected the new rule and are enjoying the tech-free zone while they can.