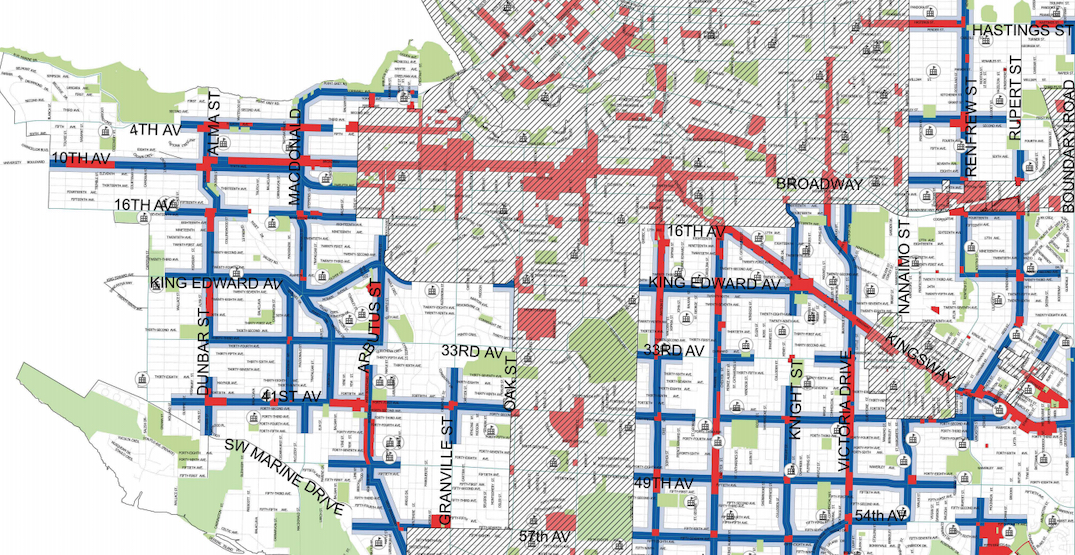 Map of locations for the Secured Rental Zoning for Low-Density Transition Areas. (City of Vancouver)

The City of Vancouver is seeking additional public feedback for the technical details of its new secured rental policy in low-density transition areas, especially single-family lots.

This new rental zoning follows the November 2019 approval of the policy, but city staff are still working on the precise details that could change arterial streets and adjacent single-family city blocks across the city. The new policy will streamline designs, and shorten the application process by about six months to help deliver more affordable housing.

The changes span stretches of major arterial roads, except for areas that have seen recently approved community plans or are currently undergoing a community plan process. 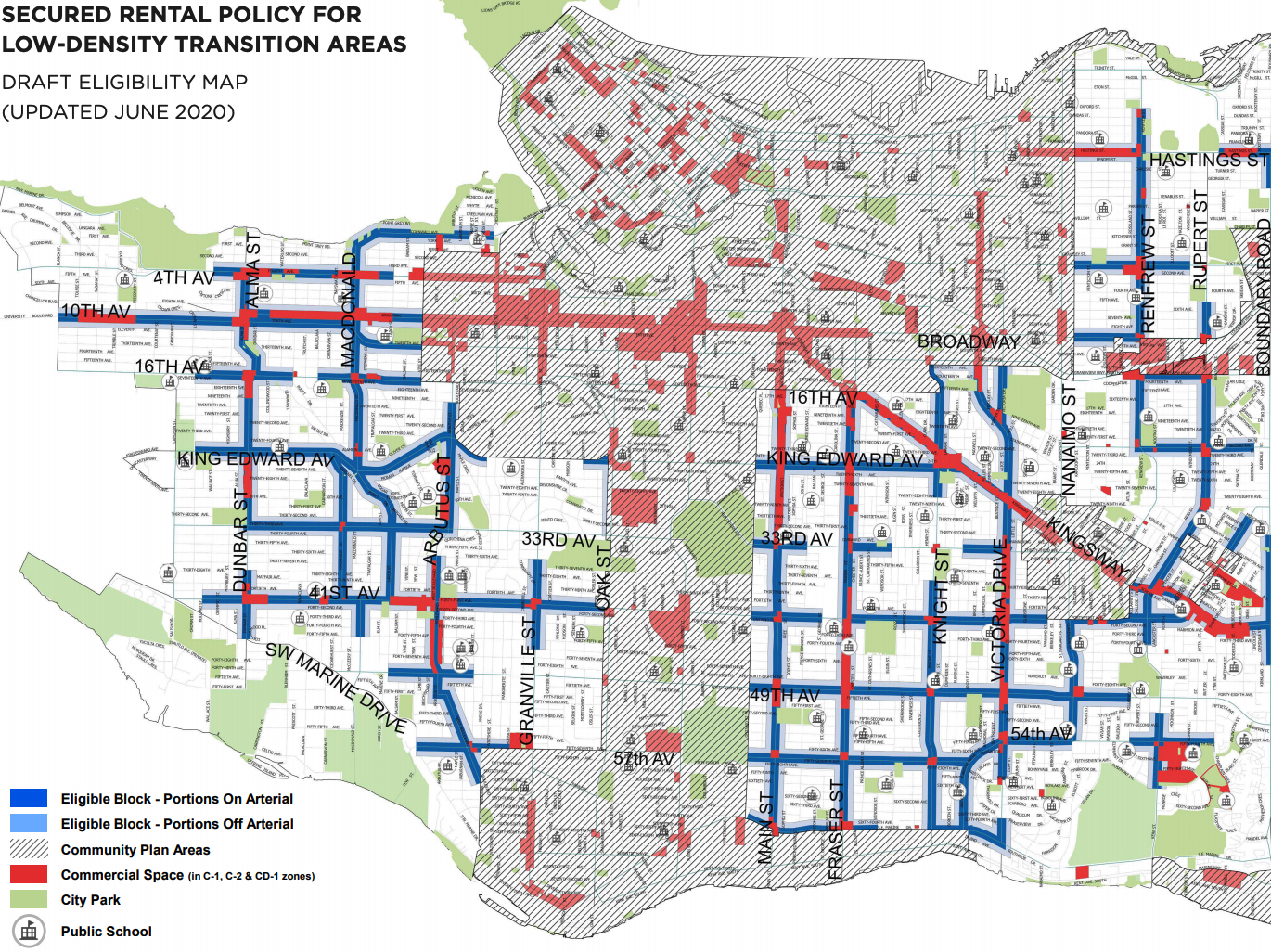 Map of locations for the Secured Rental Zoning for Low-Density Transition Areas. (City of Vancouver)

For sites along arterial roads, market rental apartment buildings of up to five storeys may be considered on city blocks that are currently zoned for residential-only use.

Rental buildings of up to six storeys may be considered, but at least 20% of the residential floor area must be dedicated at below-market rents for households with incomes of $80,000 and under. Buildings in commercial districts should also designate their ground level for retail and restaurant uses.

These redevelopments on arterials must have a minimum land assembly of three lots totalling 99 ft to avoid creating small orphaned properties with limited development potential. This includes leaving at least 99 ft of frontage for remaining lots next to intersection corners. 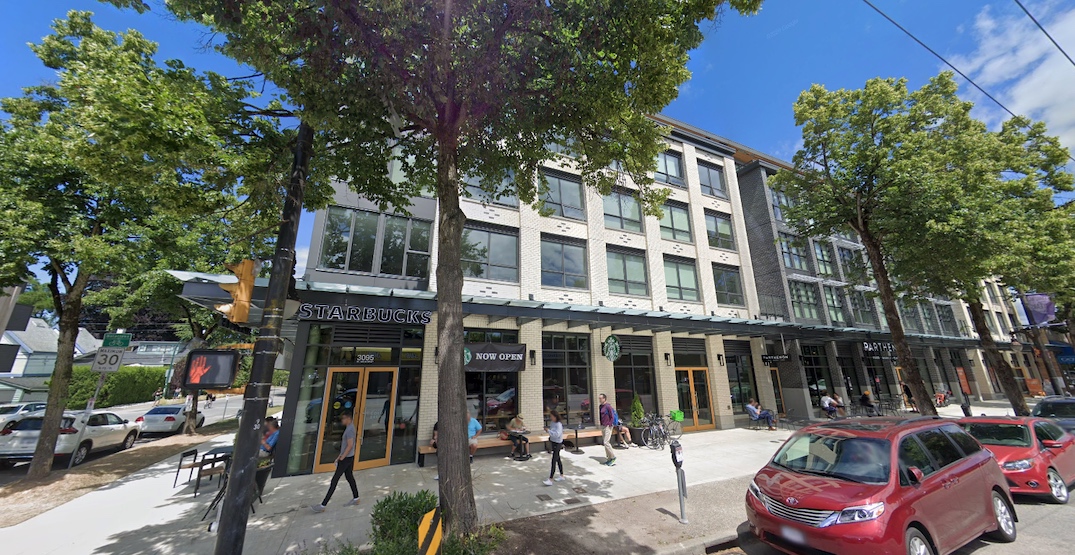 For the rental policy applied on 150-metres off arterial roads, a lower-storey transition will be created between the higher density redevelopments along arterials and the surrounding single-family lots that will remain. The forms that will be allowed off arterials include rental apartments or townhouses up to four storeys or three storey multiplexes.

Four-storey rental apartments must have a land assembly of between two and three lots (66 ft to 99 ft), and similar regulations will also be in place for townhouses. 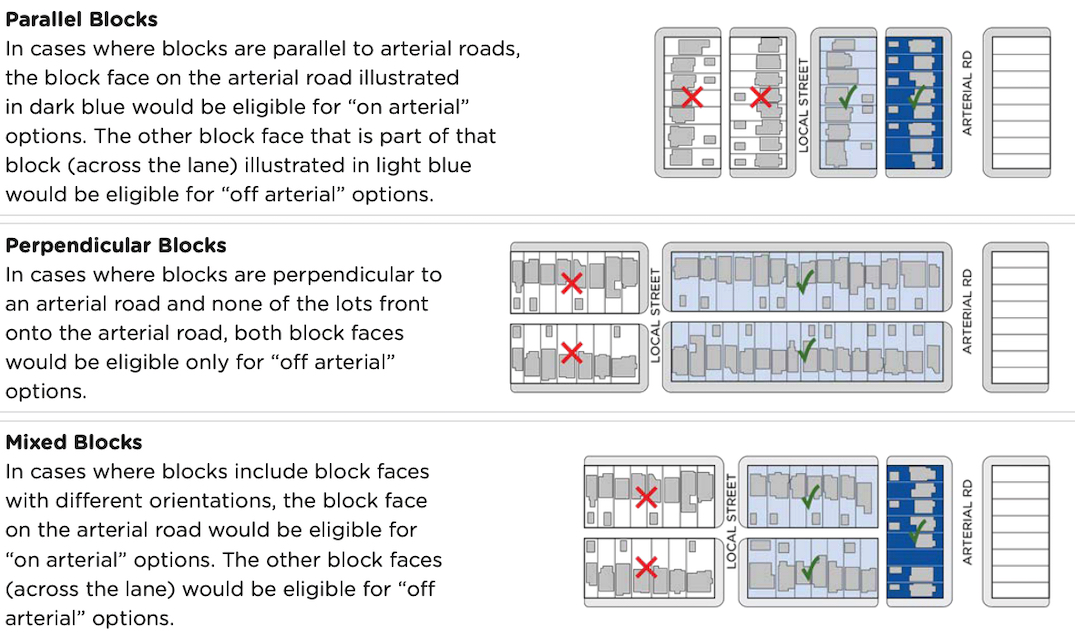 Following this round of public consultation, city staff will return to city council this fall for a public hearing on the new rental zone details.