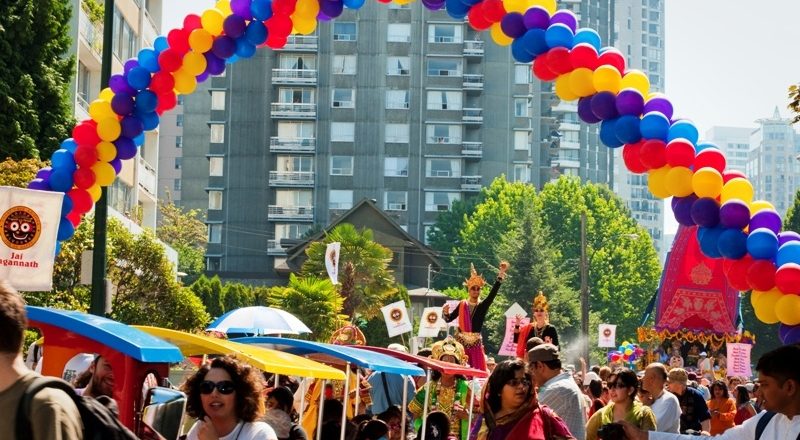 Vancouver’s Chariot Festival, also known as Ratha Yatra, is coming back to the city for another huge celebration on the weekend of August 20 and 21.

Over the course of two days, there will be several events to celebrate the Hindu festival, which originated thousands of years ago in Puri, on the east coast of India.

The first event on Saturday, August 20, will be Yoga/Kirtan Meltdown, featuring several musicians including Gauravanni of “As Kindred Spirits,” Karnamrita Dasi, and Nitaipriya.

Next up is the big parade on Sunday that has been a Vancouver tradition since 1973.

Despite having Indian origins, the parade touts itself as a multicultural affair, now more so than ever. The parade starts at Howe Street and winds along Beach Avenue to Stanley Park.

Finally, the weekend-long event is capped off with a post-parade festival in Stanley Park at Second Beach.

Daily Hive is a proud media partner of Ratha Yatra