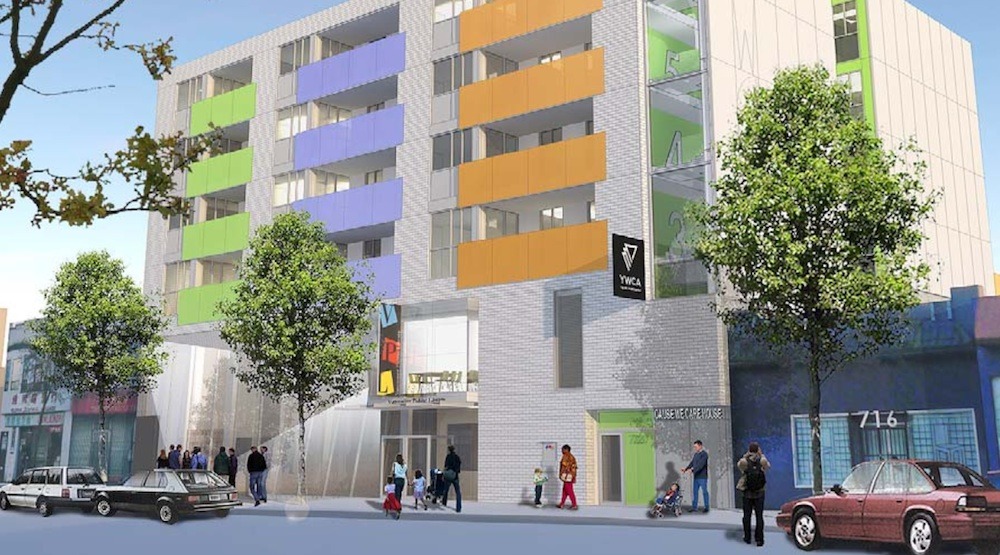 After years of deliberation and planning, the Strathcona neighbourhood will finally see the opening of its new and expanded public library this week.

The 11,000-square-foot Vancouver Public Library (VPL) branch is built into the base of a newly built YWCA building at 730 East Hastings Street, effectively replacing an already-closed library facility in the area.

At approximately 11,000 square feet in size, it will be one of VPL’s largest branches, and users can expect the full set of library services such as digital creation space and internet access, community gathering and meeting spaces, and a diverse collection of books, DVDs, magazines, and newspapers in English and other languages.

Comparatively, the 16,000-square-foot branch at Renfrew Park Community Centre is the largest branch outside of the central branch at Library Square in downtown Vancouver.

There are 23 branches across the library system, with the newest facilities being the Terry Salman branch at Hillcrest Community Centre, the Mount Pleasant branch, and the Kensington branch. The smallest and oldest branch is the Carnegie location on the corner of Main and Hastings street, just a few blocks away from the new facility.

A new 25,000-square-foot replacement branch is planned for Oakridge Centre as part of an amalgamated 70,000-square-foot civic centre, but the new facility depends on the uncertain redevelopment of the shopping centre complex. If it proceeds, it would more than double the Oakridge branch’s existing floor area of 12,000 square feet.

The new Strathcona branch opens with a public event on Wednesday, April 19 at 1 pm.

To acknowledge the area’s First Nations heritage, the new Strathcona library location is formally named as ‘nə́c̓aʔmat ct Strathcona’ branch, which is pronounced in the following way:

This is the first City of Vancouver facility to carry an indigenous name.

The 42,000-square-foot building also consists of 3,400 square feet of YWCA community programming space on the second floor as well as 21 YWCA supported housing units from floors three to six. There is also one level of underground parking, providing 12 car parking stalls and 36 bicycling parking stalls.