In our continuing look at Vancouver public art we come to the much talked about gigantic head in Yaletown park. Not to be confused with the equally scary 3 giant heads on No. 3 road in Richmond. This piece uses the medium of patinated bronze and sits at Yaletown park, staring at the beautiful people as they walk on by. I happen to think this is an awesome piece, even if it is a little on the creepy side, and this along with the Equestrian Monument are great additions to the Yaletown public art scene, if there is such a thing. Eros Bendato Scrippolato (Eros blindfolded and cracked) is a bronze sculpture made to look like a fragment of an ancient monument to Eros, the god of love. Known as Amor in Latin and Cupid in Roman mythology, Eros is the youngest, most mischievous, and beautiful of the immortal gods. Often portrayed with his arrows, Eros is represented here as blind folded, suggesting that love is blind, and also that Eros victims were randomly selected. [source] 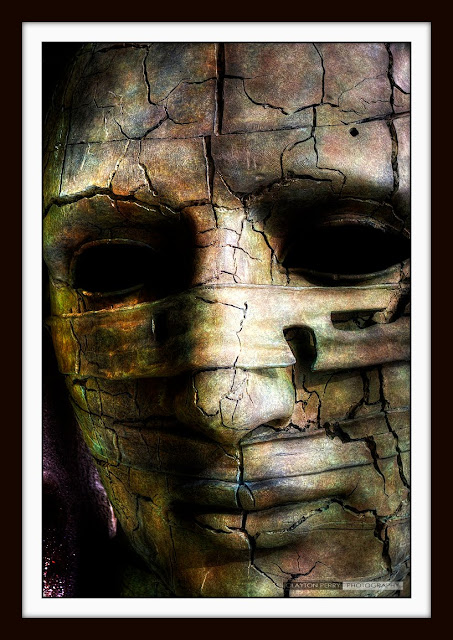 The head with its surface patina, cracked plates and pieces of shattered fragments suggest the destruction of objects and monuments brought on by time. Some suggest that this mutilated head represents a loss of history, myths and of a connection with higher powers; to others it is a criticism of contemporary civilization and a warning against its destructive power. [source] 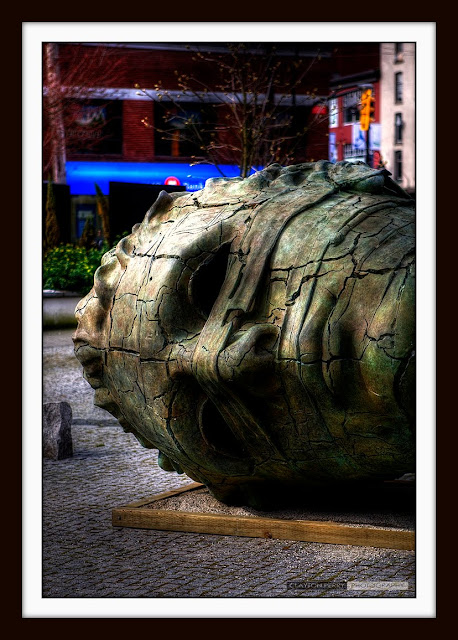 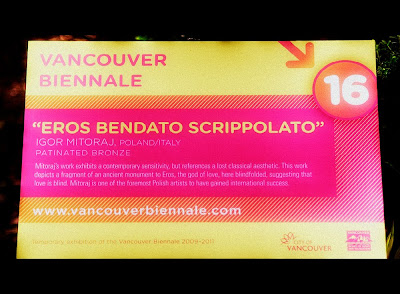