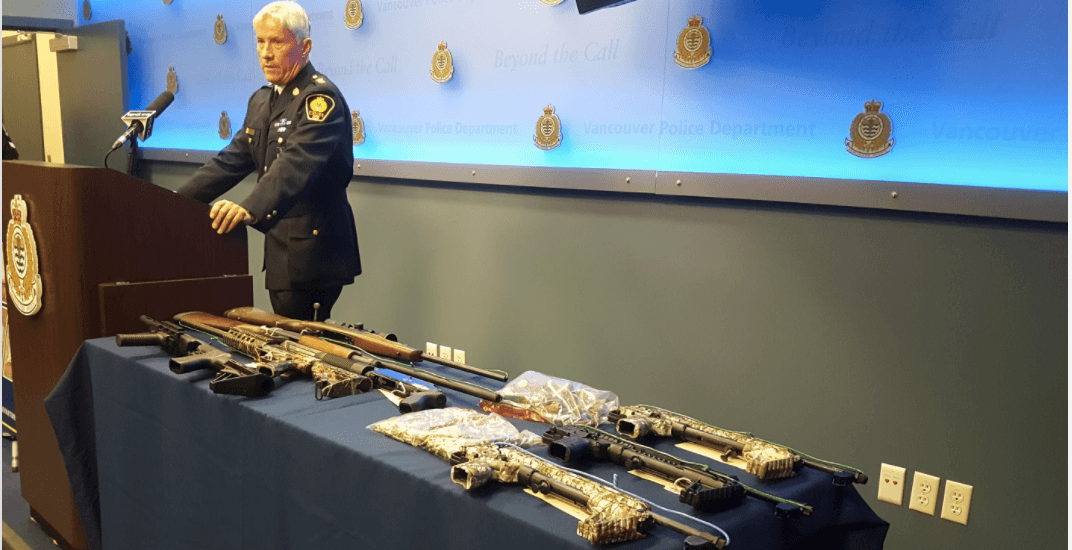 A five-month VPD investigation has led to the seizure of eight firearms and more than two kilograms of heroin, and fentanyl.

Known as Project Tariff, the investigation was launched in March to look into the activities of the Heer/Dhillon/Samra crime group.

The group was believed to be in conflict with other crimes groups involved in drug-trafficking and criminal activity throughout Metro Vancouver.

“We launched Project Tariff in response to increased reports of incidents of shots fired in Vancouver and the ongoing crime related to gang activity,” said VPD Supt. Mike Porteous.

“Over the course of the investigation, we obtained substantial evidence of trafficking of firearms, fentanyl, and other illicit opioids by this group.”

As a result of the investigation, four Lower Mainland-based alleged gang associates have been arrested and charged with various drug-trafficking and firearms-related offences:

A number of restricted and prohibited weapons were seized as a result of the investigation as well. 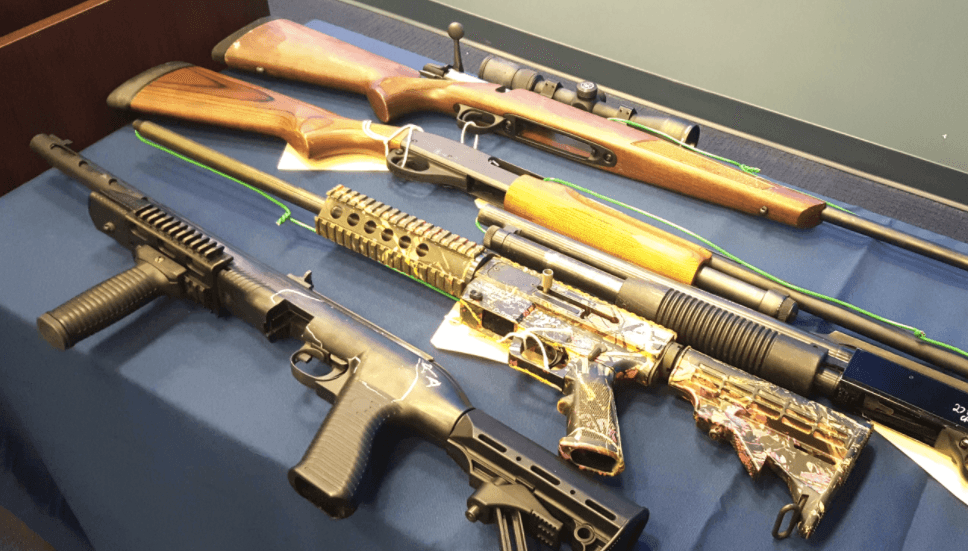 Some of the firearms seized (Eric Zimmer / Daily Hive)

The arrest also resulted in a number of drugs being seized in various amounts: 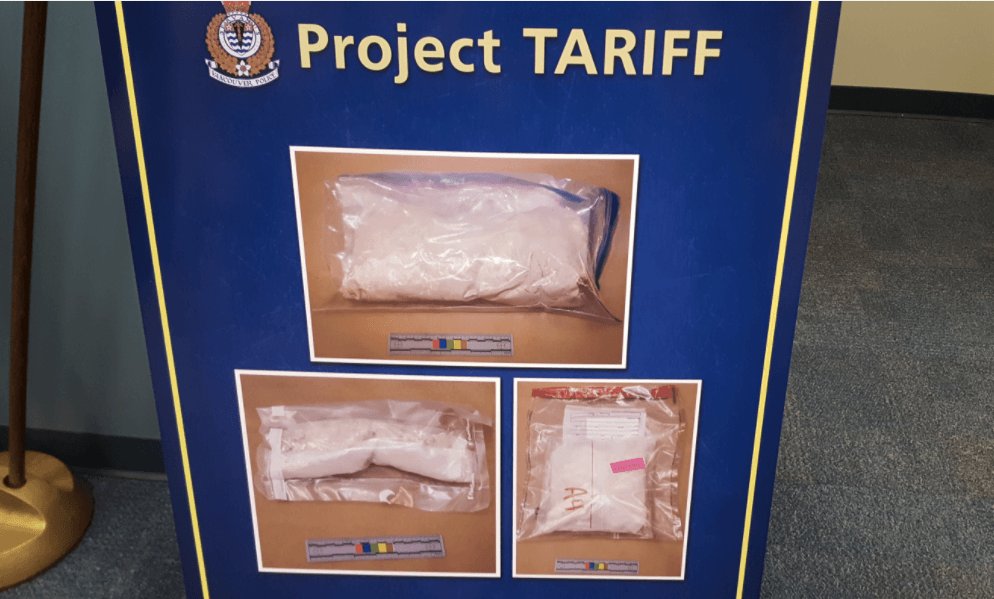 As to the size of the sting, Porteous said that “in the grand scheme of things” he considers this to be “near the higher end,” noting the seriousness of the weapons that were seized, as well as the amount and type of drugs.

“There is a significant amount of fentanyl, which, as you know, is at the core of the ongoing opioid crisis in the Downtown Eastside and across the Lower Mainland,” he added. “It’s hard to quantify the amount of street-level value of this level of fentanyl.”

And while he couldn’t give a specific total dollar amount, Porteous said he was talking “in the millions.”

Asked about the seemingly ongoing gang violence, Porteous said it’s a result of competition for business in the drug trade.

“That would apply to any type of economic situation,” he said. “Usually the violence is related to instability… a disruption in the economy [of the drug trade] that causes gang violence and that’s what we’re seeing here.”

The seizures, he said, “occurred across the region. We executed search warrants in Richmond, Surrey and Vancouver.”