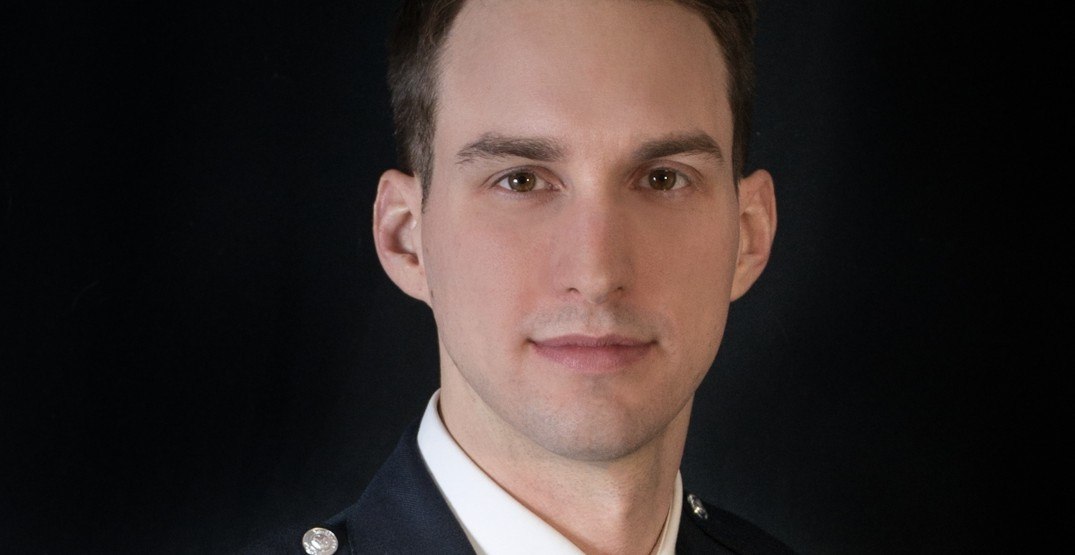 For the second year in a row, a Vancouver Police offer has been named as one of the world’s top 40 law enforcement professionals under the age of 40.

The award is given out by the International Association of Chiefs of Police to individuals who demonstrate leadership and exemplify a commitment to policing.

Detective Constable Blake Chersinoff has been with the Vancouver Police Department since 2008. Chersinoff currently works in the Sex Crimes Unit and has also served as a patrol officer, neighbourhood community policing officer, and has worked on several special projects with the force.

In 2011, Chersinoff served as one of the four liaison officers at the Occupy Vancouver encampment site. He worked in and among over 100 tents and thousands of protesters and became a familiar face as he built relationships in a sensitive political situation.

Chersinoff and his fellow officers received a Chief Constable’s Unit Citation for their work at Occupy Vancouver site.

He proposed the installation of high-visibility street signage in places where there were high concentrations of overdoses. This allowed people to provide emergency responders the exact location of overdose victims in order to limit wait times.

In 2015, Chersinoff worked to reduce discarded needles on city streets and parks. He consulted with multiple municipal agencies including AIDS Vancouver, Vancouver Coastal Health, Street Youth Job Action, and the City of Vancouver, to coordinate the installation of needle boxes and community cleanups around the city.

Chersinoff spends his spare time volunteering as a board of director for the Roundhouse Community Centre. Recently, he led the fundraising committee, which raised $250,000 for the community theatre. He also volunteers for the VPD credit union.

He has also received several awards including the City of Vancouver City Service Award and the Borstal Association RJ Canuel Award of Excellence in Community Crime Prevention.

“A career in law enforcement has given me a concrete way to make a positive difference in other people’s lives,” said Chersinoff in a release. “I chose a career where I could work with great people and make a difference.”