Vancouver Police announced they have “narrowed their search,” as they look for a vehicle and driver involved in a hit-and-run last month.

Around 2 am, just hours after the final Honda Celebration of Light night fireworks on August 5, a 22-year-old man was “walking in traffic when he was hit by a vehicle driving southbound in the far left lane of the Granville Bridge,” said police.

The man was rushed to hospital with serious injuries. He has since been released and continues his rehabilitation.

The driver of the vehicle did not stop following the collision.

But based on evidence collected at the scene, investigators determined that the corner portion of the front driver’s side headlight of the 1992-94 Toyota Camry was damaged in the collision.

“The evidence left at the scene by the early 1990s Toyota Camry leaves little doubt the occupants knew they hit something,” said VPD Const. Jason Doucette. 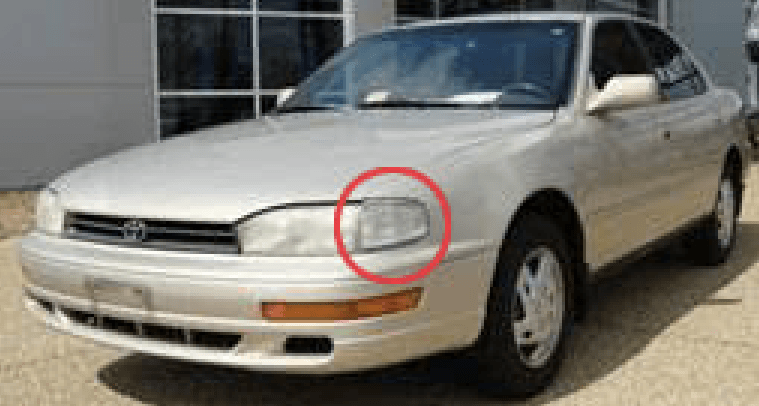 While they noted this is not the actual car, police said the vehicle involved looks similar to this one, and would have damage to the area circled in red. (Vancouver Police)

“With the information about the damaged headlight, and the vehicle make and model, we are hopeful someone will come forward to help us figure out what happened.”