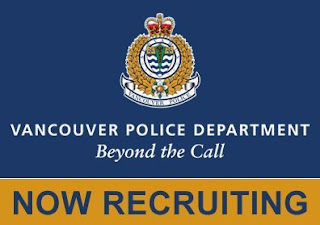 A friend of mine, Rab Panesar, posted a note on Facebook about a recent horrific experience he had with the VPD. The full story, unedited, below:

A friend of mine has organized his birthday there, told us to be there around 9pm. I head down there with 2 friends of mine in an SUV. All is going well we are looking forward to a good fun night. Get to the lounge and go straight to the bar. We get 2 rounds of drinks and just chill at the bar still. I go to the washroom, come back and have another drink. All is well and everyone is having a good time, VPD enter the lounge. They dont phase me, as i am not a criminal and dont intend of breaking any laws any time soon. They walk around, do their “routine checks”. I go to the washroom again. As i am in the washroom, i am approached by an Officer accompanied by many others. I am asked to provide ID. I do so and question it, i get an answer with words to the affect of “because i want you to”, i shake my head and present my ID. After 5 Minutes of them writting down my information, i am advised that i must leave the lounge by an Officer. I again question this, and explain im only here for a little while longer and it’s my friends birthday. They tell me to leave. I say fine, as they are escorting me to the front door, i grab my jacket and hoody. I put my arms into my sleeves and am pushed onto a bench and forced to stay down while officers are handcuffing me. The whole time im asking “What did i do?” Shouting “What did i do”. They tell me im acting really smart and not listening to them. I keep asking them what i did wrong and now they say im resisting arrest, while my hand are tied behind my back and im being “Man handled” by atleast 4 grown males and atleast 1 female. I tell the officers that i did not know what was going on, they told me to leave and i was on my way to. I told them i didnt get whst was happening. They said i had been out of line and now had to suffer the consequences. Me, still being baffled by this whole ordeal still kept asking what i did wrong. No answer. I begin to beg the officer to let me go, as my Girlfriend was on her way to pick me up anyway, they did not listen and was bent on taking me to the Paddy wagon, i still begged. They forced me into the wagon and left me in there, i called out for someone numerous times telling them my handcuffs were too tight and i could not breathe properly, as they hurt my ribs somehow and the wagon has no air supply coming in. No one would give me an answer or come to my aid. They took me what felt like a 2 hour cruise around downtown before coming a police station. I was advised by one Officer to just do as they say and i would be out really soon. i complyed, and did exactly as they asked but was there for about 5-7 Hours. i was locked in a cell and they said i would “take a sober test” soon. I said i was not even drunk and would like to take the sober test now. I was told i could not. Locked in a cell with a T-Shirt on, i was freezing and shivering a lot. I asked one of the officers countless times, if i could get a blanket or my hoody.He said he would look into it and that i should “do push-ups to get warm” I told that my ribs hurted and could not do push ups. He said i would be out real soon anyway. I was out in what felt like 2 hours after that.

I still do not know what i did wrong, i am still truamatized from this whole experience. I cannot believe that these are the same people that we as canadians employ this people to keep us safe. I felt like i was treated less than the scum of the earth that night. I was wearing a white christian audiger t shirt which i believe is one of the reasons i was picked out. I am also Brown in skin color which helped them pick me. I feel very embarressed and discriminated against. I dont question them questioning me, thats fine. But when they ask you “what do you do?” and you answer i work at a bank and canada revenue and i go to school, they should check the validity or your answers and if you are what you say you are then they should not keep sterotyping you. They are out prowling clubs and bars for “gangsters” while people are shooting up houses, cars, apartments, people. People are cooking up their next batch of crack, trimming their plants, pressing their caps. While there are regular working people just out to have a good time CONSTANTLY being harrassed by the people slacking on their jobs.

The abuse of power is a whole other argument. Police officers should have Professionalism, they should not talk down to you, but as an individual. They should listen to what you have to say about something before taking action if any. They provide a service so they should act like they are. For example, if at the bank i have to hold a customers cheque, i ask them if the cheque is regular, do they require the funds right away, i dont just say oh im holding this cheque, thanks bye! Thats not professional and nor is it compassionate nor is it acceptable for me to possess such power. I think Police officers have way too much power and we the public has no say in anything against it. Use of excessive force should be addressed. How the fuck can you taser a man 5 times becuase he picked up a stapler? And then get no sort of punishment for it after. What’s the world coming to? Picture someone else telling the story, a store owner perhaps shoots a customer. Police come and ask what happened, the store owner says “Oh he picked up a stapler and raised his hand so i shot him” The store owner would be held accountable for his actions . I know its not the same thing, but theres 6 officers and 1 person, surely 1 brain out of 6 should have thought ok that is enough. Surely 2 of those 6 men could have managed to take care of the man and his stapler let alone 6.

I am dissapointed in VPD and dont know what to do about it. I will try my best to file a complaint against them, but who knows what good that will do. So for now, its Mother Fuck ’em!

Obviously, Rab is very angry, as he should be. We can debate the root of the overall problem at hand. It can be anything from an unskilled police force (due to an oversupply of labour), to a disturbing social misconstruction. These types of offenses occur too often and something needs to be done to diagnose the cause and effect so we can tackle the problem at hand. In the meantime, hopefully justice is served to the police officers involved in this sad event.