The VPD Traffic Section launched a new look and a new ride for its members.

Over the years, the Traffic Section has used a variety of motorcycles, including BMW, Yamaha and Kawasaki, but in its 97-year history, Harley Davidson is the model used most often. Currently, the fleet consists of 34 2006 and 2008 Harley Davidson King motorcycles. 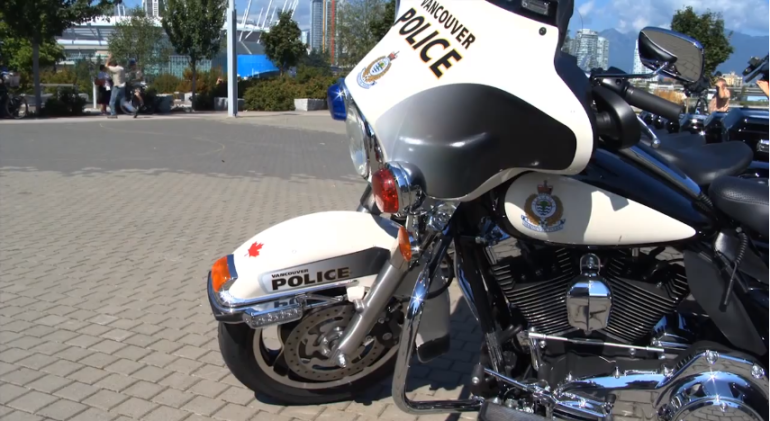 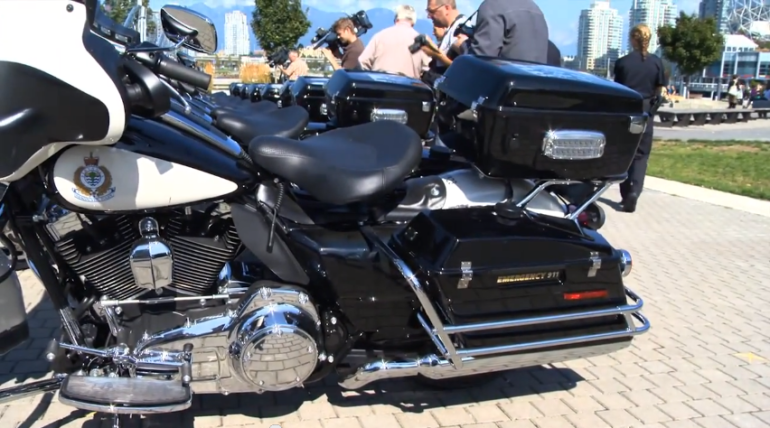 The 2013 Harley Davidson Electra Glide police motorcycle is 850 lbs., 1690cc, 103 cubic inch engine, 72.8 hp and air and oil cooled. The bikes also feature the new black and white graphics the VPD has adopted for its vehicles. Each bike also includes a different black and white historical photo of Vancouver Police motorcycles throughout the years. 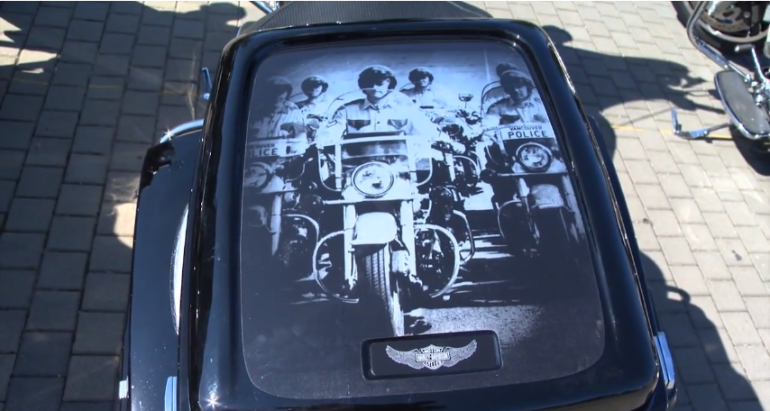 There are a number of advantages of deploying police officers on motorcycles than vehicles:

Manoeuvrability – Motorcycles can go places a car cannot.  For instance, motorcycles can navigate through grid-lock traffic to attend an accident scene. They are far more adaptable in higher speed activities such as VIP escorts and slower speeds like parades and protests.

Accessibility – Motorcycles can access places like park trails and other confined areas.  They have been used in searches for missing children or suspects in recent crimes. Motor officers are more easily approached, than officers in cars.

Visibility – A police motorcycle stands out in a crowd.  It looks and sounds distinct.  It also gives the motor officer a higher perch than typical motorists and a largely unobstructed view of his or her surroundings.

In Vancouver alone, there are up to 44 traffic officers on motorcycles dedicated exclusively to enforcing Federal, Provincial and Municipal laws related to road safety.