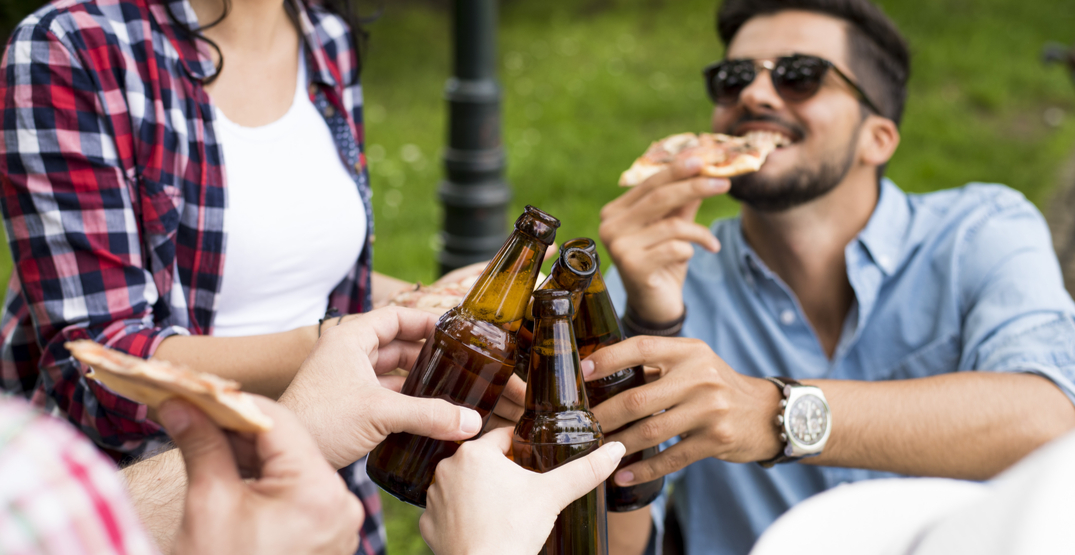 The Vancouver Park Board (VPB) is set to review a bylaw amendment that, if passed, would allow for a pilot program to test public alcohol consumption at local parks.

“Vancouver’s parks and beaches are vital in providing space for healthy recreation, leisure, and social connectivity,” reads a report from Park Board staff. “The discussion around allowing alcohol consumption in parks has become more timely in light of the COVID-19 pandemic.”

Municipalities such as Port Coquitlam and North Vancouver have already passed bylaws allowing for alcohol consumption in public spaces like parks and urban plazas.

One of the main reasons for making alcohol consumption legal is a matter of equity. A number of residents don’t have access to a private yard and thus rely on parks and beaches for safe, physically distant gatherings with friends and family.

While the City of Vancouver has mulled over the idea at several council meetings, such a program has yet to come into effect. A motion passed by city council last month, however, encouraged the Park Board to jumpstart a pilot program “as quickly as possible.”

Should the VPB pass this bylaw during Monday evening’s meeting, public drinking would be allowed at the following 10 parks:

The pilot program, according to Park Board staff, would be ready to launch in mid-July and would run until mid-October. 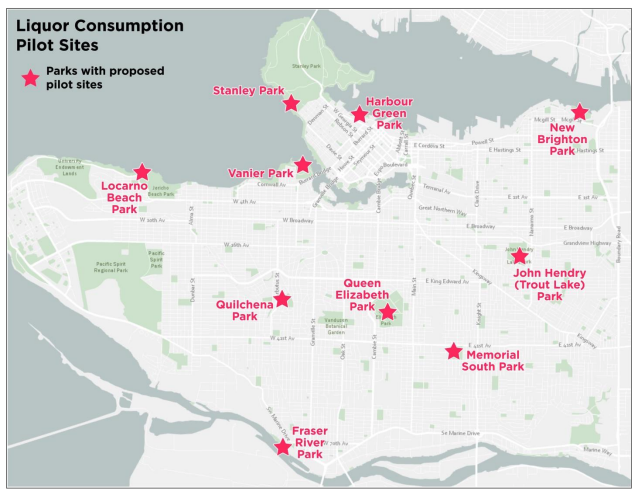 Staff would then use information, usage metrics, and feedback from the program that will be used in a “feasibility study” and later reported back to the Park Board.

The locations were selected based on the criteria of being highly visible and accessible by emergency vehicles. A number of requirements were also set, including being equally accessible, have proper washrooms, trash, and recycling access, and have amenities for socializing such as benches, picnic tables, and shelters.

They also needed to have minimal potential to disrupt neighbours and residents, be a certain distance away from playgrounds and schools, and be away from beaches with swimming areas.

Consumption will only be allowed at specific areas of each park, however. 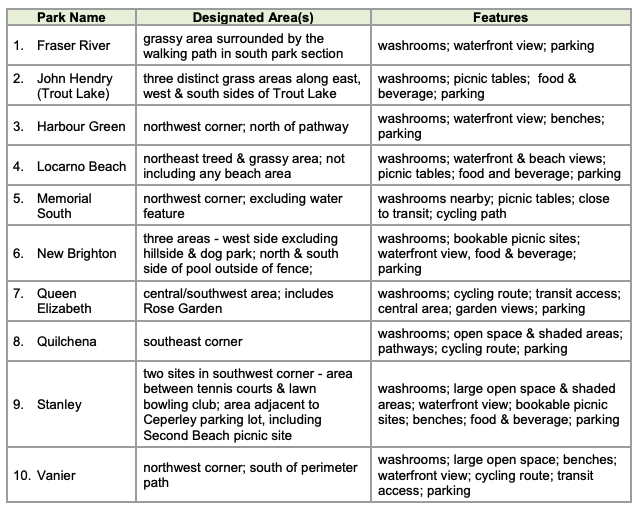 Details and amenities of each proposed consumption area.