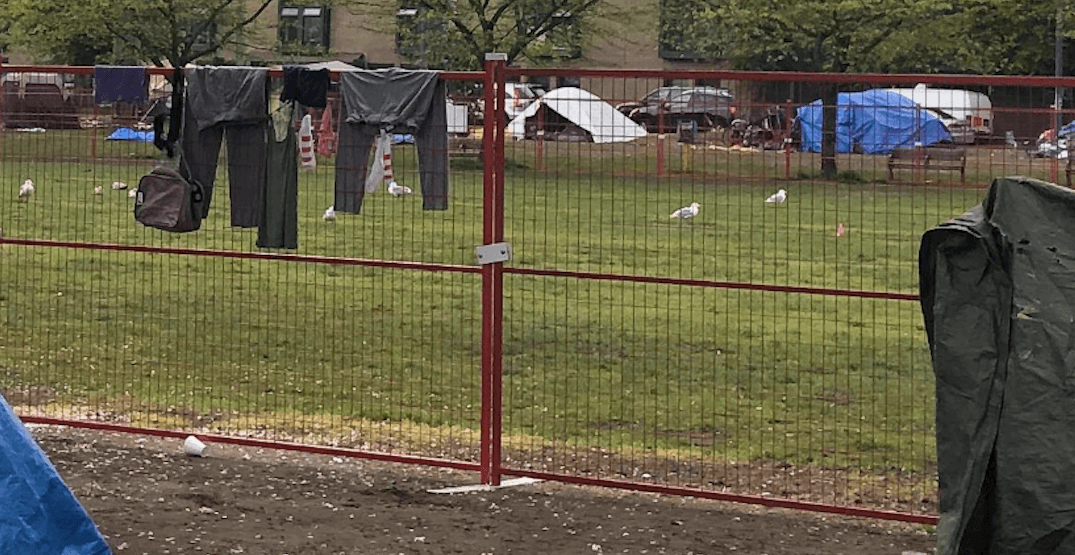 One week ago, the Vancouver Park Board set up perimeter fencing around Oppenheimer Park.

Tents were cleared out of the Downtown Eastside space and to some, it was thought that the move was an attempt to move homeless campers out of the area.

Park Board staff were quick to assure that the fencing was needed for some much-needed repair work on the field.

Now, despite the Park Board’s statements, the perimeter fencing has been removed ahead of a planned protest that’s taking place next week.

The protest takes place on Tuesday, May 7 and is being organized by the Vancouver Area Network of Drug Users, Carnegie Community Action Project, American Indian Movement, and Our Homes Can’t Wait.

“The Park Board is reluctant to take the measure of removing the fence, however, it is necessary for the interest of public safety,” reads a statement from the VPB. “Removing the temporary fencing means that repairing the field will no longer be possible ahead of community gatherings.”

The statement also mentions that the fencing “would have been removed ahead of National Indigenous Peoples Day on June 16” and was necessary “to ensure the fertilization and seeding could flourish.”

A small portion of fencing remains around the medicine garden and will stay there until mid-June as the garden beds undergo restoration.