Whether it be from the internet or from print, odds are you’ve probably seen at least one photo by Vancouver’s Chris Collacott. He’s the man behind the stunning work produced by aVision Photography and several of his photos featuring Vancouver recently won top awards in the 2013 EPSON International Photographic Panorama Awards.

With a total prize pool of $40,000 including $8,000 in cash, over 4,000 entries from 843 of the world’s best photographers (from 57 countries) were entered into the competition, including 2,264 entries into the “Built Environment – Open Award.” The city of Vancouver was well represented in the category’s Top 50 with three photos by Collacott snatching 4th, 17th and 18th place (see images below).

In addition to that feat, one of his photos won the winning award for the “highest scoring gigapixel image in the open competition” (first photo below). And if that wasn’t impressive enough, seven other photos by Collacott were also awarded Silver and Bronze recognitions (see images in the interview).

Some of Collacott’s other notable accomplishments include having one of his Vancouver skyline photos showcased on a 23-foot long mural in the Vancouver Olympic Village during the 2010 Winter Games. He is also a featured artist at the prestigious Art Rental and Sales (ARS) program at the Vancouver Art Gallery and is an accredited member of the Professional Photographers of Canada.

It’s no secret that Collacott is one of Western Canada’s best landscape photographers, and he has been one of Vancity Buzz’s long-running favourites and most-featured. Be sure to follow him on his Facebook page and visit his Flickr feed for more breathtaking photos of Vancouver and other regions of British Columbia and Alberta.

“Electric Vancouver” is the image that got highest scoring gigapixel image and 4th overall winner for the “Open Built Environment” category of the EPSON 2013 International Pano Awards. This specific scene and vantage point is one of the most challenging – as to achieve gigapixel image quality, a lot of photos have to be taken in a short period of time due to the rapidly changing light as twilight turns into night. With over 120 images, this is one of the highest resolution skyline images in my inventory. As this image reached the Top 10, it is currently featured by EPSON at an art exhibit in Melbourne, Australia.

“Golden Harbour” scored #17, making it into the top 50, and this one was taken from Stanley Park. You can just make out the 9 o’clock gun to the left. While this is not a gigapixel sized image, it is still a multi-row pano rending ultra-high resolution – allowing the image to be printed very large while still delivering amazing detail and crispness.

“Crown of Vancouver” scored #18 and made it in the top 50 as well. This near nighttime image is also a multi-row panoramic featuring Science World and, of course, BC Place Stadium which looks much like a crown of our city. There was a lot of debate on if the look of the new roof was better than that last – but from a photography perspective, I think it looks fantastic.

Tell us just a bit about yourself. And what is aVision photography?

I was born in Ottawa, lived in Japan for four years, Sri Lanka for another four years and by the time I was 12 years old, I visited over 40 countries. My father was a Canadian diplomat, which allowed me to have that wonderful experience. One thing that I took away from that is really seeing the natural beauty of our planet – and just knowing and appreciating how many places are beautiful.

Even as a child, i enjoyed taking snapshots from a film point and shoot and would occasionally take a decent one which I would be happy to look at. Until November 2012, I had worked in the IT industry for almost 17 years. While I did enjoy working in that industry, being outdoors and pursuing my passion finally gave my IT career the boot. I’m happy to be full-time now, and it has been the best career decision I’ve had by far.

I now live in Metro Vancouver with my wife and two young children, and am in the “Best Place On Earth” for what I love to to do: take photos. Honestly, and no offence to those from Houston, Texas… had I grown up there, I don’t think I would have gotten into photography!

As for the name “aVision Photography”… I had actually gotten that domain when I was in IT and planned on using it for personal contracts… but it seemed to be a nice fit when I changed to photography. 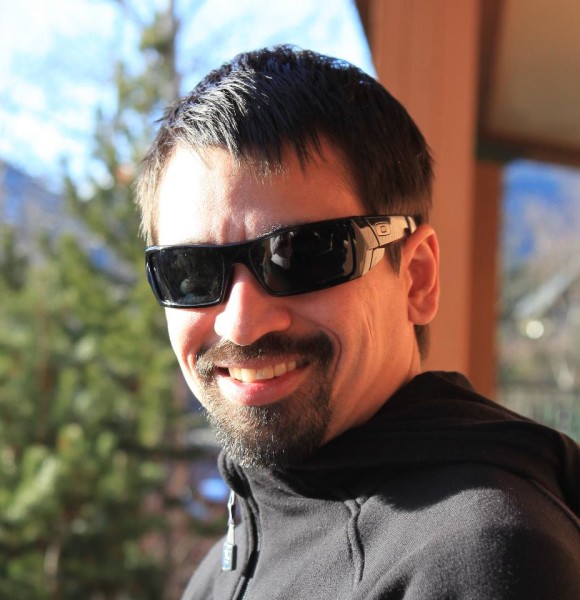 What interested you to become a landscape photographer? Why does it appeal to you so much?

I’ve always loved being outdoors in nature surrounded by amazing landscapes. I almost feel like it is my ‘true home’, and when I discovered that I could take a picture of that and bring it back home with me, that was what got me going. At first it was just a 35mm film point and shoot, and I would create panoramics by getting 4 images developed and using scotch tape to ‘stitch’ them together. Of course now, with the right tools, I’m able to achieve much better ones.

What was your first camera?

It was some model of Olympus point and shoot film camera – back in the early 1990s… don’t remember exactly what model. I got my first DSLR in 2008, so not that long ago.

How do you plan for your photo shoot? What kind of homework/preparation is necessary prior to an planned on-location landscape shoot?

There is a lot of planning in a shoot for most cases. The goal is to maximize the chances that I will get a successful shoot. So knowing the position of the sun, where it will set or the level of the tides… these are just two examples of variables that I can forecast long in advance. Of course, the big wildcard is the weather and light. That is the final determination of how well it goes.

On many occasions, despite all the ‘forecasting’ of other variables, I’ve spent as long as 5 hours outdoors for a shoot. But I would never take my camera out of the bag if the weather did not co-operate.

How would you describe your photographic style and where do you get your inspiration?

My passion seems to push me towards taking large panoramic images of sweeping nature and urban scenes. While I do enjoy taking ‘single shots’, I usually end up doing what I love the most.

How do you know you got the shot you wanted?

I usually know when I see the scene in front of my eyes. The shooting is then just capturing what I see. Only occasionally do I mess up that part now!

What are the greatest challenges with making good landscape photos? What was your most difficult shoot?

I think the one of the biggest challenge is knowing when to go to the location – and if the weather will co-operate. Some of the places I want to shoot are a long drive and may require hiking.

With unpredictable weather, making that decision to go is often a mind-bender. The most difficult shoot I have done would be in Lake O’Hara, which is near Golden, B.C. The main challenge is more of a physical one, however, as now I am pushed to get to higher places and that requires a lot more hiking and climbing!

Do you have any favourite photo shoot locations and why?

If there is any place that comes to mind that got me into photography, it would have to be Garibaldi Lake and the surrounding areas. It is easy to access, the views and geography are just amazing. Lake O’Hara area would have to come to a close second.

I have accumulated 27 awards overall now, and it is probably easier to refer you to the full list here.

Where can I buy print/canvas versions of aVision Photography’s work?

I currently have 22 retail gallery locations in Metro Vancouver that carry and sell my work. Click here for the list of locations/addresses.

Of all the those locations, if you just wanted to go see some big prints on the wall, these specific locations would have a larger inventory to show: Blue Seas Gallery (Granville Island near the Aquabus terminal), Fast Frames (Denman and Nelson in Downtown Vancouver’s West End) Blue Lotus Gallery (Oakridge Centre) and Smart Frames (Metropolis at Metrotown).

Do you have any advice for aspiring landscape photographers? Any practical tips?

Well, the biggest tip is get out there and shoot – practice, practice and practice! I feel that your gear (camera, tripod, etc.) are just your tools. The better you can use your tools, the better the results will be when you have that amazing scene in front of you.

I sometimes compare it to learning how to play the guitar. At first, you have to really think and force your fingers to the right places to get that chord. With enough practice, you no longer have to think about where they go – they just go automatically as you feel the music in you. This is same with using camera gear, they are simply tools to capture the scene, and how well you know how to use them can make a huge difference in the final results.

What is the biggest mistake people can make with their landscape photographs?

Well, if the person who took the photo – likes their photo – then there is no mistake at all in a sense. How photos look is such a subjective thing, one person may think one image is bad, while another may love it. So other than forgetting to bring your memory card or check to make sure your battery is charged, there can be little in the way of ‘mistakes’. If you love it, then it’s good!

Many people ask me if i use a robotic head device and or take multi-bracketed photos (for HDR), and the answer to both is no. I would be more than happy to answer any questions about specific images, feel free to like my Facebook page and comment! I love to share my passion and am not one to be ‘secretive’ in terms of locations and technique. So come like my Facebook page!