A total of 11 individuals died from suspected overdose deaths within the City of Vancouver, marking the worst week on record for such fatalities in 2018 to date.

The municipal government says the data was provided by the Vancouver Police Department and it shows that the crisis continues to impact the city at alarming rates.

There was also a surge in overdose response calls for Vancouver Fire and Rescue Services for the week of July 23, with 147 calls recorded last week – a 47% increase over the previous week and about a quarter higher than last year’s weekly average.

“While the latest report from the BC Coroners shows that the number of suspected overdose deaths across the province decreased slightly in June, we don’t see signs that we’ve turned a corner on this public health disaster in Vancouver. A poisoned supply of street drugs continues to kill our loved ones and devastate families across our city. Lives are on the line— people need access to safe prescription drugs rather than being forced to turn to the deadly drugs from organized crime on our streets.”

While Vancouver experienced an unusually high mortality from suspected overdoses over the last few days, BC Coroners Service reported earlier this week that there was a declining trend in overdose deaths during the second quarter of 2018.

So far this year, 206 residents of Vancouver have died as a result of a suspected overdose. In contrast, throughout all of 2017, a total of 366 people died in the crisis – an average of one death per day. 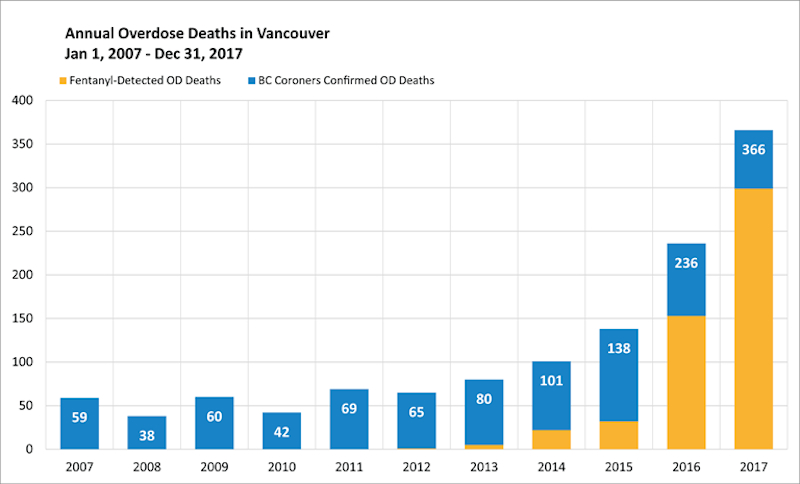