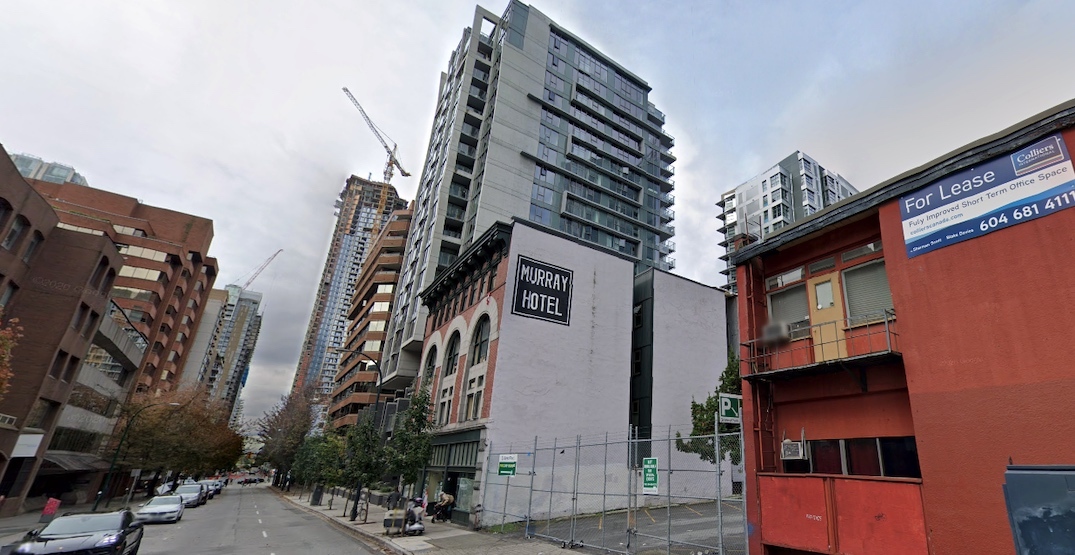 The empty lot at 1115 Hornby Street, next to the Murray Hotel, is the site of new washroom trailers. (Google Maps)

Additional washroom facilities, as well as employment opportunities, have been rolled out for vulnerable residents in Vancouver’s downtown south and Downtown Eastside neighbourhoods.

The City of Vancouver has opened a new temporary washroom trailer, relocated an existing trailer, and will be installing an additional unit by the end of March.

The most recent facility opened on March 5 and is located at 1115 Hornby Street in downtown Vancouver, next to the Murray Hotel. An existing trailer was relocated from 62 East Hastings to 99 W Pender, and a third trailer will be installed in the downtown Eastside by the end of March.

In early February, the City received $4.9 million in federal funding, which was to be used to support the city’s most marginalized residents.

Each location is operated and managed by a different non-profit between 8 am and 8 pm, and the trailers will be in place until at least December of this year.

“COVID-19 has magnified just how vital it is to have access to safe and dignified washrooms, and we are pleased to be opening these additional washroom trailer programs to meet that need,” said Mayor Kennedy Stewart in a statement.

$1.8 million of the funding will go towards the lease and renovation costs of a new 60-bed shelter.

The City of Vancouver announced earlier that it was currently waiting for confirmation of provincial operating funding of this location as well as several other options to assist residents that are experiencing homelessness.