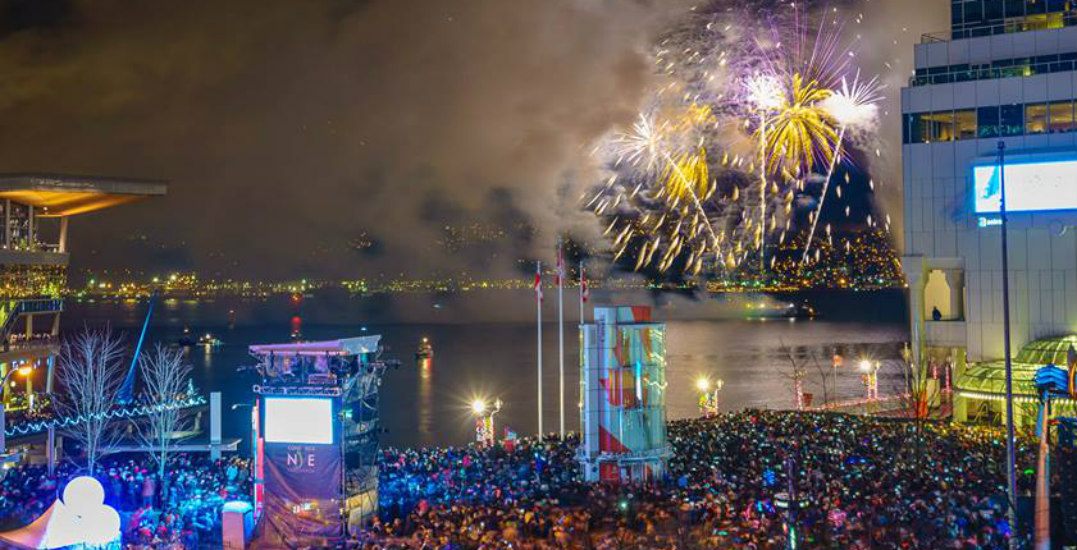 The countdown to New Year’s Eve is on and if you’re going to be in Vancouver, there’s one massive party you need to be at.

Concord’s New Year’s Eve Vancouver is back and it’s set to be bigger and better than ever. Join over 100,000 Vancouverites and visitors alike as you ring in the new year at the city’s most epic party taking place at Jack Poole Plaza and Vancouver Convention Centre West.

There’s something for the entire family to enjoy from 7 pm through midnight at the fourth annual New Year’s Eve event. And after you attend, you’ll wonder how anyone ever called Vancouver the “no fun city.”

Here are five things that you can enjoy at Vancouver’s largest New Year’s Eve party.

Celebrate the night at Jack Poole Plaza where a free outdoor street party will be taking place. Hear the city’s top DJs live at the 102.7 THE PEAK and 93.7 JR Country DJ Tower, and check out the impressive 12-foot tall puppets, marching bands, and comedic performers, doing their thing.

Bring your appetite along to Vancouver’s best winter food truck festival. The free event will be taking over Canada Place Way with almost 20 of the city’s top food trucks. Take your pick from hearty eats from the likes of Original Hurricane Potato, Real Mac and Cheese, Japadog, Los Taco’s, Crab Park Chowdery, and Urban Wood Fire Pizza, and chow down.

Could you imagine a New Year’s Eve without fireworks? Luckily you don’t have to because Concord’s New Year’s Eve Vancouver is going to feature two huge fireworks shows. This includes a five-minute show at 9 pm for families and a 10-minute grand finale at midnight. To make the mesmerizing fireworks displays even better, both will be synchronized to musical soundtracks.

There’s something for everyone at this year’s Concord’s New Year’s Eve Vancouver — including the art enthusiasts. Explore expansive interactive art installations at the event where you’ll want to take plenty of Instagram-worthy snaps. There’s also going to be experiential attractions throughout the event space, as well as bar service.

Almost a dozen artists are scheduled to perform on The Peak Stage inside the Convention Centre’s grand West Ballroom. And to build the excitement of the coming new year, there’s going to be hourly countdowns for your enjoyment. Artists confirmed to perform at the event include Shawn Austin, The Tourist Company, The Paperboys, Groove & Tonic, and DJ Seko, among others.