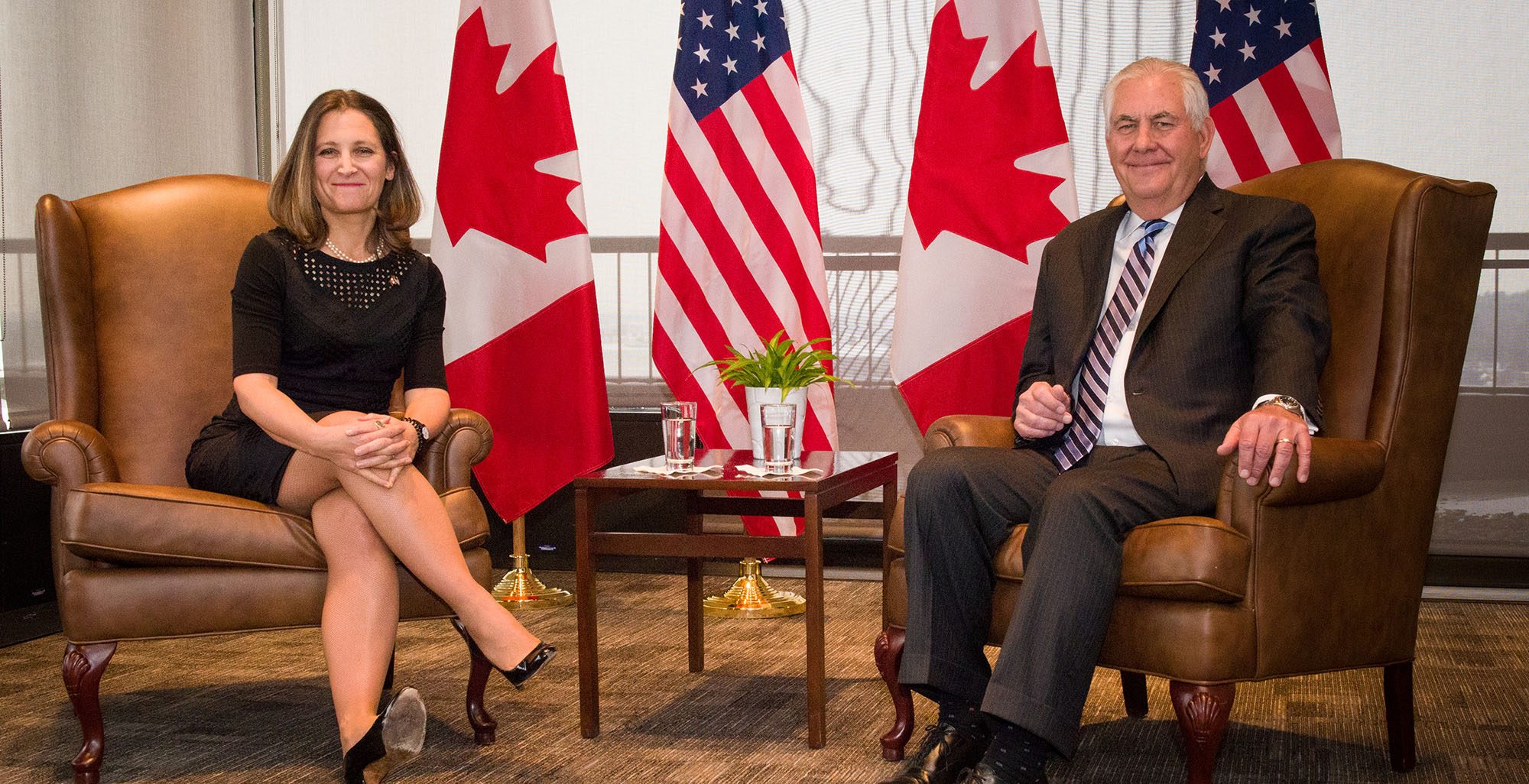 Foreign ministers from around the world are in Vancouver this week for a summit to show solidarity against North Korea’s nuclear weapons program.

Chrystia Freeland, Canada’s Minister of Foreign Affairs, is co-hosting the set of meetings with US Secretary of State Rex Tillerson.

Announcing the event in December, Freeland said it was important to show solidarity against North Korea’s “dangerous and illegal” development of nuclear weapons.

“Canada believes [it is important] to demonstrate to North Korea that this is truly a global issue, that the international community is united in condemning North Korea’s actions and in understanding them as a threat to our shared security,” she said.

The meetings will be held at the Vancouver Convention Centre on Monday and Tuesday, with ministers from South Korea, Japan, India, and Sweden also expected.

As well, Canada’s Minister of National Defence Harjit Singh Sajjan and US Secretary of Defence James N. Mattis will be attending.

Monday will see a series of bilateral meetings, while on Tuesday the group will review the current situation and discuss sanctions and non-proliferation of nuclear weapons.

Tillerson said the “Vancouver Group” was hoping to find ways to advance the pressure campaign against North Korea.

“[We want] to send North Korea a unified message from the international community that we will not accept you as a nuclear nation, a nuclear weapons nation,” he said.

“And that all of us share one policy and one goal, and that is the full, complete, verifiable denuclearization of the Korean Peninsula.”

Freeland said the emphasis is being placed on “diplomatic engagement and real conversation.”