A secret organization known only as Blackout has plans to destroy Vancouver. Only you can save the city from certain destruction.

Vancouver Mysteries has been on the case, solving murders, for over a year now with their hit urban game Crime in Downtown.

Now they’re branching into the shadowy world of spies with their newest offering Secret Mission, where players have the chance to find hidden messages, decipher cryptic codes and track a criminal mastermind on the streets of downtown Vancouver.

Vancouver Mysteries is owned by local entrepreneurs Tanya Bennett and Will Woods. Since the company’s launch, hundreds of intrepid detectives have tackled Crime in Downtown, a clue-filled murder mystery where players try to determine whodunit.

In their new urban game Secret Mission, players star in their very own high-stakes spy adventure, as secret agents who have only two hours to solve 11 challenges and save the city.

“It’s a completely unique activity in downtown Vancouver,” says Bennett. “There’s nothing else like it.”

Become a spy on secret mission 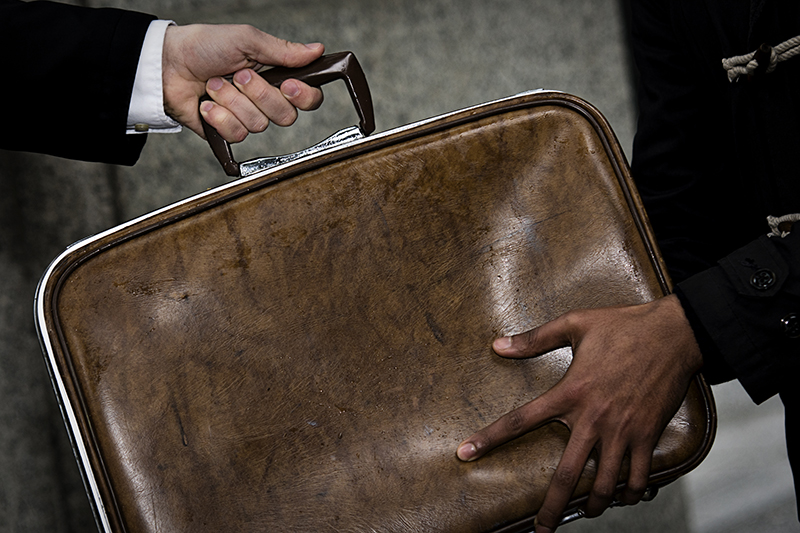 Secret agents need to be skilled in covert ops. Photo by Kendall Walters.

In Secret Mission, players work in elite spy units of two to five people to complete their mission.

Players meet at a top-secret downtown location, only a few minutes’ walk from Waterfront Station. Upon arrival, they’re met by a shadowy special agent who briefs them on their mission.

From there, they’re on their own – mystery games are self-guided experiences.

“The story unfolds as you make your way through the city,” says Bennett. “You get to see the city in a way you’ve never seen it before.”

Work as a team to complete your mission 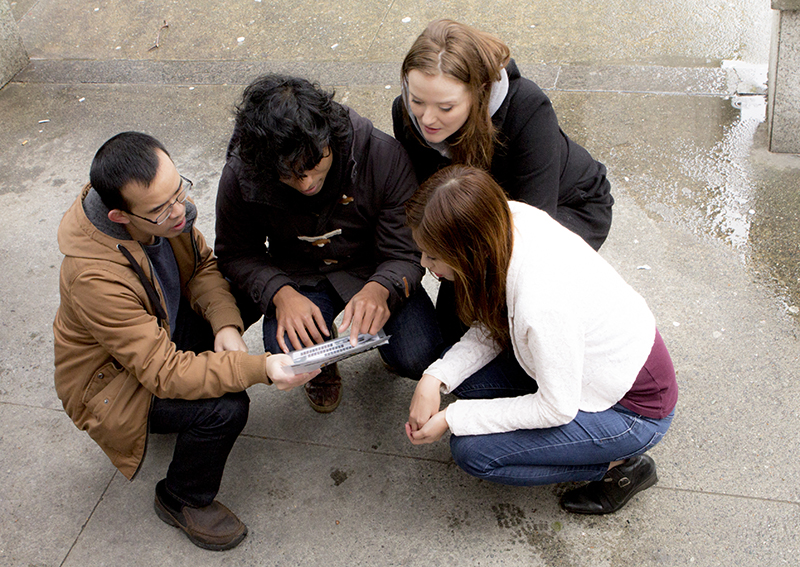 Games take place on the streets of downtown Vancouver, with teams moving from location to location as they find clues, solve puzzles and crack the case. The route of each game is carefully designed to pay homage to Vancouver history, architecture and culture while immersing players in an exciting fictional world.

Secret Mission features 11 challenges, ranging from hidden messages and clues to puzzles and codes. Players must work together to solve them all as quickly as possible – teams earn bonus points for finishing the game in under 90 minutes. In group games (where elite spy units go head to head), teams can also earn bonus points for finishing in first, second or third place.

“The puzzles and problems play to different people’s strengths,” says Woods. “Some are visual, some are analytical, some are cryptic and some need an eye for detail. You have to work as a team.”

Players are encouraged to come in disguise. Whether secret agents opt to go undercover as a sophisticated international businessperson – complete with suit and tie – or fool the enemy disguised as a tourist, Secret Mission is the Vancouver experience that’s fun for locals and visitors alike.

“These are designed for Vancouverites to play,” says Woods. “Of course, tourists enjoy them as well. It’s the perfect way to explore the city.” 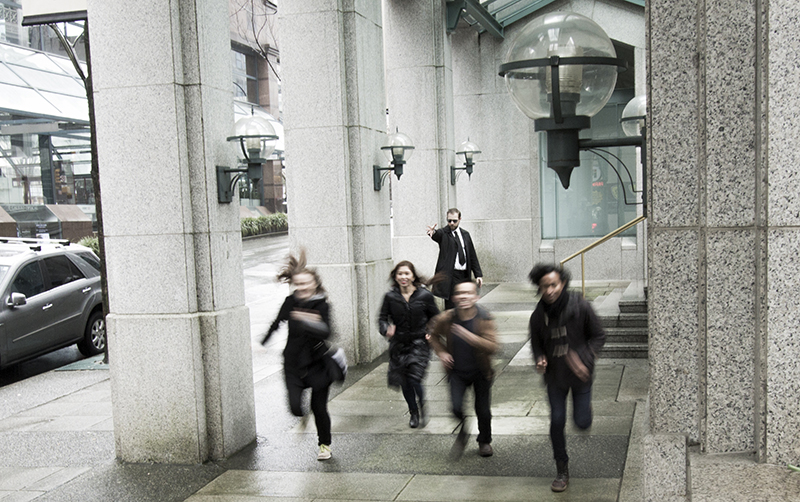 An elite spy unit races to complete their mission. Photo by Rachel Lenkowski.

Vancouver Mysteries can accommodate groups of six to 80 players – perfect for occasions big and small, from bachelorette parties and birthdays to large group team building events.

The games take place downtown, providing plenty of convenient options for a celebratory dinner or drink afterwards. For those playing Secret Mission, Vancouver Mysteries recommends a martini – shaken, not stirred.

Think you’ve got what it takes to complete the mission? Form an elite unit of six players with your fellow spies and email [email protected] to book your game of Secret Mission today.

Groups of five players or less can book a Crime in Downtown game directly through www.vancouvermysteries.com. Games leave every 15 minutes daily. Check the calendar for availability.

To celebrate the launch of their new urban game Secret Mission, Vancouver Mysteries is giving away a free Secret Mission game for five players ($125 value) to one lucky Vancity Buzz reader.

3. Leave a comment below telling us your favourite spy movie, book or character. (1 entry) 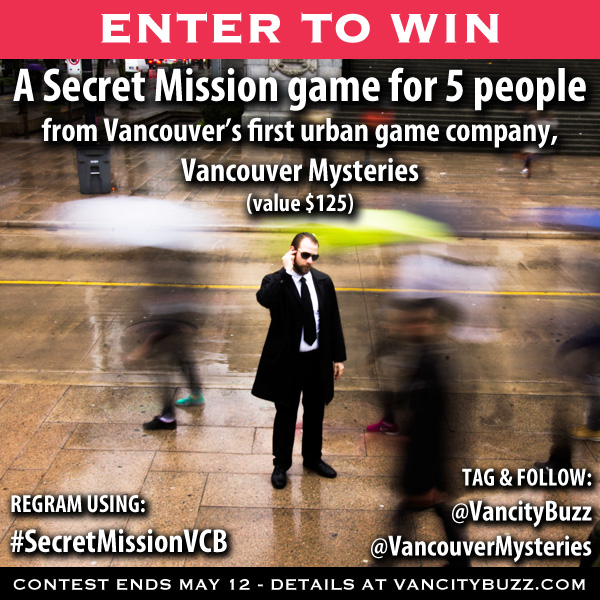 Contest entries will be accepted from time and date of publishing until 11:59 p.m. PST on May 12, 2015. One winner will be chosen at random and contacted through the platform they used to enter the contest.