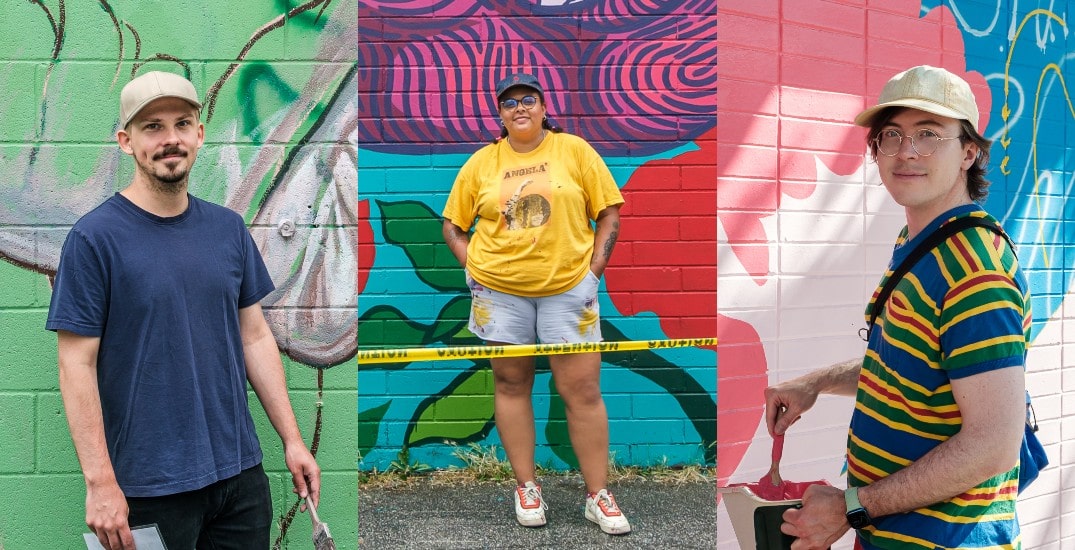 The Blossoming of Compassion by Kirk Gower | Thank you, Miss Rosemary by Sade Alexis | I am a Human Being by Matt Hanns Schroeter (Sabrina Miso Creative/Vancouver Mural Festival)

The Vancouver Mural Festival (VMF) is gearing up for its 2022 celebration, with over 30 murals being painted and unveiled across the city from August 4 to 14.

One of the iconic neighbourhoods showcasing the stunning public artworks is the West End, and a meaningful mural series honouring the contributions of those who shaped our communities is continuing this year.

VMF, in collaboration with the West End BIA, is adding three new murals to the West End Laneway Series, and visitors will soon be able to see them in person.

“The West End laneway mural series is a collaborative initiative between Vancouver Mural Festival and the West End BIA to beautify the streetscape while reflecting and sharing the neighbourhood’s diverse history through visual storytelling,” VMF told Daily Hive.

“The recently renamed laneways that run through the West End honour local historical figures that have shaped our city and communities. We hope this year’s three new murals in Rosemary Brown Lane, Jepson-Young Lane and Ted Northe Lane, along with two from 2021, will shine a light on the important contributions made by their namesakes and act as a bridge between the neighbourhood’s history and its vibrant community of residents, visitors, and tourists.”

During VMF 2022 and beyond, visit the neighbourhood to discover the three new murals, including:

The Blossoming of Compassion by Kirk Gower 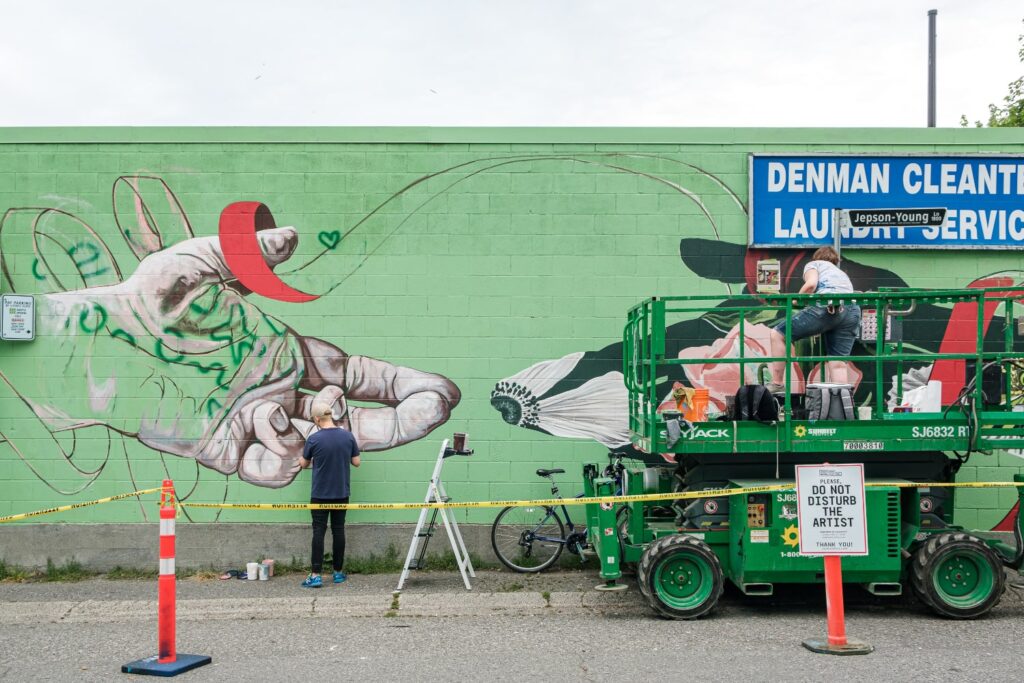 Before his passing in 1992, Jepson-Young founded the Dr. Peter AIDS Foundation and the Dr. Peter Centre, a place where people with AIDS could receive compassionate care through to the end of their lives.

According to the mural statement, Gower’s artwork is a tribute to Jepson-Young’s tireless work to sow seeds of compassion. 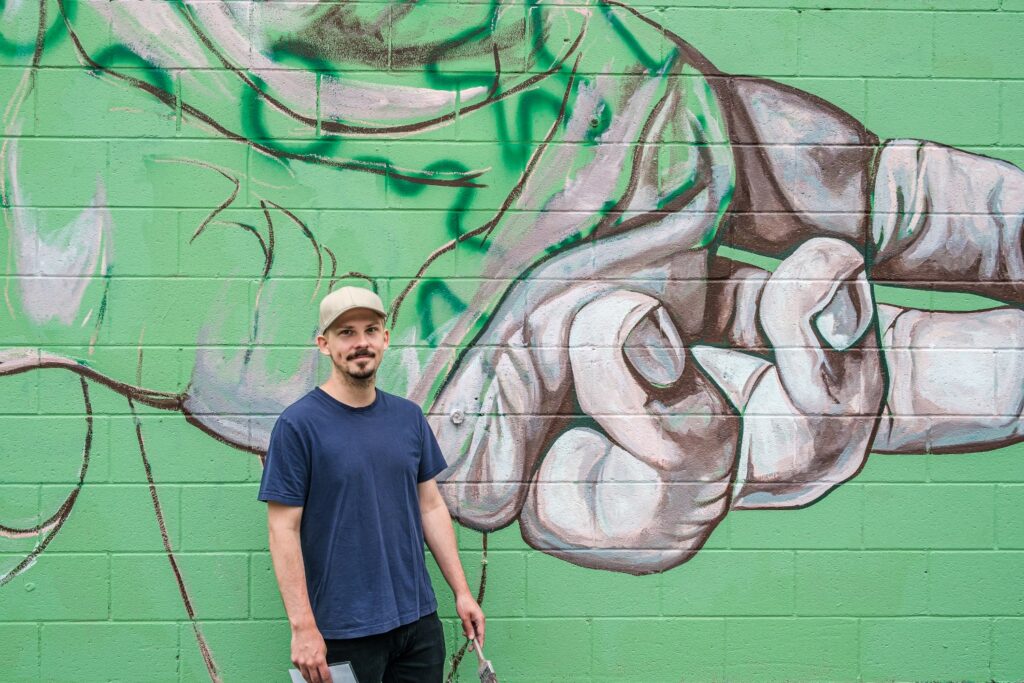 The Blossoming of Compassion can be found at Jepson-Young Lane at Denman, between Comox Street and Pendrell Street. 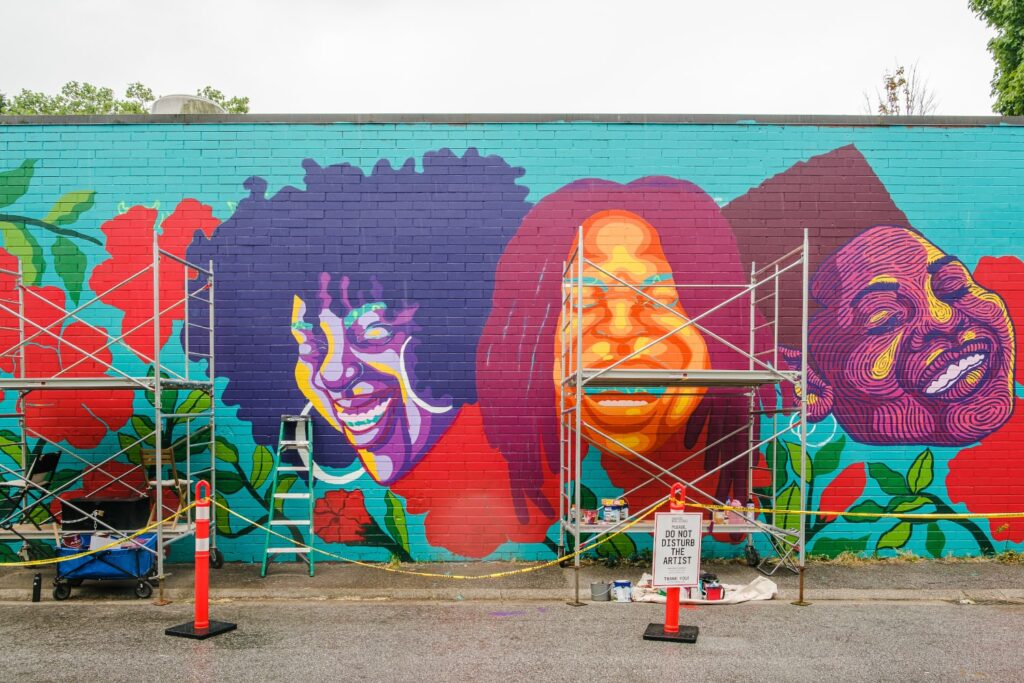 Sade Alexis’ giant mural is a tribute to Rosemary Brown, the first black woman to be elected to a Canadian provincial legislature in 1972. She was re-elected three times, serving as MLA in the riding of Vancouver-Burrard until 1986.

Brown was also a professor of Women’s Studies at Simon Fraser University, appointed Chief Commissioner of the Ontario Human Rights Commission, and was a renowned champion of disadvantaged people.

According to the mural statement, Alexis’ artwork is a tribute to Brown’s important work of cultivating community and joy for Black women and femmes in Vancouver. 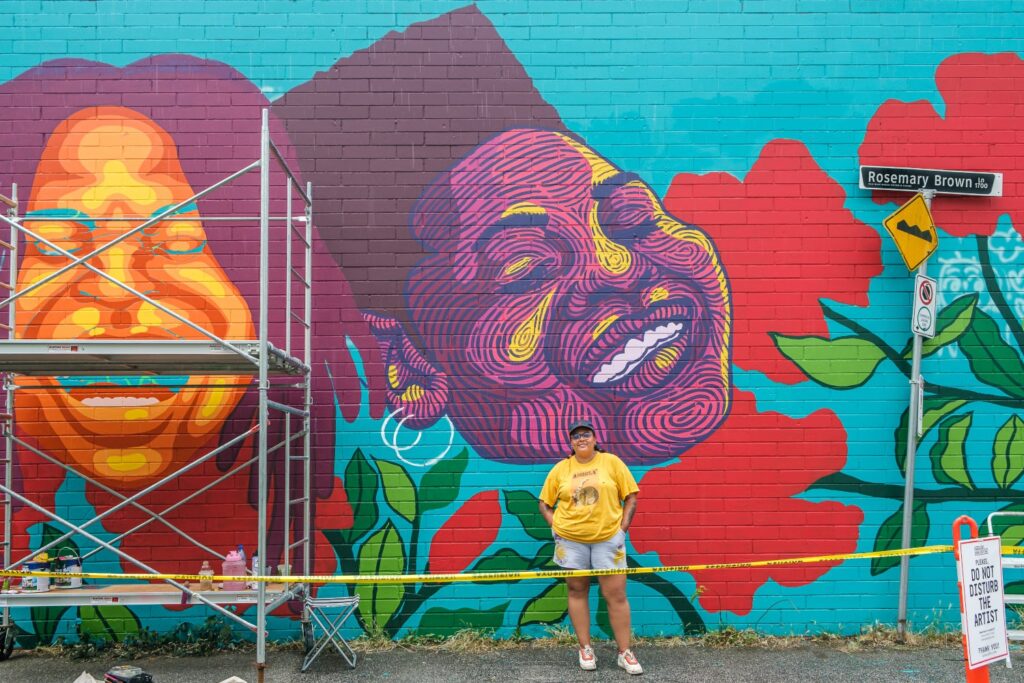 Thank You, Miss Rosemary can be found at Rosemary Brown Lane at 830 Denman Street.

I am a Human Being by Matt Hanns Schroeter 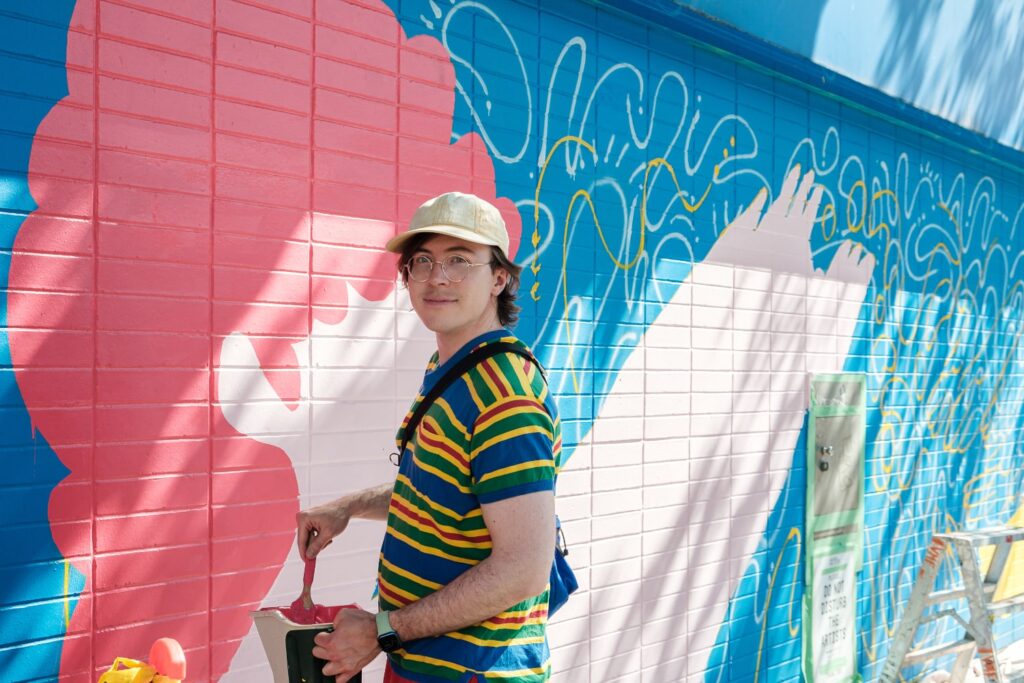 The “Empress of Canada” received many awards during his lifetime for his instrumental role in the raising of over $50 million for various charities, including the Canadian Red Cross Humanitarian and Distinguished Citizen Award, the B.C. Cancer Society Citizen’s Award for Fundraising, the Governor General’s Special Service Medal for Distinguished Citizen and Humanitarian, and a Certificate of Special USA Congressional Recognition. 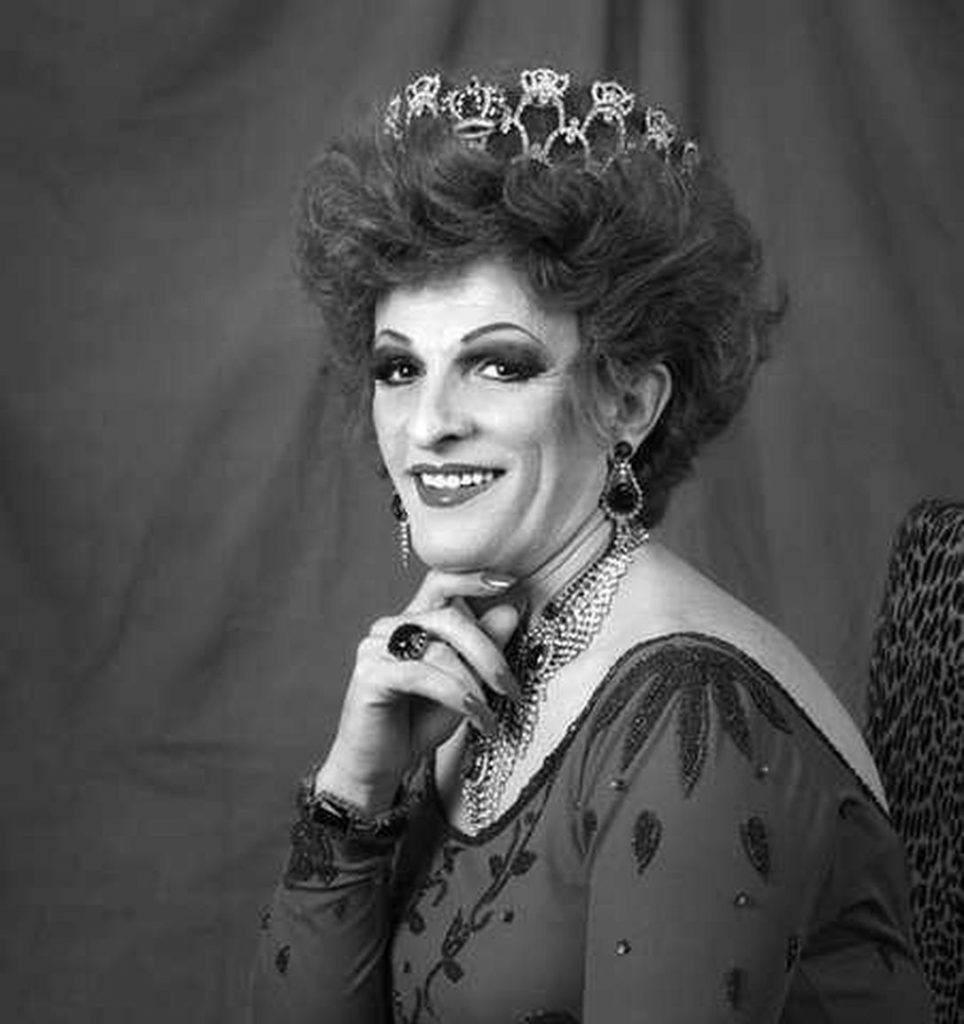 I am a Human Being can be found at ted northe Lane at Denman, between Barclay Street and Nelson Street.

Download the VMF MOBILE APP to find and learn about over 300 murals — including 30+ new murals in 2022 — across the city. Visit https://vanmuralfest.ca/ and follow @vanmuralfest for details, event calendar, and updates for Vancouver Mural Festival 2022.