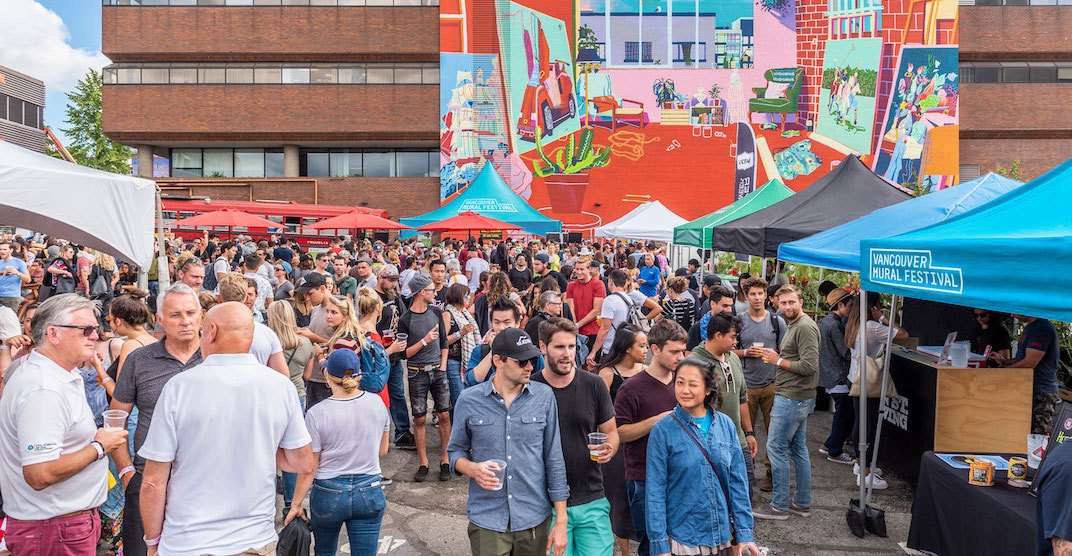 The 2019 Vancouver Mural Festival is ready to end on a high note.

Besides all the new murals and art installations (which also mean plenty of photo-ops), attendees will be able to take part in a massive celebration to close out the fourth annual festival.

Festival-goers are encouraged to take part in more than 14 blocks of public art, family-friendly activities, culture, and community.

To get visitors excited for the festival’s grand finale, here are some of the highlights at this year’s street party:

The Vancouver Mural Festival has prepared six licensed all-ages areas across the festival footprint, including a fully-licensed area on Main Street between 12th and Broadway.

Visitors can find plenty of interactive activities at the party. In addition to more than 25 new murals and artists painting through the entirety of the party, the festival will feature:

Not to mention, an abundance of markets, local vendors, and some of Vancouver’s best food trucks.

The Vancouver Mural Festival Street Party will take place on this Saturday from 12 to 7 pm and is free of charge.