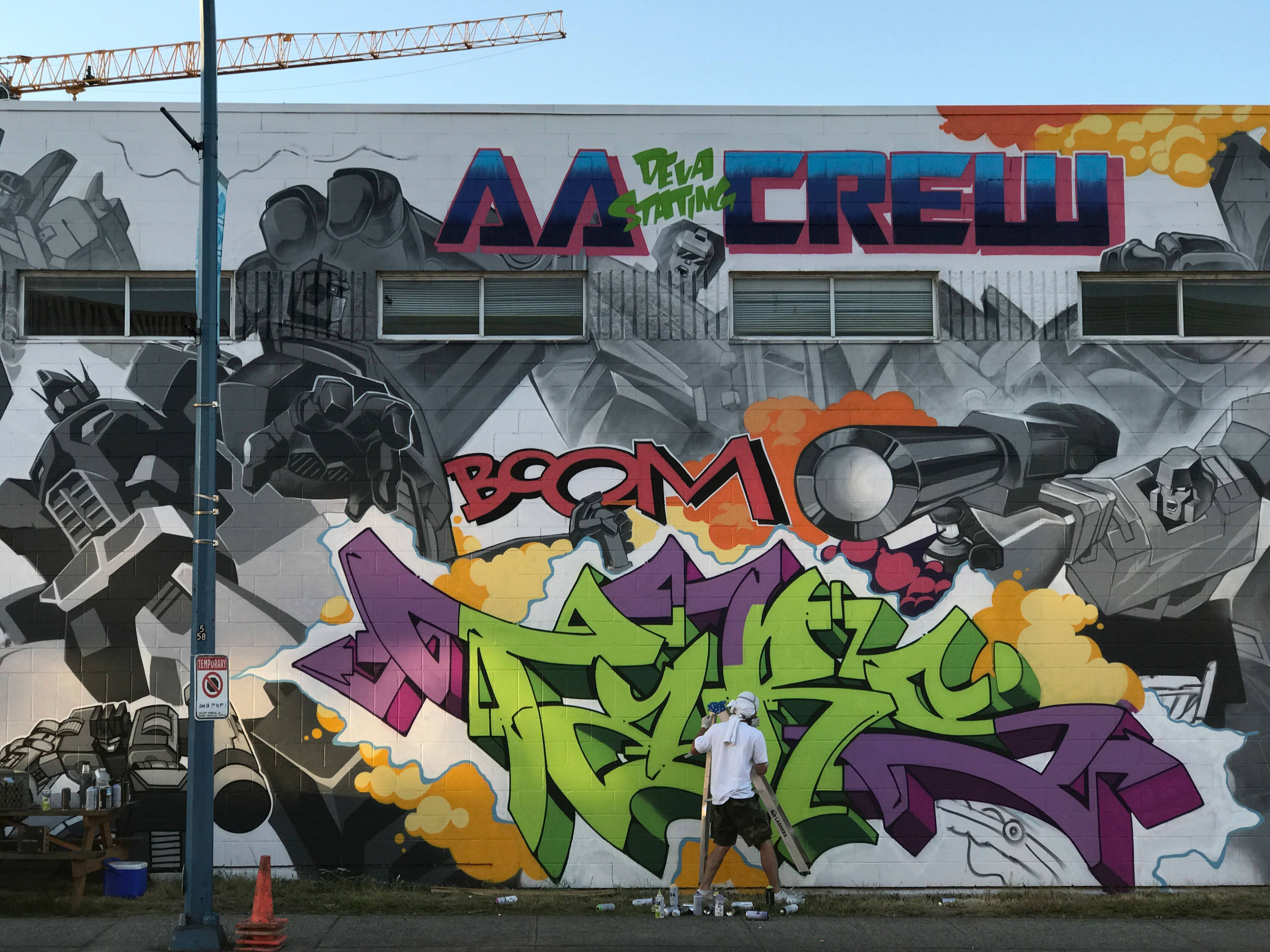 The Vancouver Mural Festival is returning this August but you can get a sneak preview this weekend at the Strathcona Street Party.

You’ll get to see seven murals by nine artists wrapping around two different buildings on East Cordova Street at this cool sneak preview. You can also anticipate craft beer, live music from DJs, a market, and food trucks too. 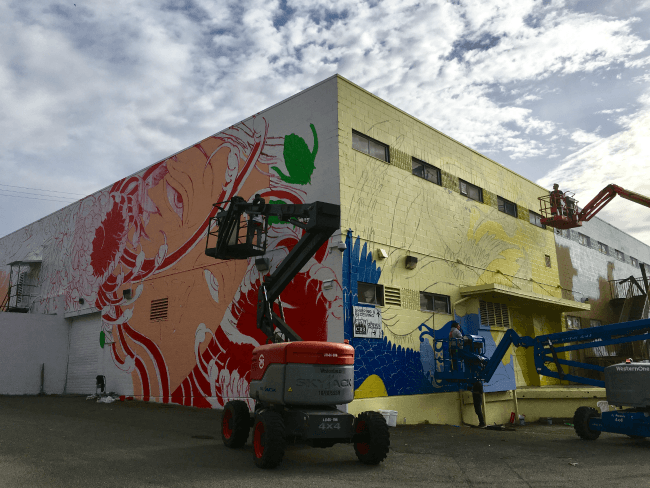 The Vancouver Mural Festival officially kicks off from August 7 to 12 but you don’t have to wait until then because the festival’s first major satellite project of the summer has already started.

Celebrate the murals between Campbell Street and Hawks Street this weekend where you’ll get to see a major new piece by local legends, AA Crew (Virus, Tars, Dedos) whose work on Vancouver streets goes back more than 20 years.

This is the very first piece of an increased graffiti presence in the Vancouver Mural Festival as organizers are working with the city and graffiti writers to build a more collaborative approach.

Another piece you’ll get to see this Saturday will be designed by Andrew Dexel from the Nlakapamux nation and painted with the help of indigenous youth participating in the Young Artist Warriors workshops.

Another piece will be designed by Andrew Dexel from the Nlakapamux nation, and painted with the help of indigenous youth participating in the Young Artist Warriors workshops. These workshops were created and are facilitated by Cree artist, Jeska Slater and use art as a means to share traditional culture and teachings with indigenous youth aged 4 and up. 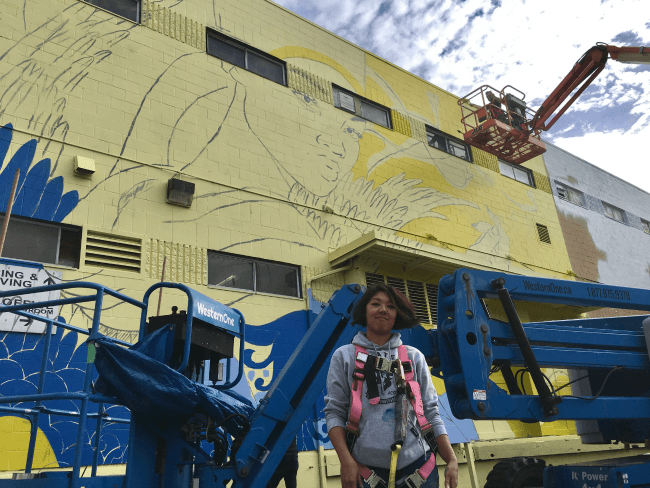 Vancouver Mural Festival is excited to have local high school art teacher Tristesse Seeligner on board this year doing her first large scale mural as part of the event.

“I teach art in a high school called Eric Hamber Secondary and one of my main goals as a teacher is to teach the value of art in a healthy life and the importance of living a creative life if a person is compelled to do so. So when I told the students that I was going to take 2 weeks off teaching to make a mural for the Vancouver Mural Festival it had a huge impact on them. My first message to them was if I can do it, then so can you. Modelling how to live a creative life is a powerful way to show students that they can achieve their creative goals,” said Seeligner.

With murals, live art, family activities, a market, food trucks, and a craft beer garden by Vancouver Craft Beer Week you don’t want to miss this awesome kick-off to a summer of public art in the city.

When: June 24th, 12 to 6pm
Where: East Cordova and Campbell Street
Price: Free