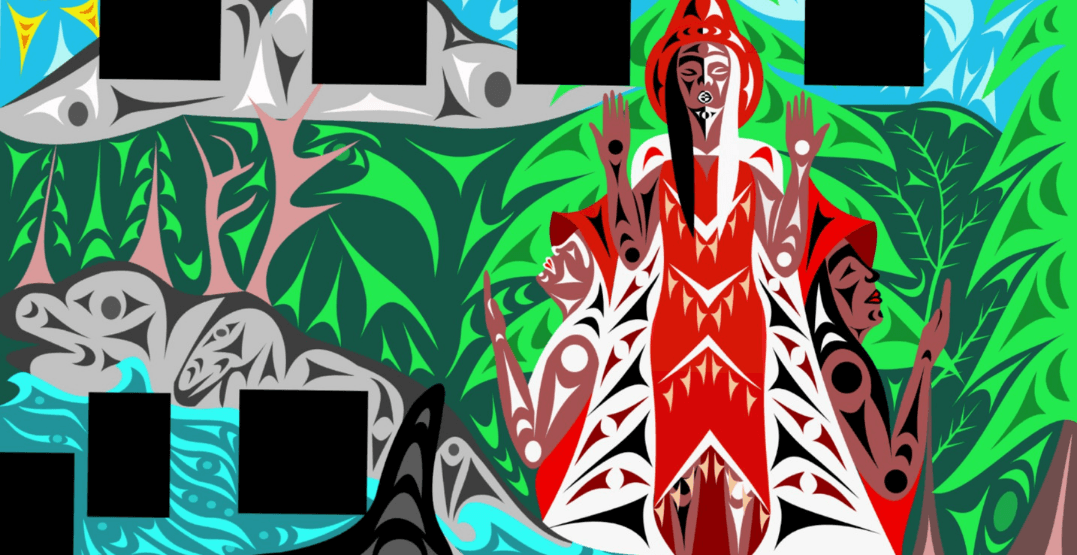 In an effort to paint a picture of the caribou crisis in the province for British Columbians, locally-based Lush Handmade Cosmetics has teamed with an artist from Squamish to create a mural at the Vancouver Mural Festival.

In a phone interview with Daily Hive Vancouver, Lush Cosmetics spokesperson Tricia Stevens said the caribou crisis is now a country-wide issue — and it’s time for the public to call on the federal government to step in to protect caribou, “from logging, mining, and other forms of industrial expansion which threaten the already endangered species.”

“By partnering with a local First Nation artist, Siobhan Joseph from Squamish Nation, whose art will represent their connection to nature alongside an organization that we’ve been working with for many years called Wildlife Defence League,” Stevens said.

“We felt that that collaboration with the mural … will help to raise awareness about the importance of species conservation and overall understanding the impact that human activity has on our ecosystem and particularly focusing on the ecosystem in British Columbia.”

BC launched a wolf management program in January 2015 in the South Selkirk Mountains and the South Peace to recover caribou populations it said were under threat from wolves. The controversial population program continues in the Peace region, as well as within four herd areas during the winter months.

In February 2017, the province invested $27 million into creating the Provincial Caribou Recovery Program and is now finalizing the ‘What We Heard’ report from the last engagement period, which will be released in the near future.

The Forests ministry said in an email to Daily Hive Vancouver that more information will be coming in the following months regarding next steps.

Stevens said that the province isn’t taking enough action in conserving the caribou population during “a critical time” for the species. She adds that industrial activity has “really decimated critical habitat for caribou.”

“What we want to look at is to have a federal piece of policy come in to say you know… we can’t continue to wait for the BC Government to legislate or regulate or actually stop giving out cut-block permits — that we need to look at federal actions to hopefully be implemented to allow for the province not to have continued times to move around the issues, but know there is a flawed approach to wildlife management, that doesn’t address the underlying causes of that,” Stevens said. 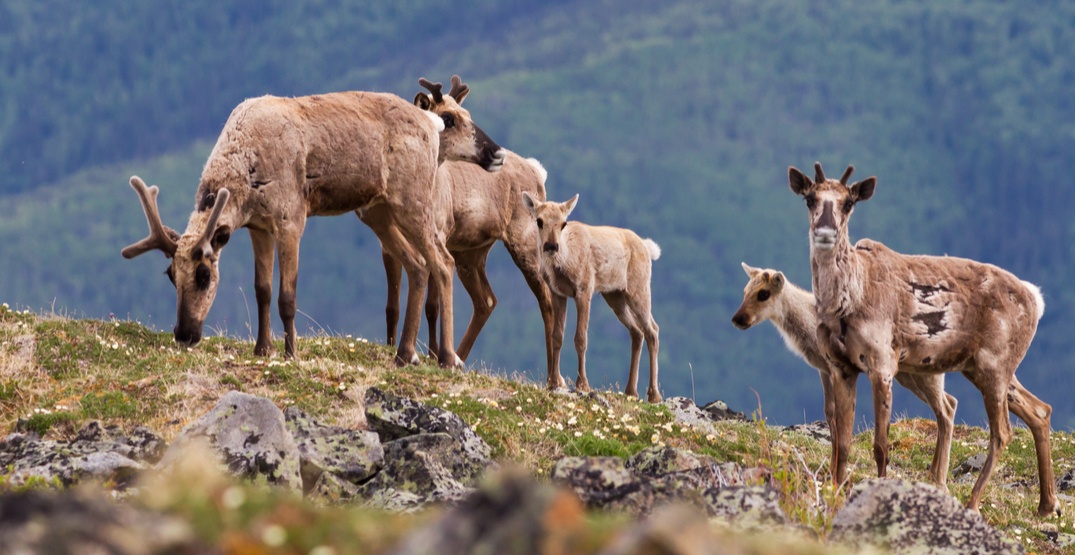 Along with the 20ft x 30ft mural located at the corner of Main Street and E 7th Avenue, Lush Cosmetics has set up an”Ethics Lounge” for Saturday near the mural, where people can go to learn more about the caribou population, in hopes they choose to “take action and then send messages to the Environment Minister, asking for federal action plan,” and to stop the controversial wolf cull program.

The Matriarch mural in East Vancouver

Stevens said people need to call on the federal government, “to issue an emergency protection order under the Species At Risk Act,” adding “the iconic caribou are running out of time and without significant protection measures, are on a sure path to extinction.”

Joseph said the mural, called The Matriarch, is inspired by her mother.

“My mom was the matriarch of the family and she had very strong beliefs of protecting our land and our environment,” saying her mother believed in “trying to save and protect our ecosystem, our waters,” and living in harmony.

“My mother was really involved in her community and she wasn’t afraid to stand up for her beliefs,” Joseph said, explaining that in the mural, “the woman is standing up and she’s welcoming everybody to their lands but she’s also standing, representing that the role of a matriarch plays.”

“And also the protection of the land,” Joseph said.