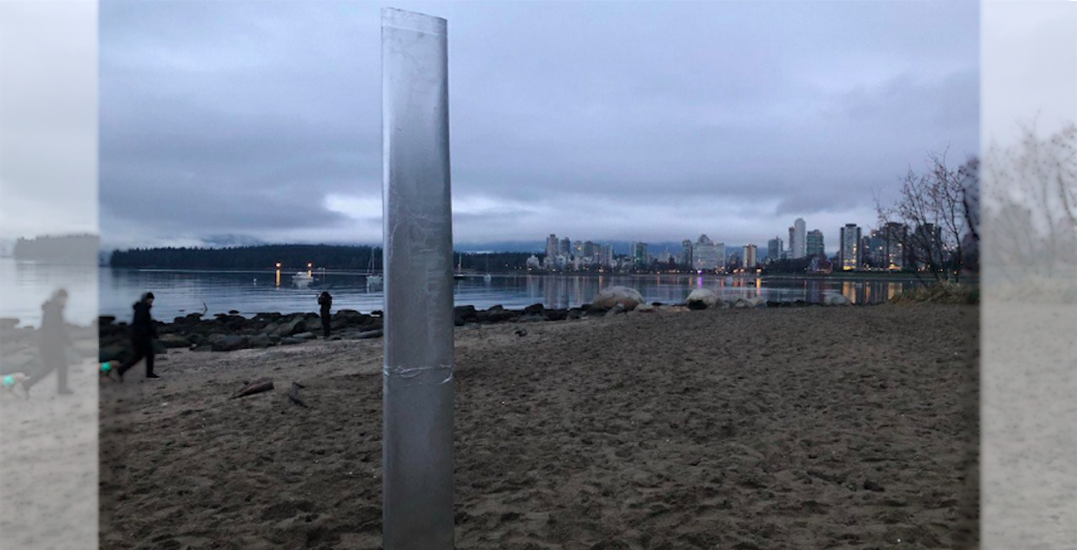 After a monolith appeared – and was subsequently toppled – in East Vancouver this week, and another such structure appeared at Kits beach, it seems this was all a promotional prank, courtesy of a local radio station.

Didn’t expect to see one of these on my morning dogwalk?! #monolith #kitsbeach pic.twitter.com/5quhw2v5K1

With many people wondering where the structure came from, it turns out it was all a rather roundabout way to promote a new morning show on Jack 96.9 FM, which has now been explained by the show’s hosts.

We built one of those fancy silver monoliths at Kits beach to welcome our new morning show, Drex on JACK … we promise it will be slightly less embarrassing than our monolith … probably … (hear the full audio at https://t.co/H1ZsoKdiaJ 📻 #Monolith #DREXonJACK pic.twitter.com/AszIhPOwdC

So there you go.

The structures were likely modelled after the one that mysteriously popped up in a Utah desert in November.

The structure went viral on social media, and random monoliths have now been popping up all over the world, including in Canada.