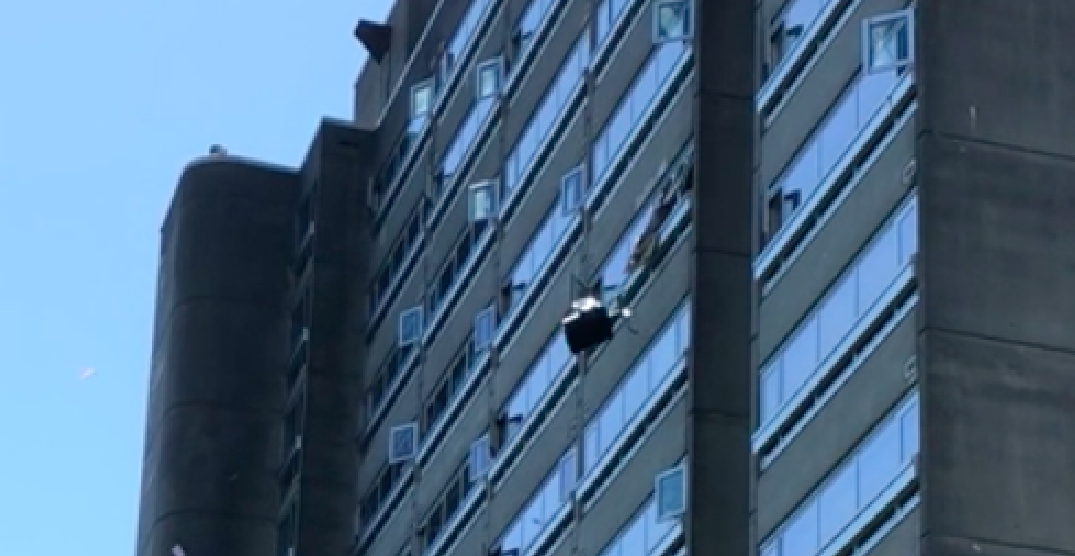 Furniture is seen being thrown out the window in this screenshot of the incident. (victoria_n/ Reddit)

A Vancouver man was arrested over the weekend for allegedly throwing several “small to medium-sized pieces of furniture” out the window of a 19th-floor apartment in the city’s west end neighbourhood.

Vancouver Police were notified of the incident just after 3 pm on Saturday and responded to the scene, at 1650 Haro Street.

“Officers were able to quickly narrow down a suite on the 19th-floor of the building,” said VPD Sgt. Jason Robillard.

Robillard told Daily Hive that a 56-year-old man was arrested for mischief a short time later, as a result of the incident.

Investigators believed the man was under the influence of drugs and that he was acting alone, said Robillard.

Officers charged the man with several crimes such as mischief, for damages caused to an unoccupied parked vehicle, the apartment building and mischief for endangering lives.

The man was taken to hospital for a medical evaluation, was released, but still remains in police custody.

A keen-eyed Reddit user caught the incident on video.

Just your average Saturday in the west end! from r/vancouver

Fortunately, no one was hurt in the incident.