In the wake of Friday’s terror attacks in Paris, landmarks around Vancouver have been joining the French people and the world in solidarity by lighting up in the colours of the French flag.

A total of six buildings, including some of the city’s most iconic and largest structures, are illuminated red, white, and blue during the early dark hours.

As well, a LED public art lighting installation on the underside of the building’s ‘protruding box’ over Seymour Street also shined brightly with the colours of France. 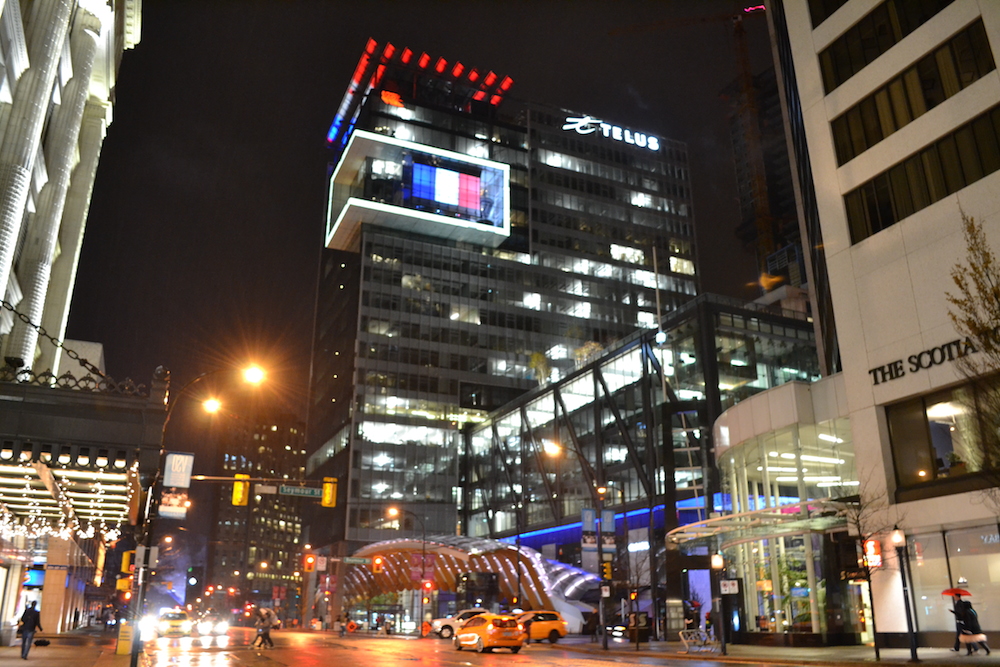 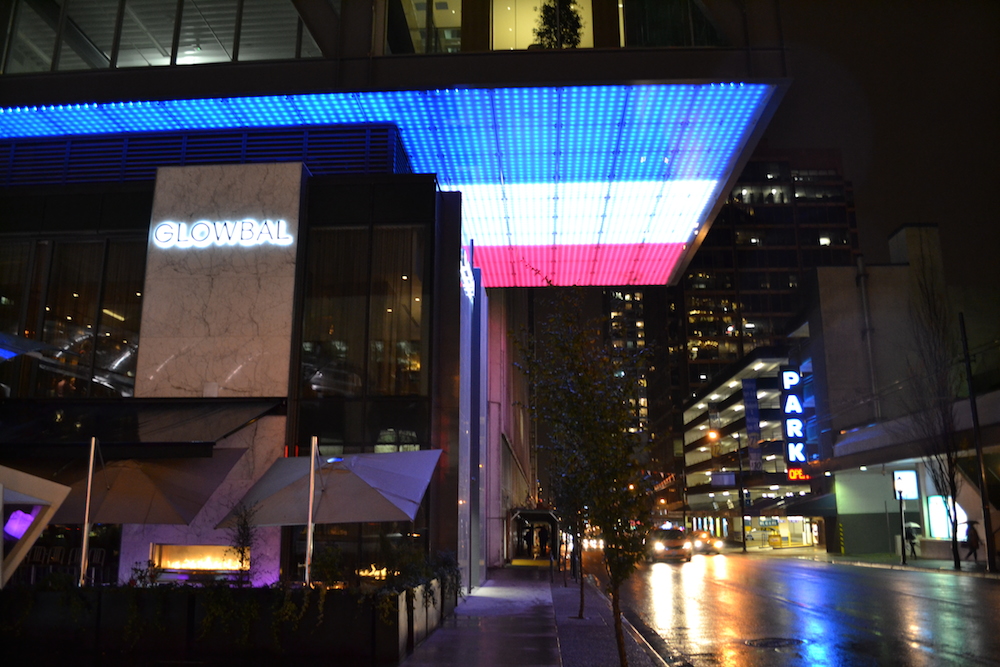 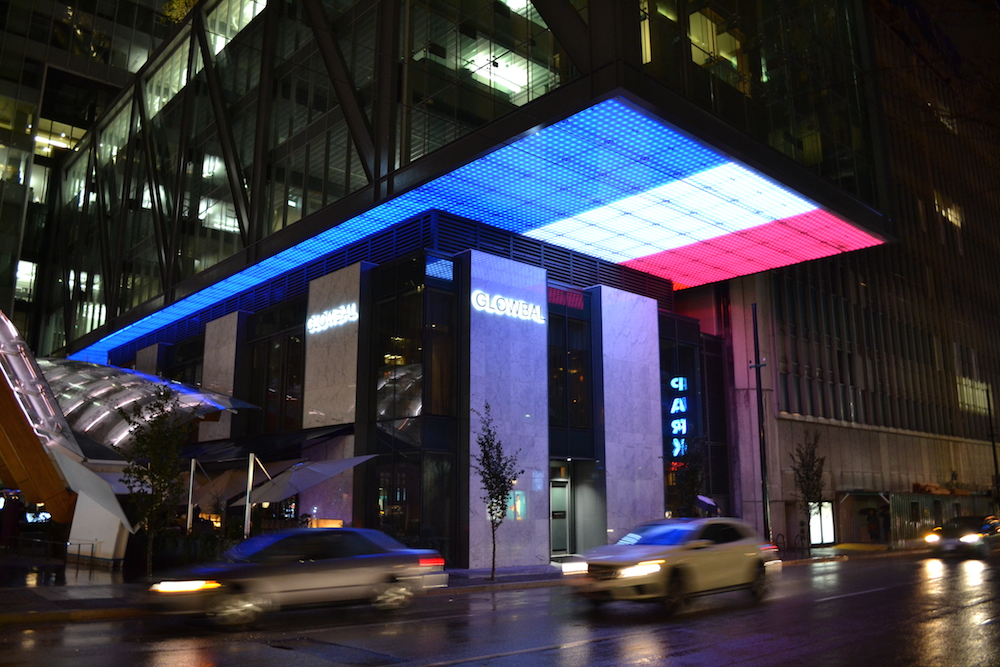 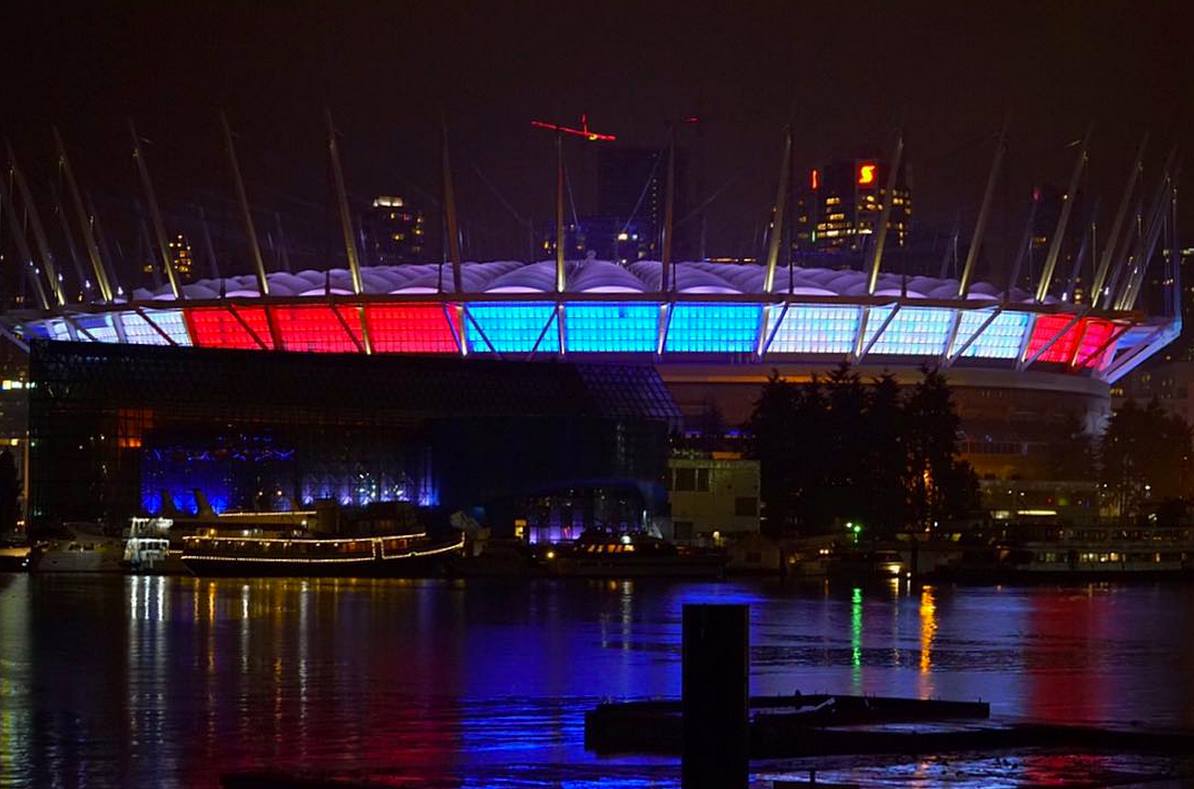 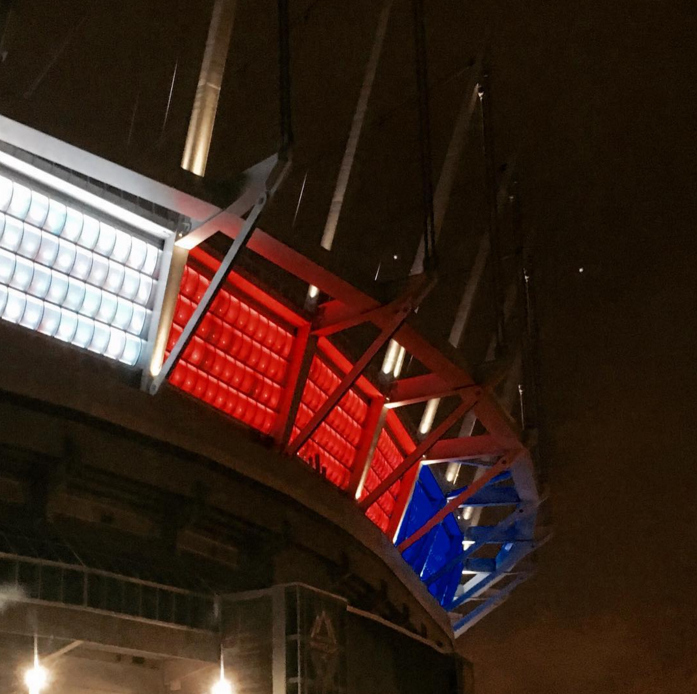 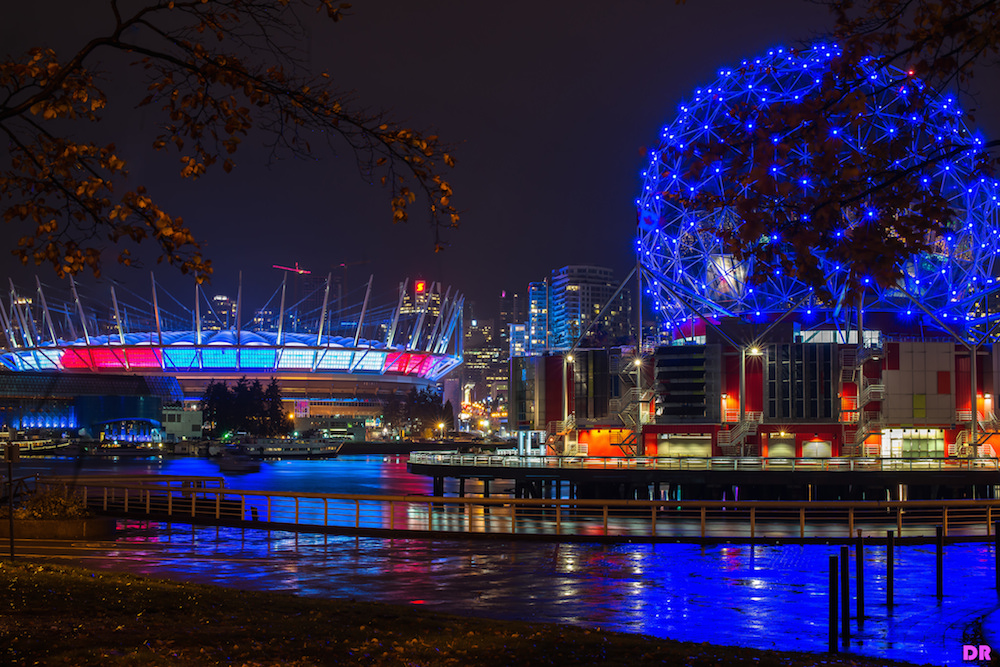 The lighting installations outside the Rogers Arena facade and along several pillars of the Dunsmuir viaduct glowed the colours of the French flag Saturday evening.

Organizers of yesterday’s TEDxVancouver conference, held at the arena, also lit up the stage in the colours prior to kicking off the event. 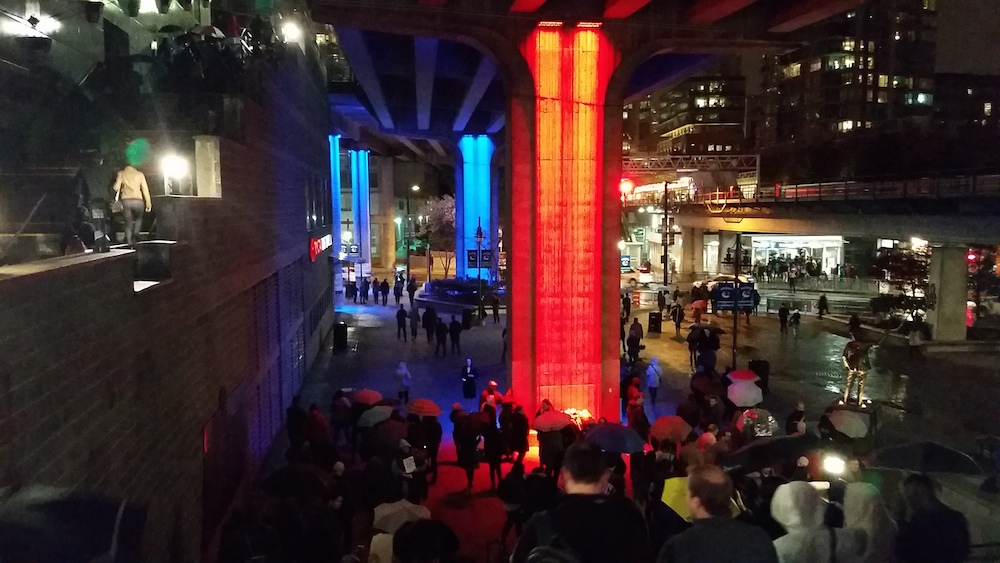 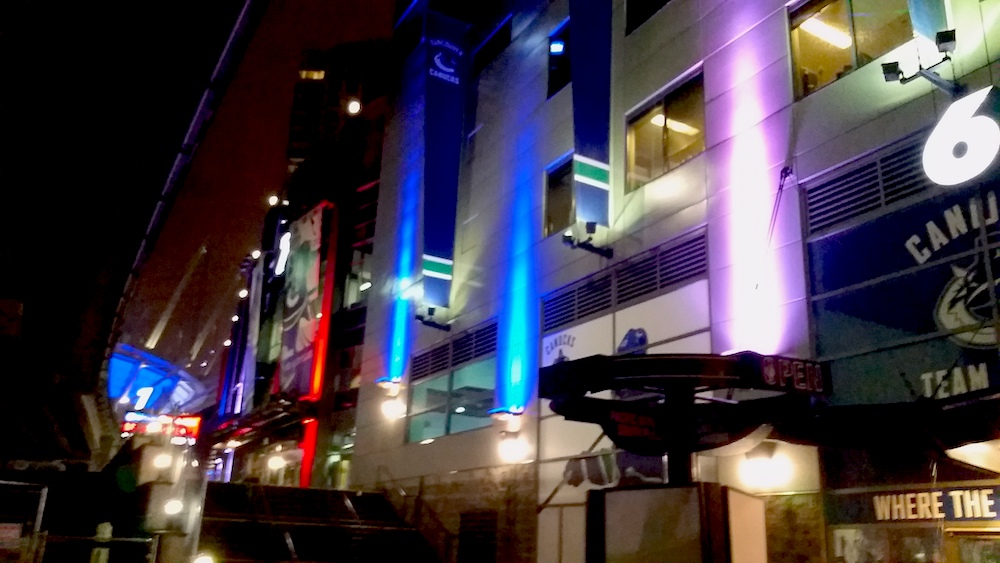 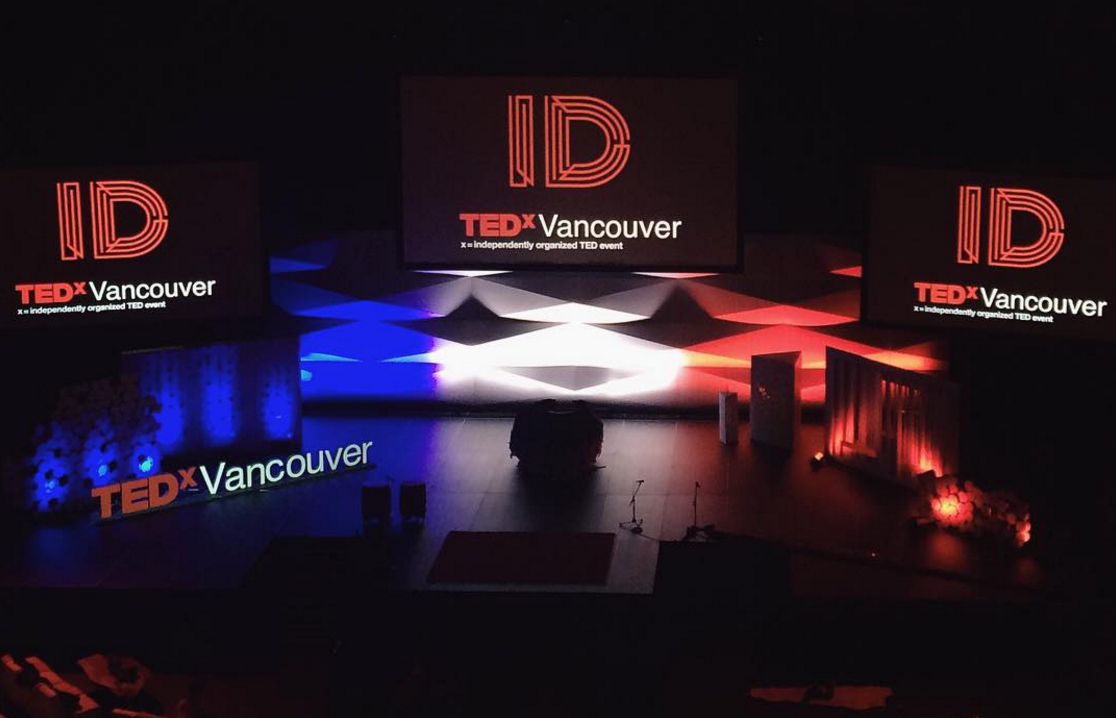 The iconic five sails of Canada Place were decorated with the colours of the French flag Saturday night and will be lit again tonight starting at 4:30 p.m. The sails have a light show capability using the building’s ‘Sails of Light’ lighting system. 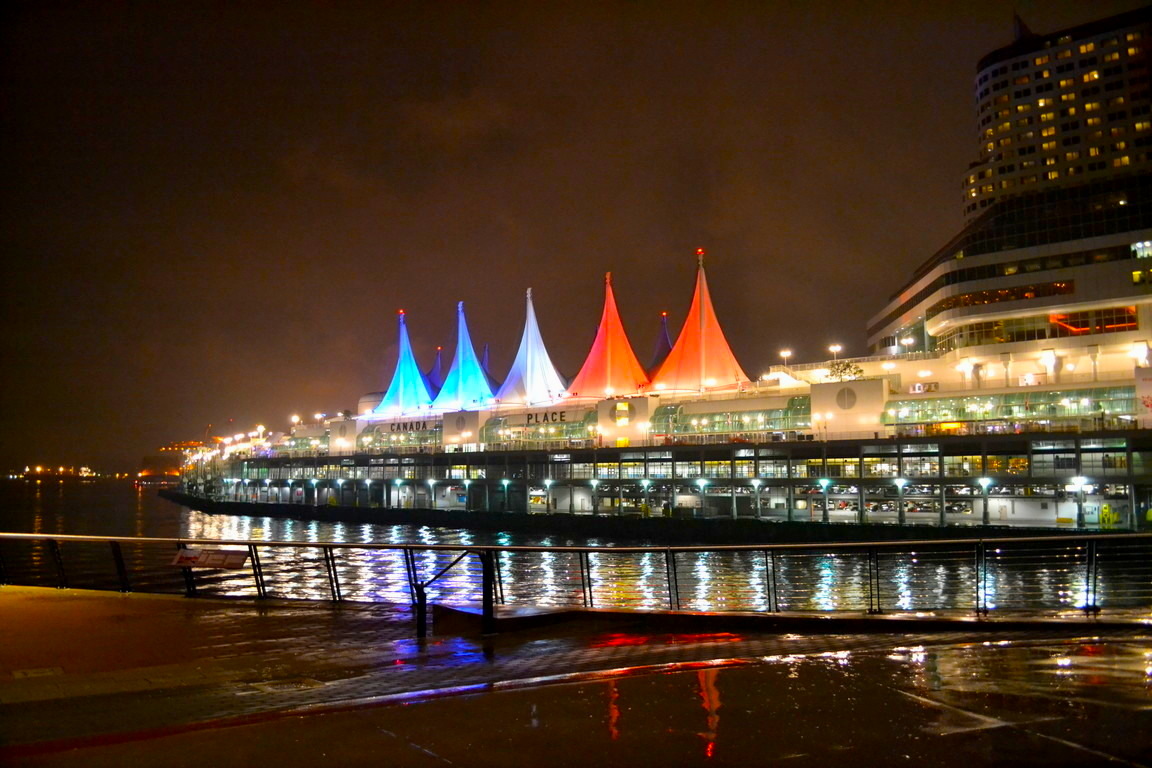 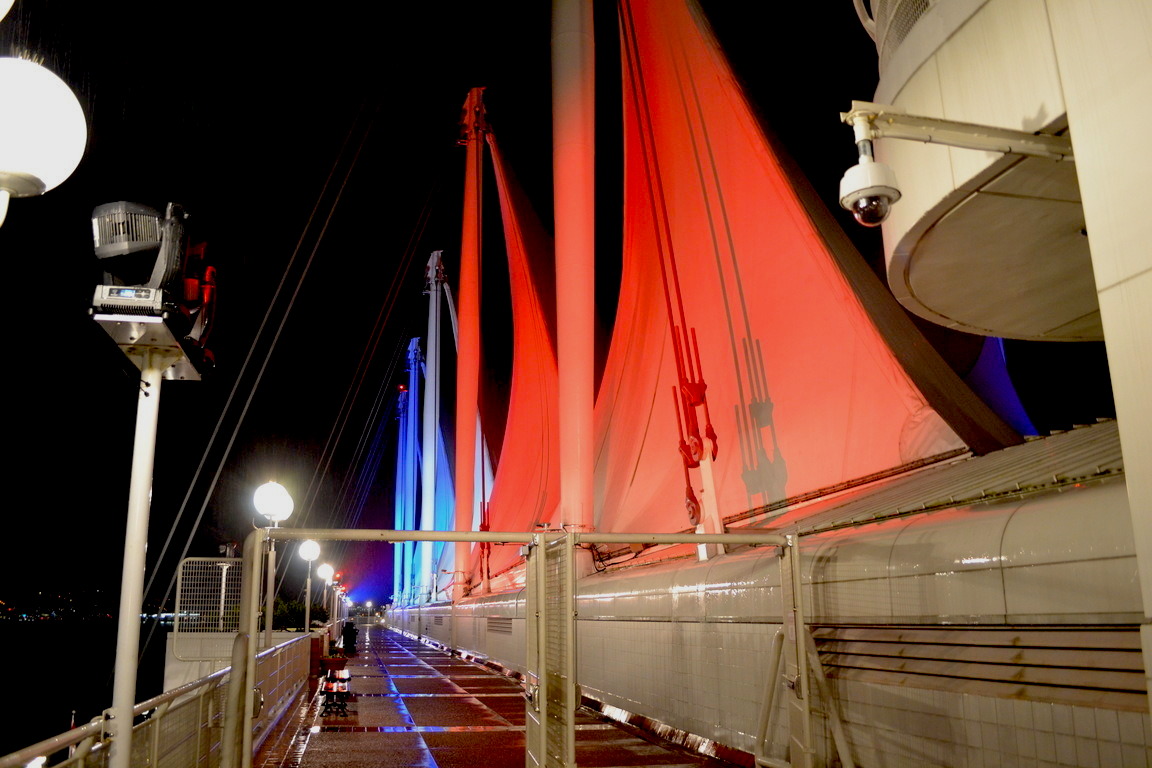 The West Georgia Street plaza steps of the Vancouver Art Gallery were illuminated with the French flag in time for last night’s candlelight vigil for the terror attack victims. Nearly 1,000 people attended the vigil in the pouring rain, lighting candles at a makeshift memorial in front of the steps. 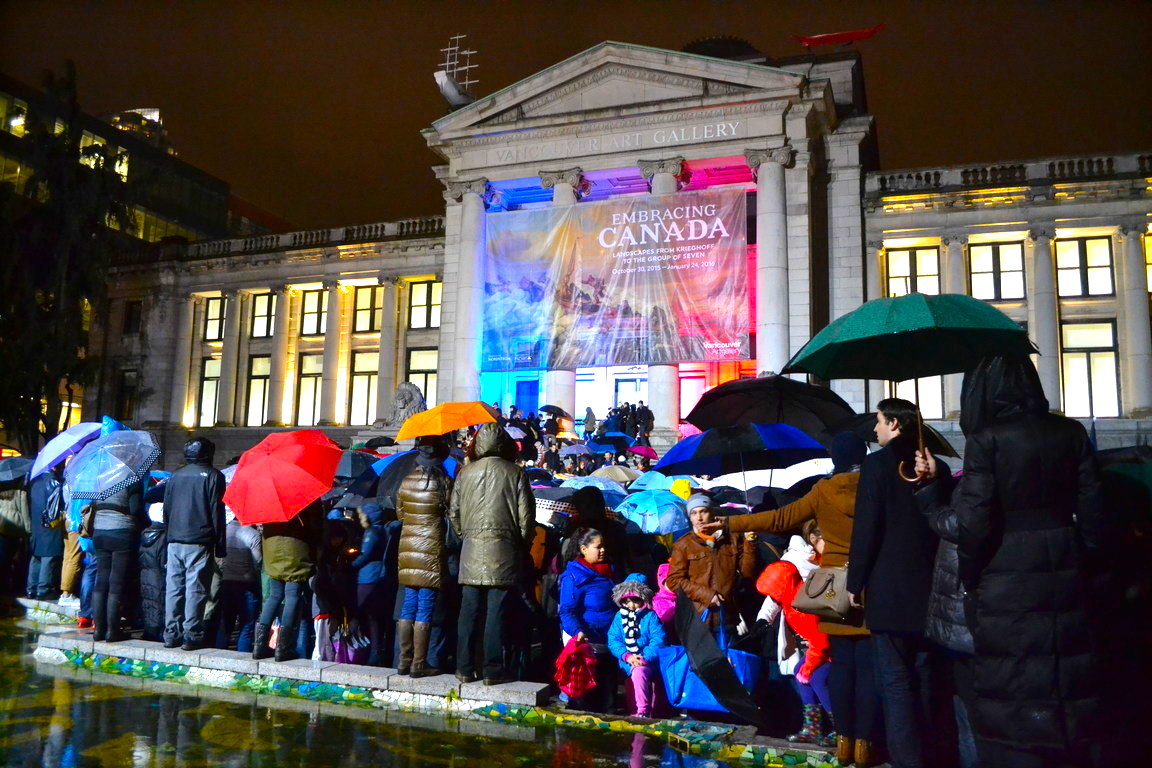 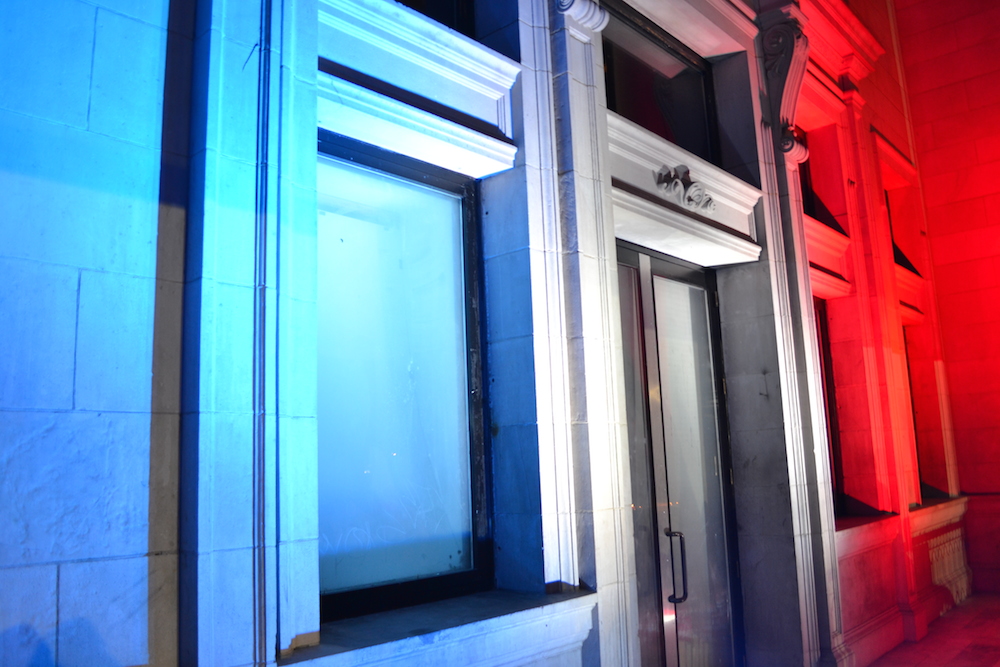 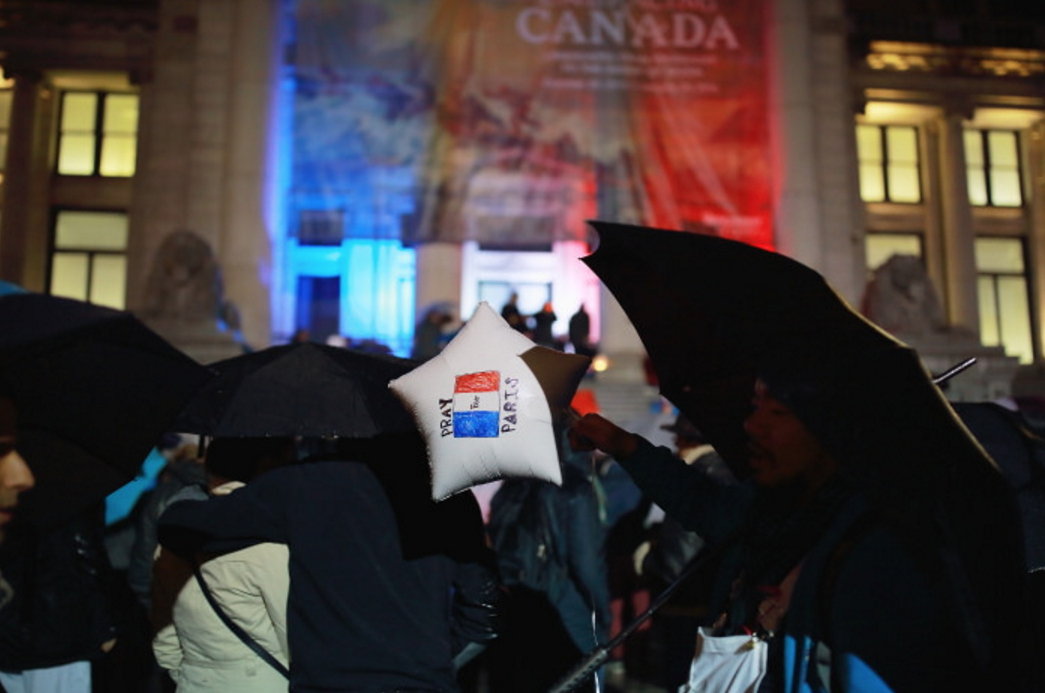 The rooftop lighting featured installed at Vancouver City Hall was lit blue, white, and red on Friday immediately after the terror attacks.

The beacons that illuminate the base of the control tower at Vancouver International Airport have now include shades of blue and red, in addition to white.