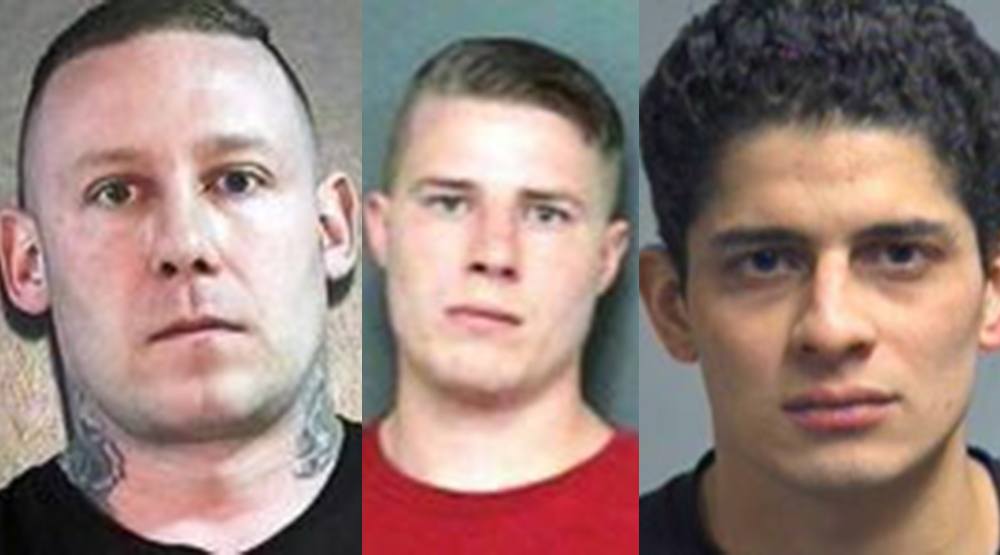 Three men are wanted in connection to a kidnapping that occurred in East Vancouver in mid-September.

A release issued by Vancouver Police states that a Canada-warrant has been issued for 26-year-old Ellwood Thomas Bradbury, 33-year-old Matthew Scott Stewart, and 26-year-old Erlan Lizandro Acosta for kidnapping and aggravated assault.

The incident occurred on the evening of Saturday, September 16 when police responded to an incident at a residence at Dieppe Place near Dieppe Drive and found the deceased bodies of 24-year-old Xuan Vanvy Bacao and 29-year-old Samantha Le. Both individuals were murdered.

Soon after the discovery of the bodies, police determined that someone else had been kidnapped from the home and arrived at the conclusion that both the murders and abduction were targeted.

Two days later, police were able to track down and rescue the kidnapped victim and arrested three individuals in their 20s. They remain in police custody and have been charged.

Further investigation has led police to believe that three other men – Bradbury, Stewart, and Acosta – were also involved in the incident.

Anyone with information on the location of any or all three of the suspects is asked to contact Vancouver Police Major Crimes at 604-717-2603.