The Canadian Coast Guard has confirmed that three fishermen have perished just off the coast of Vancouver Island in Nootka Sound, just north of Tofino, after their fishing vessel sunk.

A total of four men on the vessel Caledonian were reported to be missing on Sunday morning. It is believed the vessel experienced issues late Saturday night at approximately 10 p.m. when it began to pull in its net haul.

The Transportation Safety Board of Canada has issued a statement saying it has deployed an investigator to gather information and probe the incident.

One of the last satellite pings from the Caledonian prior to its sinking. 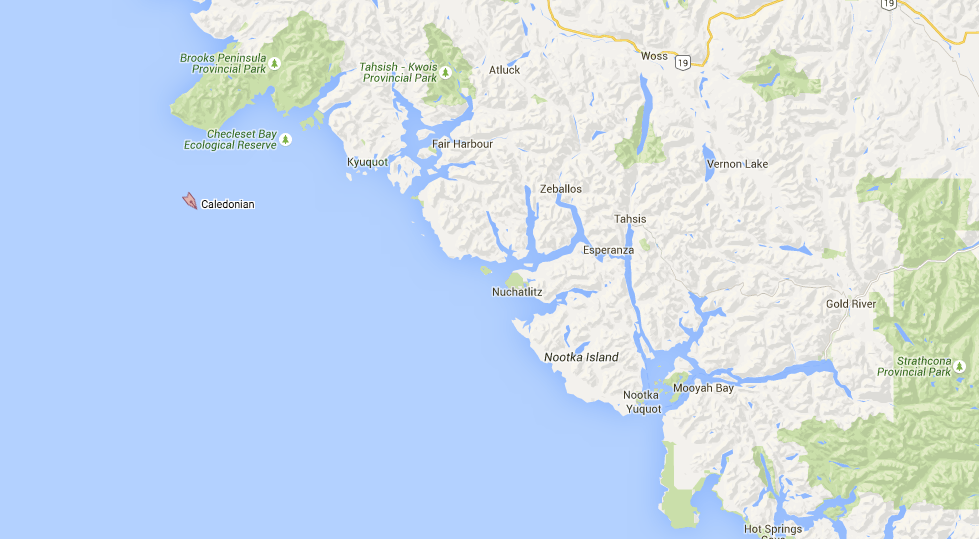