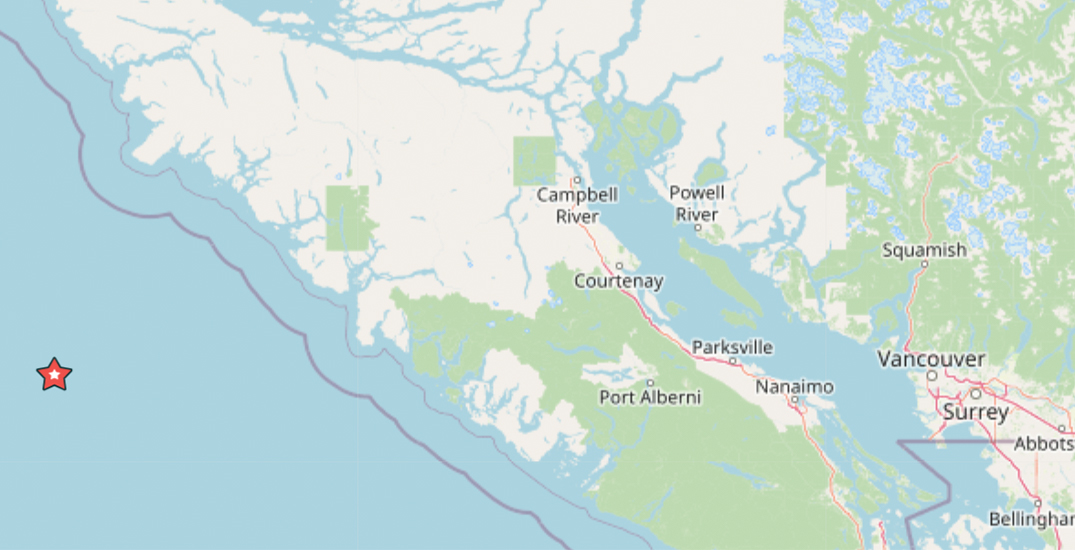 A magnitude 5.4 earthquake hit the coast of Vancouver Island early Wednesday morning, according to the United States Geological Survey (USGS).

There are no reports of damage and no tsunami is expected.

The earthquake was located 220 km southwest of Port Alice, BC, 326 km west-southwest of Campbell River, BC, 442 km west of Victoria, BC and 458 km west of Vancouver, BC.

This earthquake came a few hours after another earthquake 7.8 magnitude hit 105 km south-southeast of Perryville, Alaska, according to USGS. A tsunami warning was issued for parts of the southern Alaska coast, but has since ended. The tsunami warning had no threat to BC.

There is no tsunami threat to #BC. https://t.co/ifW7BSVoGI

In May, an earthquake of similar magnitude to this morning, at 5.2, struck the coast of Vancouver Island, in the Port Hardy area.

Each year, the province sees thousands of earthquakes, but only a small fraction of them reach a magnitude of 3.0 and over.