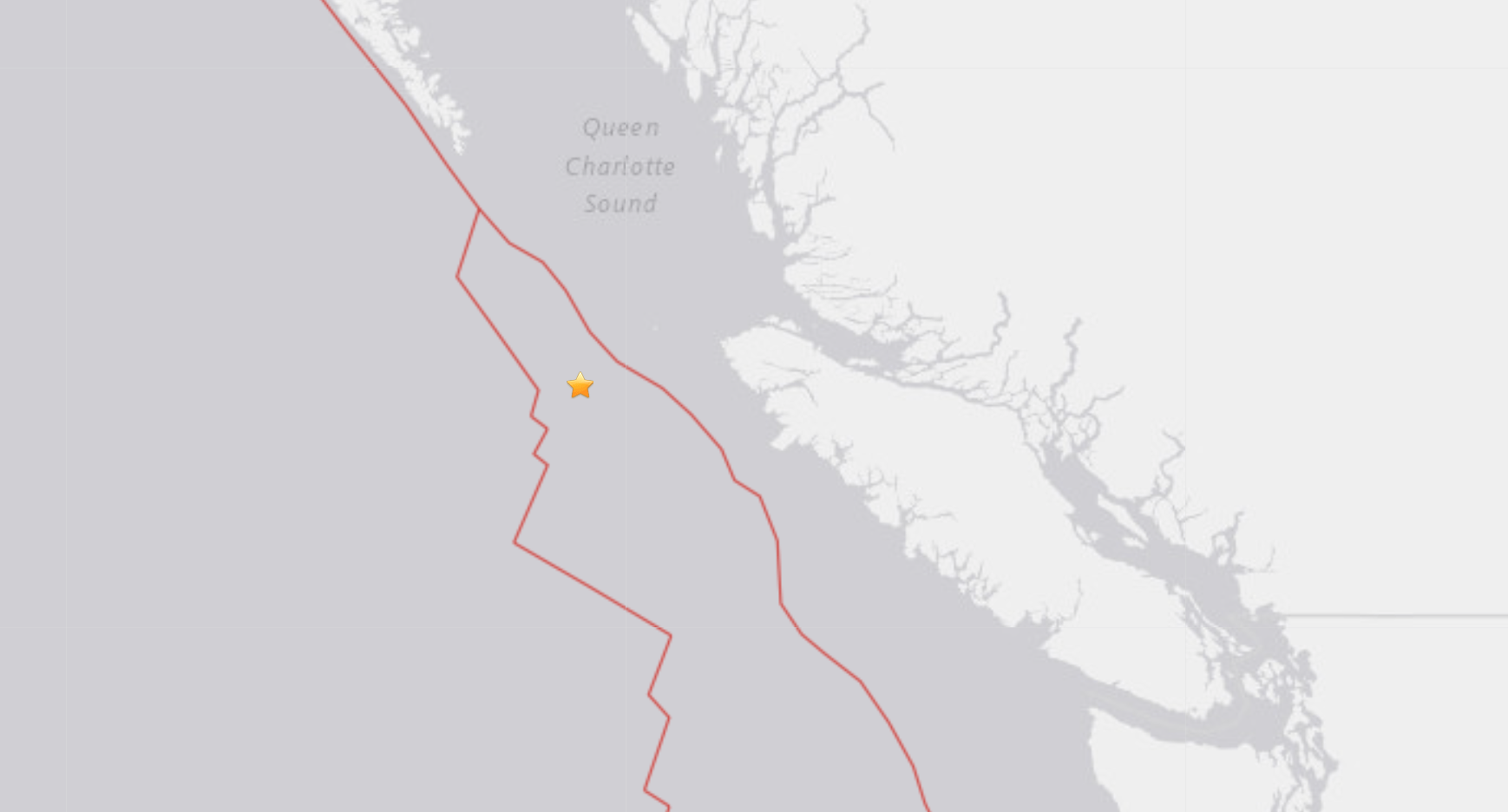 A magnitude 4.3 earthquake struck the coast of British Columbia late this evening, according to the US Geological Survey.

The seismic event at 9:11 pm PST Friday had an epicentre 171 km west of Port Hardy, and 320 km west-northwest of Tofino, in an area of ocean between northern Vancouver Island and Haida Gwaii.

Thousands of earthquakes occur in the province every year, but only a small fraction have a magnitude of 3.0 and over. Just recently, on July 3, a magnitude 6.2 earthquake struck near the same area as this evening’s quake. In October 2018, an unusual trio of major earthquakes struck within the span of an hour with magnitudes of 6.5, 6.6, and 6.8 — all in the same area off the northern coast of Vancouver Island.