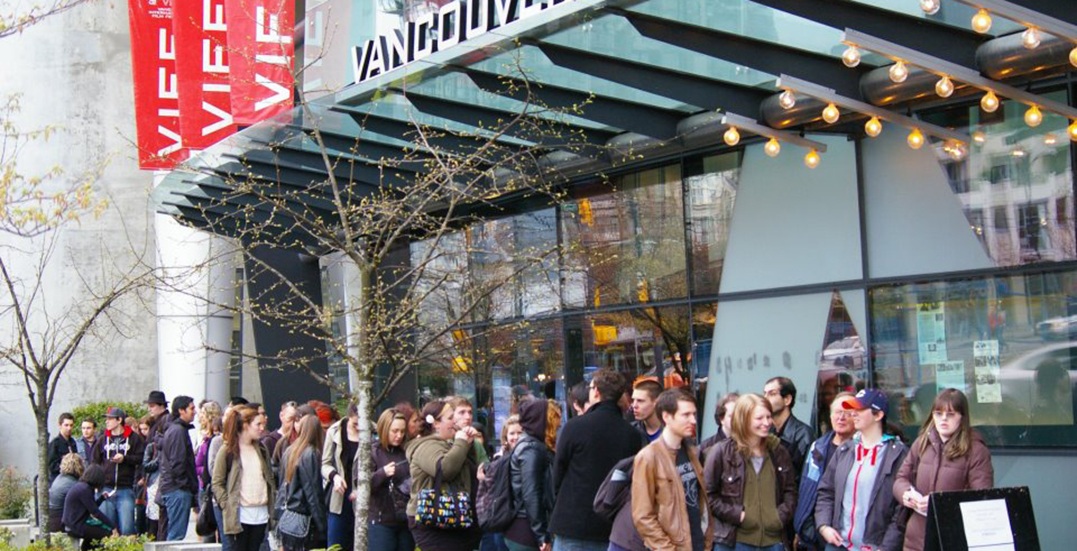 The 2018 Vancouver Film Festival (VIFF), one of the largest film festivals in North America, will be making its annual return to Vancouver next month.

Film fanatics and documentary-lovers will be able to enjoy one of the largest selections of East Asian films outside of that region, a vibrant documentary program, and one of the biggest showcases of Canadian film in the world.

One of this year’s highlighted categories – or streams, as the VIFF calls them – is called #mustseeBC.

With two weeks until the festival begins, audiences are invited to view trailers, promote BC filmmakers across social media, and vote for their most anticipated films.

The film that receives the most fan votes will take home the title of “Audience Must-See-Film” and earn a special Red Carpet screening at the Vancity Theatre.

To get you excited for the 2018 Vancouver International Film Festival and to help decide which films to check out, here are 10 films that are #mustseeBC.

Anthem of a Teenage Prophet 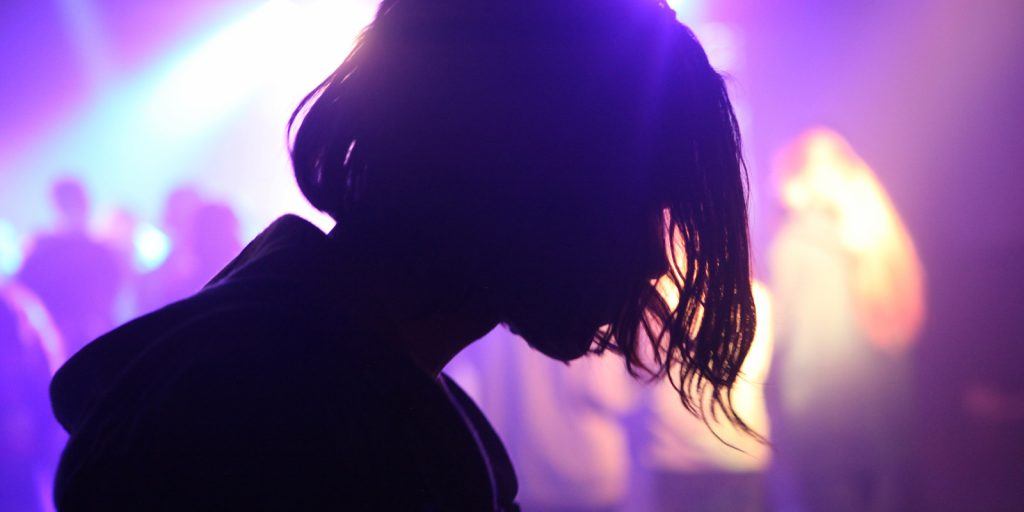 Played by Shameless actor Cameron Monaghan, Luke has been nicknamed the “Prophet of Death” after not only losing his best friend but predicting the tragedy himself.

In adapting Joanne Proulx’s award-winning novel, Robin Hays cranks the 90s-era soundtrack and amplifies all of the angst, elation and uncertainty rattling around in Luke’s head. 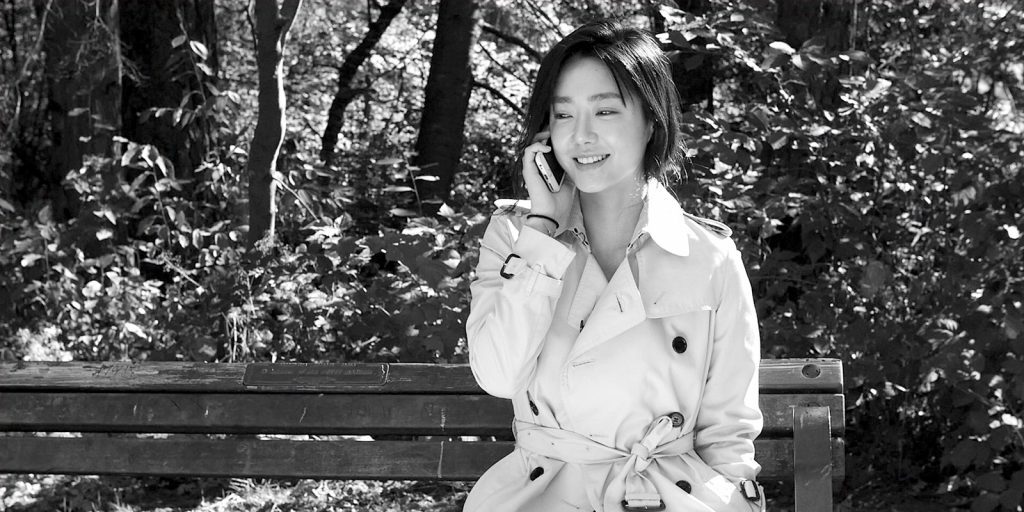 Arriving in Vancouver under a shadow of mystery, famed Korean actress Lee Sun-hwa (Jang Jieun) wanders the city, visits with relatives and frequents tourist attractions, afflicted all the while by debilitating anxiety.

Edge of the Knife 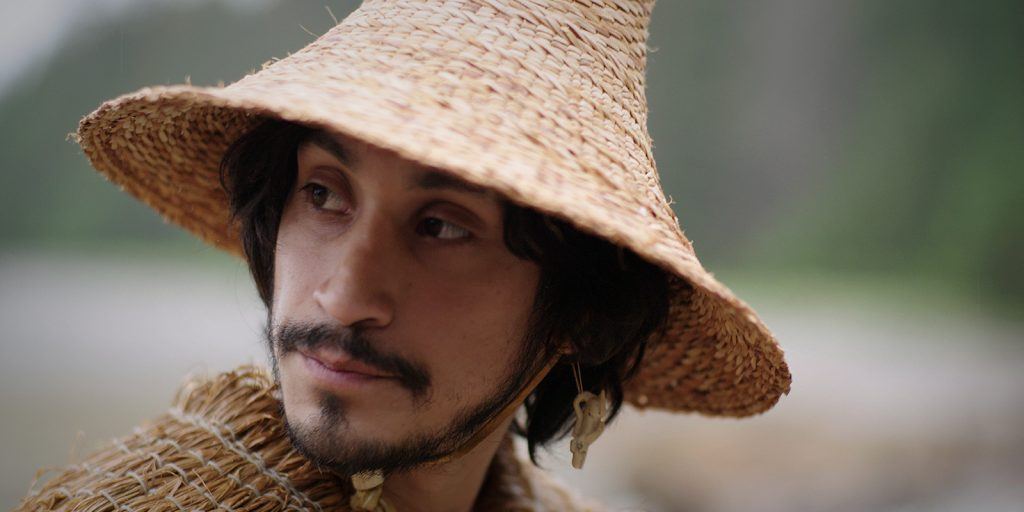 Guilt-ridden after a tragic accident, Adiits’ii (Tyler York) retreats into the wilderness where he’s plagued by spirits and transformed into Gaagiixid, the Haida Wildman. As his loved ones set out to capture and cure him, a riveting tale of survival and forgiveness unfolds. 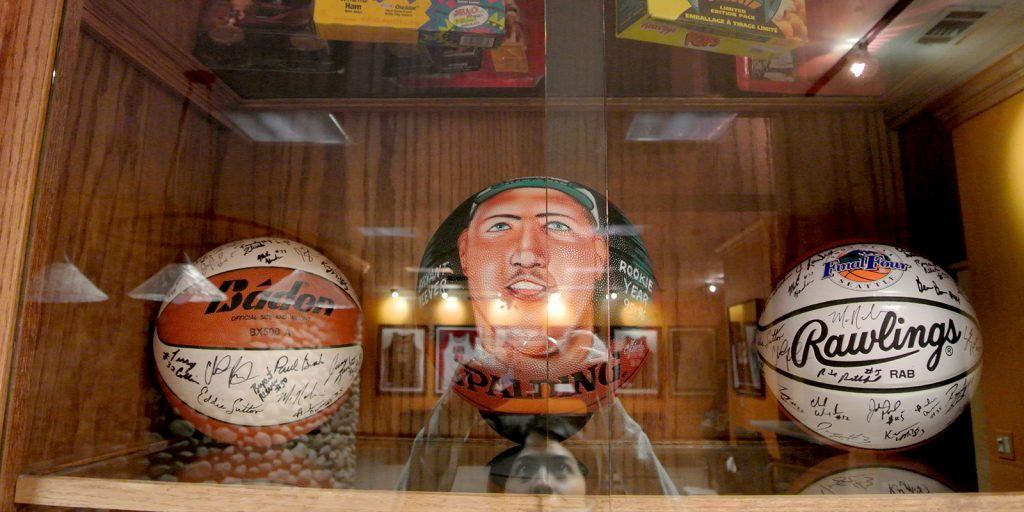 The Vancouver Grizzlies’ inglorious six-year history may have lacked in highlights but it undeniably had a poster boy: Bryant “Big Country” Reeves, whose less-than-sculpted man-mountain frame made him an easy target for criticism.

Documentarian Kathleen S Jayme sets out to track down her hard-luck hero who was forced into early retirement by injuries. 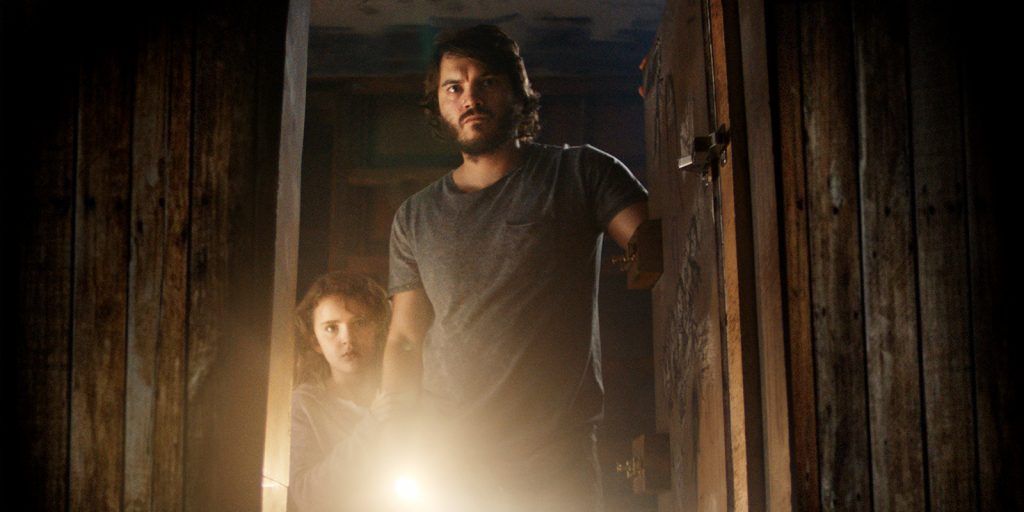 Kept under lock and key by her paranoid father (Emile Hirsch), seven-year-old Chloe (Lexy Kolker) yearns to experience the simple pleasures of childhood.

But when she finally ventures outside, she quickly realizes that she’s no ordinary girl and that the world beyond the deadbolt is stranger still. 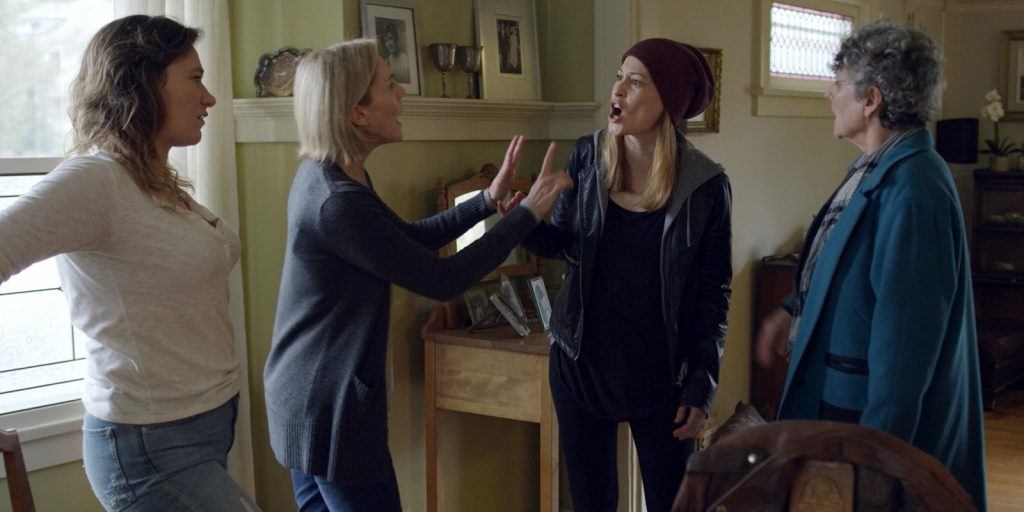 Some are unlucky at love. Others are just inept.

Camille Sullivan shines as a rough diamond who must keep her emotionally frail brother (Jeff Gladstone) from unravelling as his marriage (to the brash Colleen Rennison) implodes. 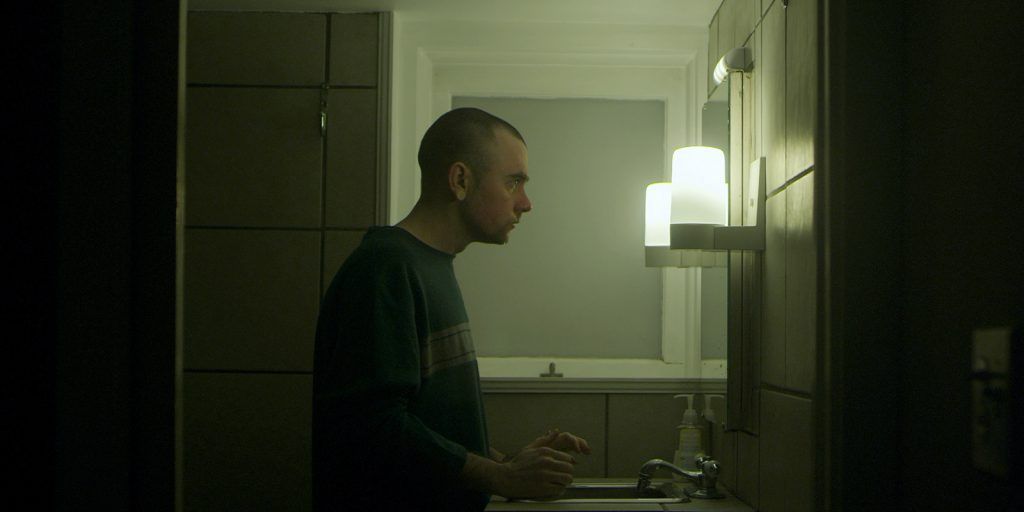 Heartbroken and flat broke, Greg (director Zebulon Zang) struggles to reenter the workforce and suffers a series of seriocomic indignities, including single-handedly crewing an experimental film.

As Greg’s existential dread steeps, Zang reveals himself to be a keen observer of human nature who’s capable of mining rich absurdity from the mundane.

Picking Up the Pieces: The Making of the Witness Blanket 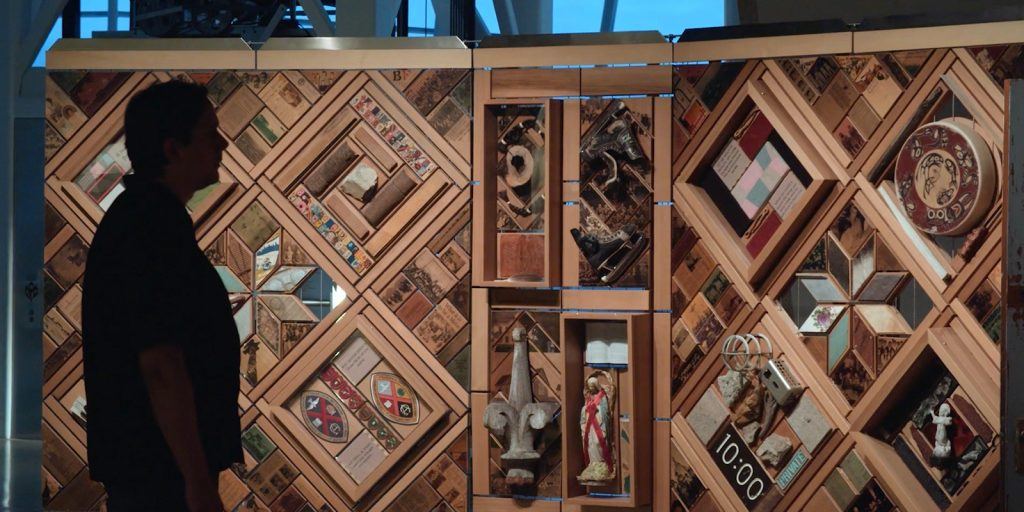 Inspired by symbolic Indigenous blankets and created from artifacts scavenged from demolished residential schools, Carey Newman’s Witness Blanket is an astonishing installation that pays tribute to the 150,000 souls who endured one of Canada’s most oppressive eras and the institutions it spawned. 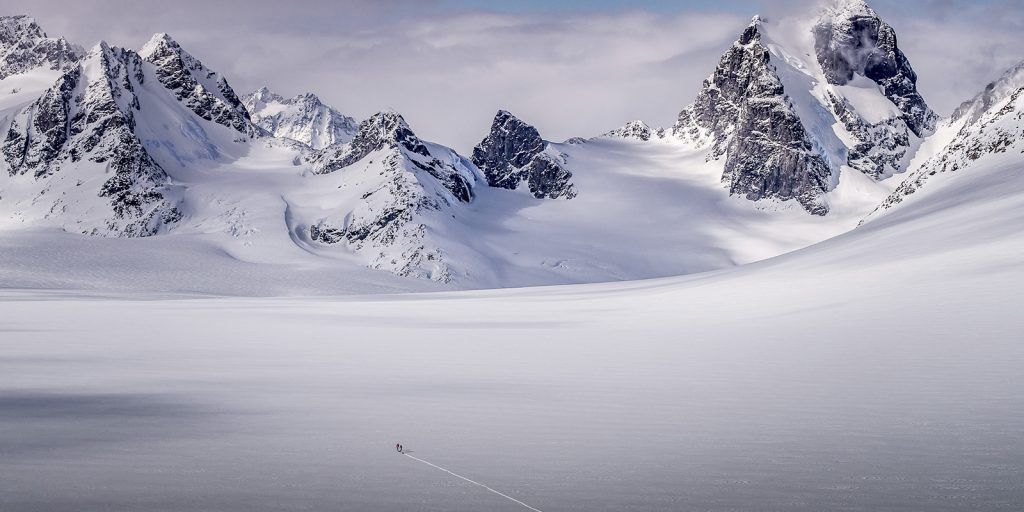 Opening with the staggering sight of a “snow artist” crafting intricate patterns in an arctic mountainside, Grant Baldwin’s (Just Eat It) visually stunning documentary continues to inspire awe with every frame.

Centred on a Vancouver mother and daughter’s six-month, 2,300-km trek through the Coast Mountains, This Mountain Life showcases this province’s majestic peaks and introduces us to some of the colourful characters who scale such great heights to work, play, worship and accomplish the heroic.

When the Storm Fades 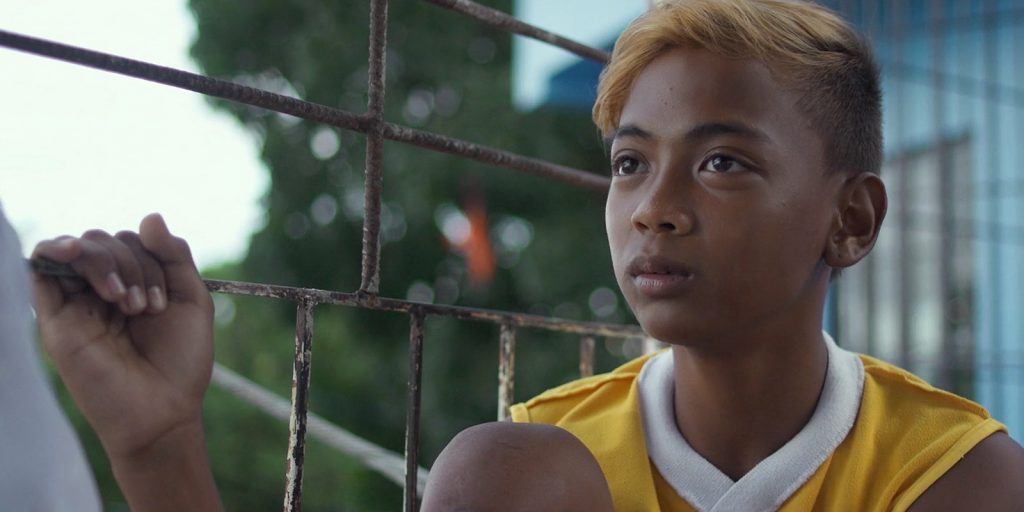 In this affecting, provocative docudrama from Sean Devlin, a Filipino family reenacts their own experiences of resolutely rebuilding their homes and lives in the wake of the devastation wrought by 2013’s Hurricane Yolanda.

Not helping matters are two ineffectual foreign aid workers (Kayla Lorette and Aaron Read) who aren’t quite the white saviours they fancy themselves to be.

To vote online, simply check out each competing film’s web page. Viewers are invited to vote until midnight of Tuesday, September 25, 2018.

Twitter users can also win tickets to #mustseebc screenings and festival galas while supporting their favourite BC films.

From September 13 to 26, fans who tweet @VIFFest using #mustseeBC and #TweetForTickets will be automatically entered in daily prize draws for screenings and special events.

Tickets: In person sales start on Thursday, September 13 at the Vancity Theatre