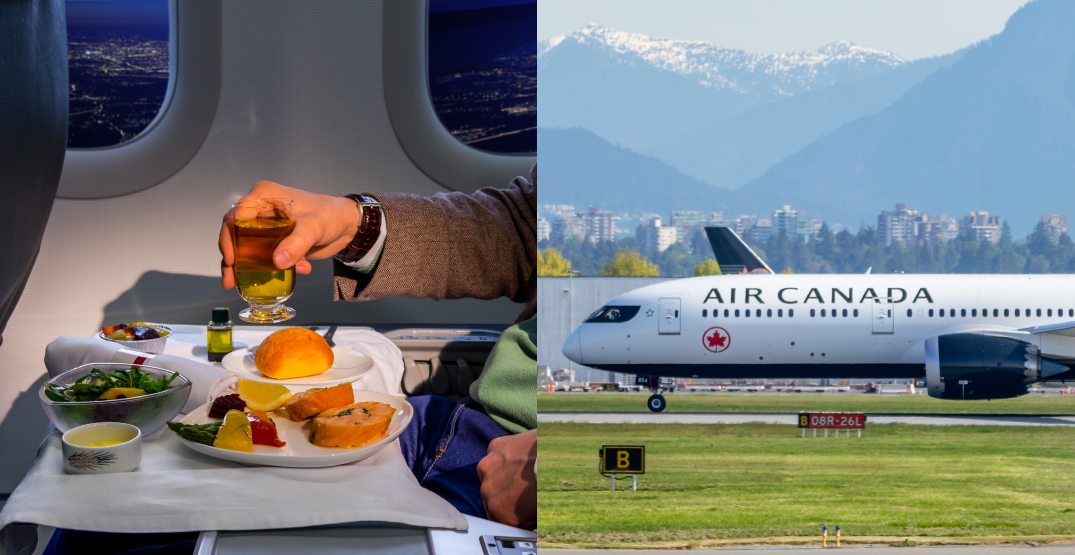 The availability of food service on the flights of dozens of airlines flying from Vancouver International Airport (YVR) could soon be impacted.

Unite Here Local 40 announced this afternoon it has issued a strike notice to airline catering company Gate Gourmet, after 98% of its workers at YVR voted in favour of strike action.

This could potentially impact Air Canada, Air France, KLM, and other airlines that contract their food preparations to Gate Gourmet.

The successful vote authorizes Gate Gourmet’s YVR employees to take job action up to, and including, a strike. The union says this in response to “a series of fruitless bargaining sessions.”

According to the union, its members are taking issue with the staffing shortages at YVR, which have resulted in heavier workloads for the smaller pool of working staff, and delays for passengers when their tasks are not performed on a timely basis. Scheduled flights can be held up if Gate Gourmet employees are behind schedule.

The workers for Gate Gourmet prepare meals for pre-flight assembly; load aircraft trolleys with beverages, snacks, and duty-free items; and deliver, load, and unload directly on the aircraft with critical turnaround times to ensure flights depart on time.

The union has indicated workers, who assert they are “overworked and underpaid,” are looking for wage and health benefit increases.

“While big airlines such as Air Canada gave $10 million in executive bonuses after receiving a $5.9 billion bailout from the Canadian government, contracted airline catering workers were left behind,” reads a statement by the union.

“Protracted pandemic layoffs led to a significant reduction in airline catering staff, and staffing levels have yet to recover as air travel has rapidly resurged.”

With global aviation passenger volumes now surging, airport operations and the businesses that support both airports and airlines have been unable to keep up with the soaring pace of demand for services.

YVR is no exception, with the airport experiencing a pandemic-time average high of almost 70,000 passengers per day this week — not far off from the 81,000 daily passengers experienced this time of year in 2019. In May 2022, YVR also recorded a total of 1.6 million passengers throughout the month — equivalent to 73% of pre-pandemic volumes. The full statistics for June 2022 have yet to be released, but they are higher than the previous month.

Security screening services by CATSA have notably struggled to keep up with demand, made evident by the long lines and advice to arrive much earlier than usual at YVR and other busy Canadian airports.

The labour shortage at YVR and other airports around the world has resulted in delays and a deterioration in the travel experience.

“We are sorry to hear about your bad experience at our airport today. We hope that in the coming months the 100+ companies that work within the airport environment will be able to get back to pre-pandemic levels to meet demand. Until then, we thank you for your patience,” reads a tweet by Vancouver Airport Authority last month in response to a passenger’s complaint.

Gate Gourmet is based in Switzerland, and provides catering services for airlines — both in-flight at over 200 airports and at airport lounges.