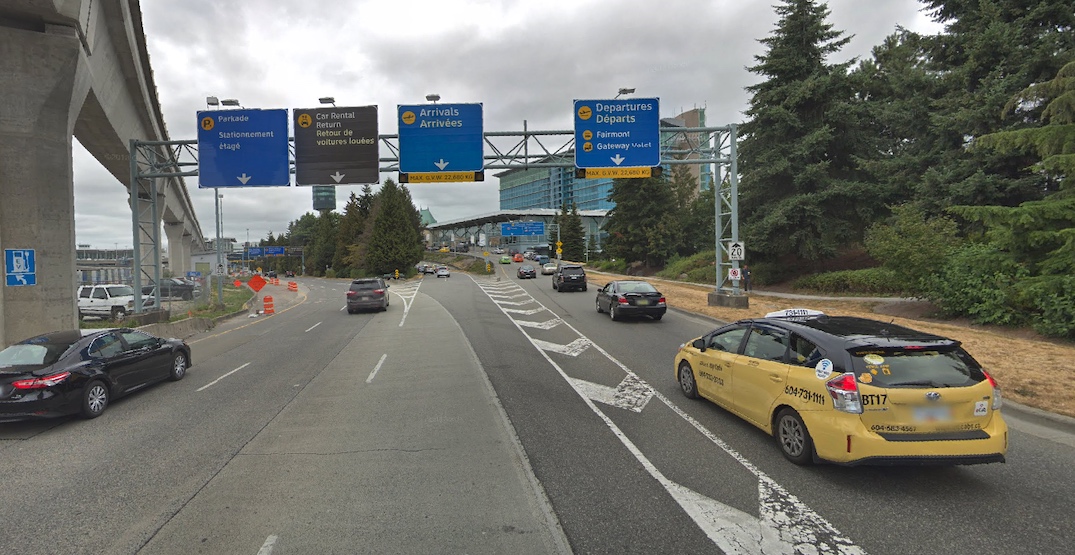 Vancouver International Airport is warning passengers arriving and departing by automobile that the terminal building’s Level 1 roadway will undergo a six-month closure to allow for major construction.

The closure will begin on January 14, 2020, with crews performing work that builds piping to connect the new $350-million geoexchange system with the terminal building.

The geoexchange system is being built east of the existing parkade structure, where the value long-term parking lot used to be located.

According to the airport authority, the roadway closure will begin on Grant McConachie Way just after the entrance into the car rental facility — past the crosswalk. There will be no impact to drivers accessing the parkade or those using the car rental entrance.

Pedestrians will still be able to access the parkade from the domestic terminal building’s first level through designated walking routes.

Clear signage will be posted in the area to direct pedestrians and travellers arriving by vehicle. The detour routing will change as this project progresses.

The road closure also necessitates the relocation of courtesy shuttle pick-up and drop-off to Departures on Level 3. TransLink’s N10 bus stop has also been relocated to domestic check-in on Departures, Level 3. As well, all pre-arranged commercial vehicle pick-ups will now take place at International Arrival on Level 2.

When complete, YVR will have Canada’s largest geoexchange system, supplying the heating and cooling needs across the entire terminal building complex. A system of 850 wells drilled 500-ft deep will cool the building during the summer and providing heating during the winter.

Other facilities that will be constructed on the former value lot site include four backup power generators and a six-storey, short-term parkade expansion next to the existing parkade, which will open in 2021.