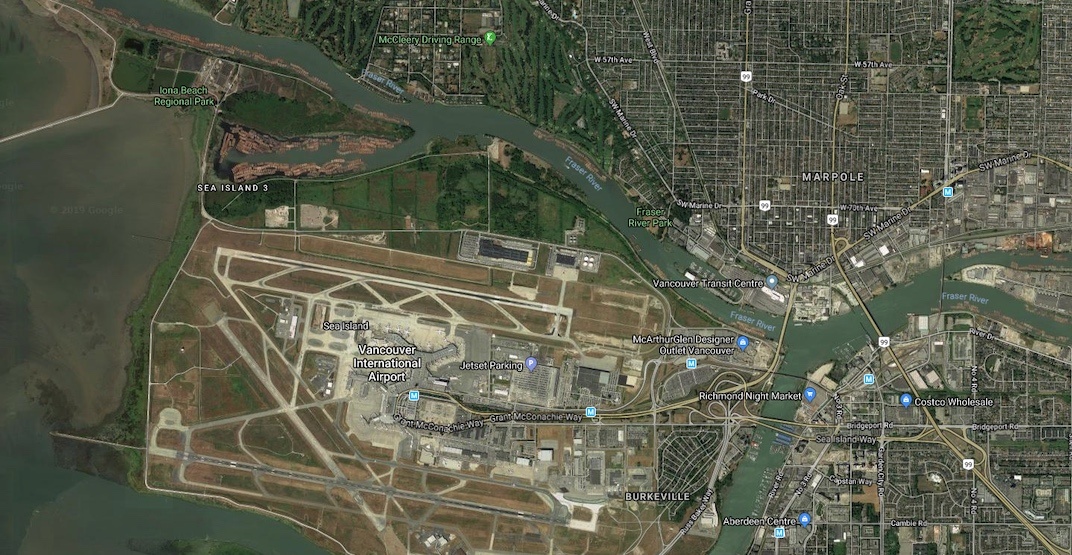 The City of Richmond is formally asking the federal government to allow Vancouver International Airport to use its North Runway more often in a bid to reduce aeronautical noise in Richmond’s residential neighbourhoods.

Minutes from a Richmond city council meeting, held on March 4, indicate that councillors requested a letter be written to Marc Garneau, the federal Minister of Transport, asking that “the North Runway… be better utilized for aircraft departures to lessen the impact of aircraft noise on the people of Richmond.”

Noise issues are increasingly a concern for Richmond’s municipal government, which has focused much of its residential densification plans in northwest Richmond, just east of the airport, where its suburban city centre is located — around Canada Line stations.

Built in 1996 as a part of YVR’s modernization expansion project, the North Runway — close to Vancouver — is used mainly for arrivals and normally closed from 10 pm to 7 am. These restrictions are imposed by NAV Canada.

The original South Runway, located south of the main terminal, which has flight paths directly over Richmond, is the longest and used for both arrivals and departures 24/7.

“Discussion took place on aircraft noise concerns on the north and south runways and whether the City of Vancouver has implemented noise mitigation requirements for developments on Vancouver’s south side across from YVR’s north runway,” reads the minutes.

As a result of the discussions, the City of Richmond will also send a letter to the City of Vancouver “suggesting that noise attenuation measures in new construction be implemented to mitigate airport noise.”

Representatives with the Vancouver Airport Authority informed Richmond city council during the meeting that YVR is not in favour of a nighttime curfew on airport operations due to its geographical seat on the west coast of North America, and there is potential to expand evening flight operations.

YVR is experiencing significant year-over-year passenger growth, with 25.94 million passengers recorded in 2018 — up from 17.6 million in 2012. By 2022, the airport is expecting to reach as many as 31 million passengers.

Some major international airports busier than YVR practice nighttime curfews to address noise issues. Strict curfew regulations at Sydney Airport prevent aircraft from taking off and landing between 11 pm and 6 am, but this practice is increasingly being questioned as it is making it difficult for the airport to tackle its congestion problems.

London’s Heathrow Airport also restricts nighttime aircraft movements to just 5,800 take-offs and landings per year between 11:30 am and 6 am.

According to YVR, a total of 920 aeronautical noise concerns from 250 individuals in Metro Vancouver were reported throughout 2018, representing a 29% decrease in the number of concerns over the same period in 2017. Nearly half (457 out of 920) of the total number of reports were made by just three people in Richmond regarding jet departures and run-ups during the overnight hours.