The carvings by acclaimed Haida Nation artist Reg Davidson are located after security near the Link Rotunda and the C-Pier departure gates of the domestic terminal.

According to a release, a 24-foot-tall cedar pole dubbed ‘Rave Stealing the Beaver Lake’ highlights the Haida creation myth, specifically the story of the Beaver people bringing Raven to their great house and providing him with a plentiful salmon meal. Another sculpture, called the ‘Blind Halibut Fisherman and Raven with a Broken Beak’, centres on the Haida myth in which Raven tried to play a joke on an old, blind man.

Accompanying the sculptures is a large bentwood box used to store ceremonial regalia and other precious objects.

“Art is an important part of how we create a unique sense of place at YVR that represents the cultural heritage, natural beauty and iconic experiences that embody British Columbia,” said Anne Murray, Vice President, Marketing and Communications, in a statement. “We are so proud to showcase Reg Davidson’s stunning cedar works and highlight First Nations culture to the millions of passengers who travel through YVR every year.”

Vancouver International Airport’s interior design theme of “land, sea and sky” and the extensive usage of decorative First Nations art, scattered across the terminal, contributes to the airport’s consecutive annual rankings as one of the world’s best airports. 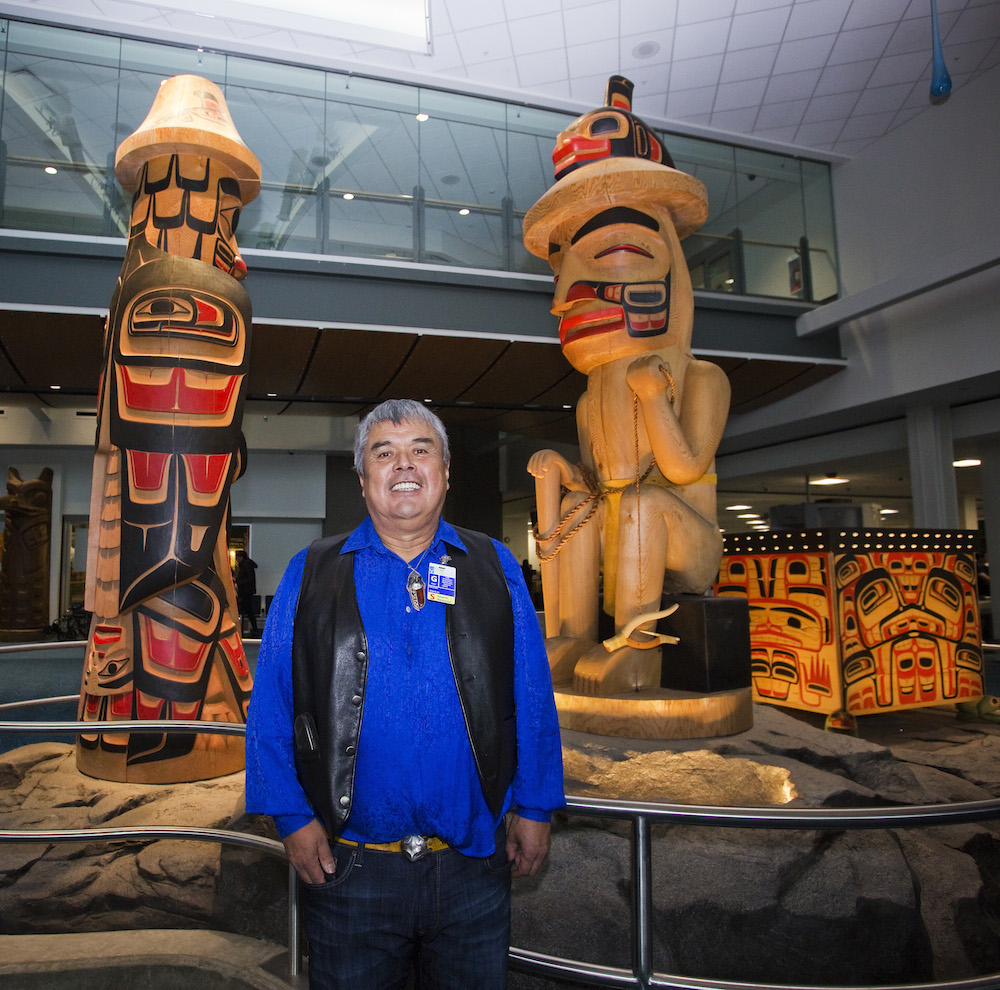 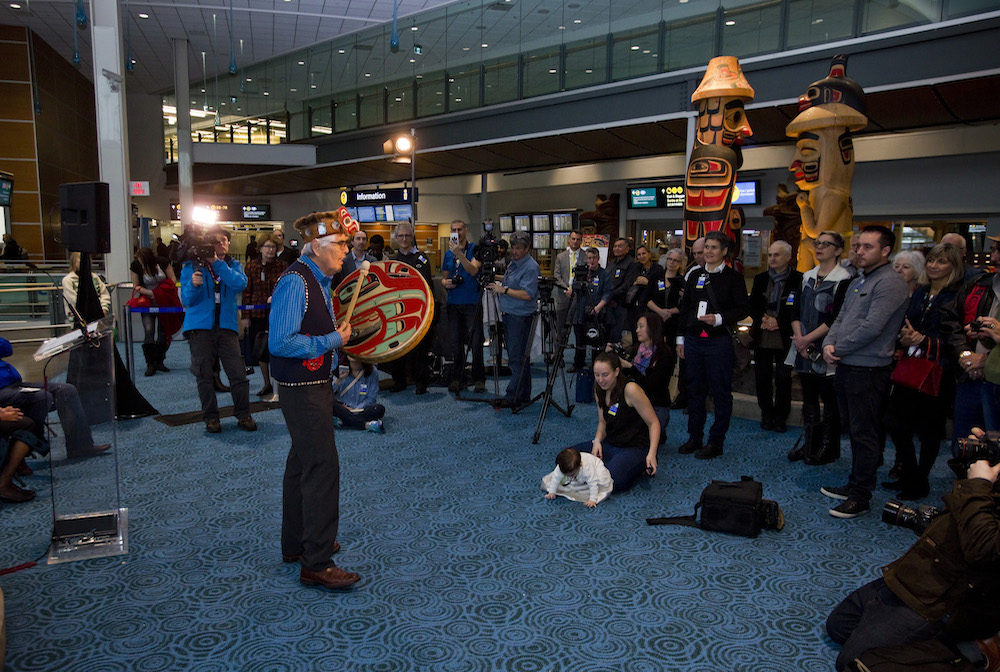