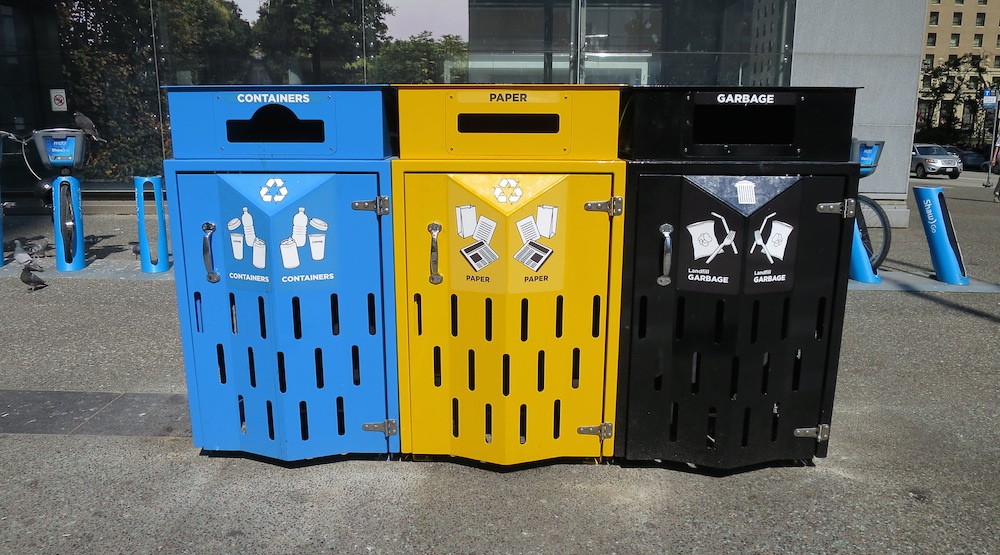 The first of the new garbage and recycling bins are installed at the intersection of West Georgia Street and Granville Street. (Kenneth Chan / Daily Hive)

Overflowing sidewalk garbage bins could be a thing of the past for a high-traffic pedestrian area in downtown Vancouver.

The municipal government will be installing 15 new on-street garbage and recycling bins along Granville Street and around the Vancouver Art Gallery. The first of these bins have already been installed at the busy intersection at West Georgia Street and Granville Street.

Each bin has three different coloured receptacles. The blue receptacle is for mixed containers such as coffee cups, plastic bottles, and pop cans while the yellow receptacle is for paper recycling such as newspapers, flyers, and paper bags.

A third receptacle coloured black is for unrecyclable garbage such as utensils and straws, which will go to the landfill.

Each of these receptacles are not only larger than the existing single all-purpose silver-coloured garbage cans found across the city but they are also better designed against unauthorized opening by vandals and binners. 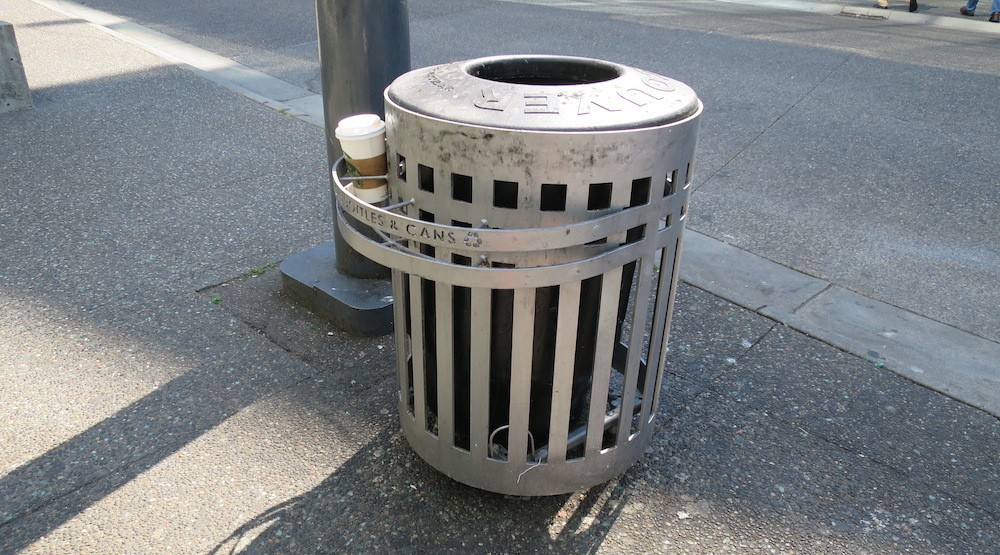 “We’re excited to have partnered with the City in identifying key locations for these new recycling stations in downtown Vancouver,” said Charles Gauthier, president and CEO of the Downtown Vancouver Business Improvement Association, in a statement.

“Keeping our city clean and being conscious of our ecological footprint are key to the sustainability goals in our new five-year strategic plan. Our member businesses are supportive of the City’s zero waste objectives, and we recognize that this is a positive step towards achieving them.”

These bins are similar to the 31 Recycle BC bins that were installed in the West End last summer as part of an on-street recycling pilot project, which has been extended to the end of 2017. 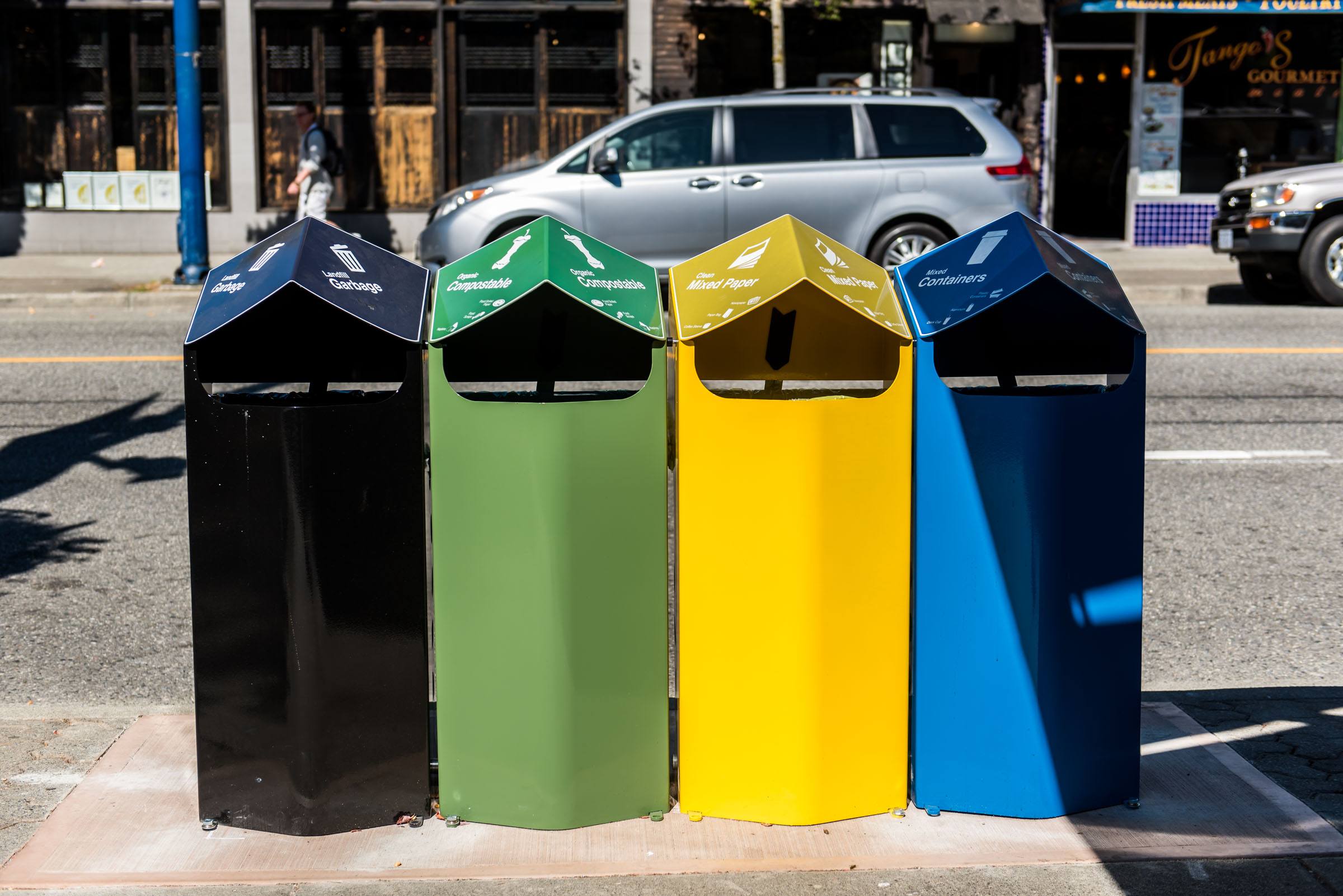 One of 31 recycling bins installed in the West End as part of a Recycle BC pilot project. (Recycle BC)