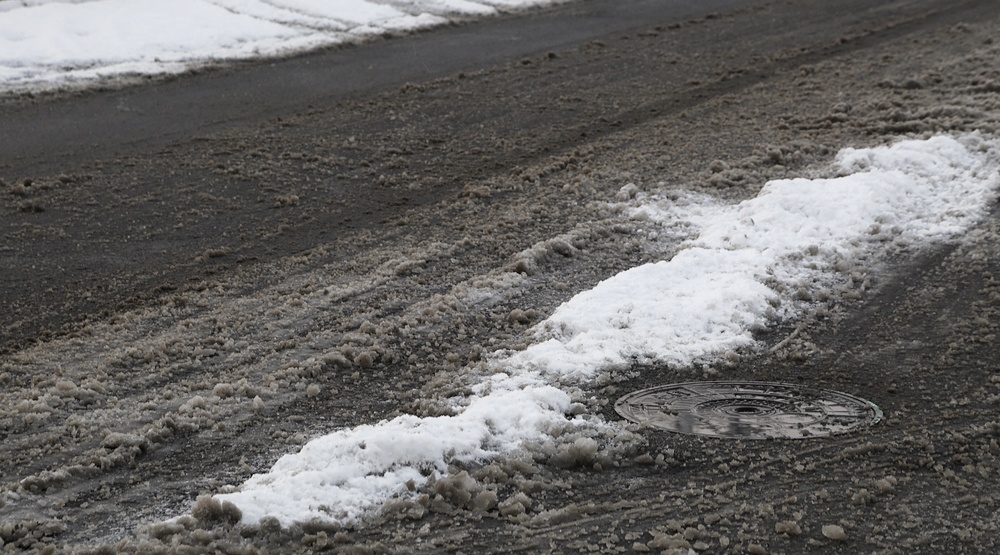 Much of yesterday's slushy snow has turned to ice overnight thanks to below-freezing temperatures. (Image: Erio Brown/ Shutterstock)

The sun may be out, and the snow may have stopped, but there’s still more winter in store for Vancouver.

While Monday’s snow caused headaches for commuters across the region, below-freezing temperatures Monday night turned much of the leftover slush and snow into ice on Tuesday morning.

And once again, people are being advised to take extra care.

#HappyTuesday! It looks like a slippery morning! ✨❄️Please #SlowDown, & give yourself extra time & space on the road. #DriveSafely #VPD pic.twitter.com/MfI4lXN1im

vancouver PSA: it’s icy out there [lots of black ice on the roads too]. remember friends, WALK LIKE A PENGUIN!! pic.twitter.com/PctNckTT2N

Take extra care while walking on sidewalks, watch out for black ice, it’s icy out there #Vancouver

Black ice everywhere this morning! Be careful, everyone! #Vancouver

Drivers are reminded to slow down and use caution, as hazards like black ice may make a road seem clear, but can result in very slippery conditions.