While some are betting the Vancouver housing bubble is about to burst, Royal LePage is predicting the value of a home will rise 10 per cent in 2015.

The detached two-storey and bungalow homes continue to be Vancouver’s most sought-after properties, with prices rising about 13 per cent between the second quarters of 2014 and 2015. For condo owners, values rose as well, but at a slower pace at 6 per cent.

For all property types, Royal LePage forecasts that home prices will rise 9.4 per cent on average by the end of this year. The cost of owning a home in Toronto is also quickly rising at a rate similar or just above Vancouver. Prices there should increase 9.6 per cent come December.

“The robust national average home price increases that we have seen in the second quarter are heavily influenced by activity levels in Toronto and Vancouver,” said Phil Soper, president and chief executive officer, Royal LePage. “The housing industry in both cities boasts a foundation of prosperous labour markets driving demand for housing that is in limited supply – above average price increases aren’t going away any time soon. Looking to Canada as a whole, 2015 is shaping up to be a record year for housing, despite the cloud of economic uncertainty caused by low oil prices and twitchy global economies.”

Vancouver and Toronto remain Canada’s hottest markets, followed by Hamilton, Ontario, which has seen roughly a 12 per cent growth rate for detached two-storey and bungalow homes.

Condo owners in Halifax, Toronto, Edmonton, Vancouver and Victoria have seen the biggest increase in value averaging at about a 5 per cent growth rate, whereas condo markets in Winnipeg and Regina fall and Calgary and Montreal see mediocre increases. 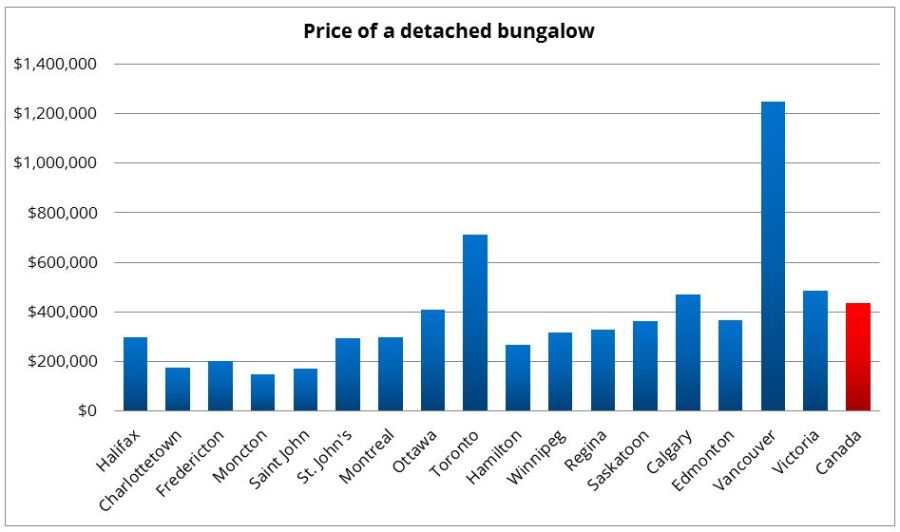