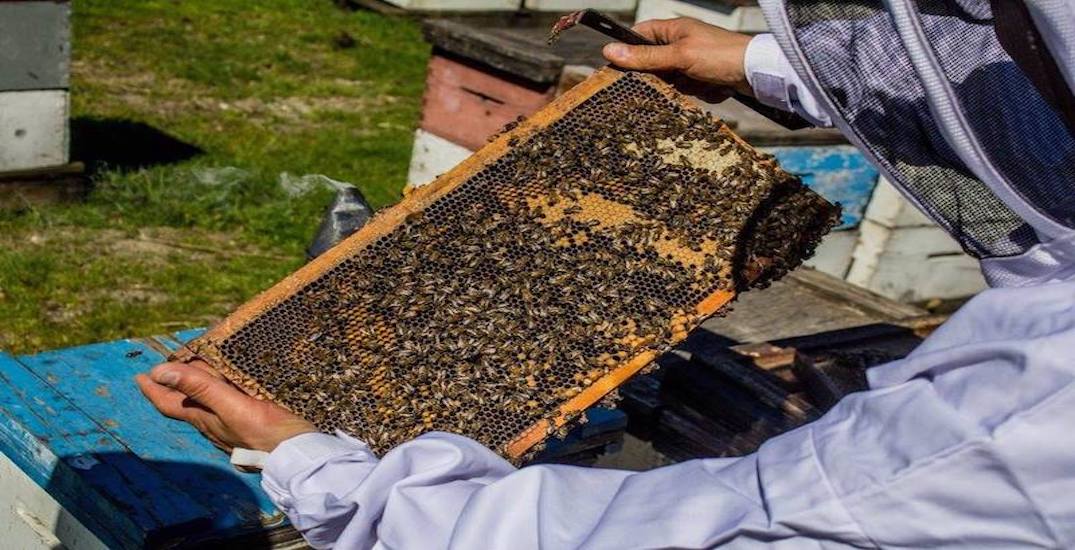 A local farm located in Surrey is buzzing with happiness after its honey won two international competitions, defeating hundreds of competitors in London and Malta — now BCB Natural Products‘ mission is to educate people about the importance of honey bees.

“We are absolutely ecstatic about this achievement and excited to say that Vancouver really does have some of the world’s best honey and bees,” said Jasmine Tabari, with the honey farm.

In a phone interview with Daily Hive Vancouver, speaking on behalf of her father who founded BCB Natural Products and Services, Dr. Iman Tabari, Jasmine said her dad started the company back in 2003 when he was looking for change after moving to Canada from Iran, where he worked as a doctor.

After starting the farm with just 50 hives, Jasmine said her father began to research bee populations throughout the world, “and he noticed that in North America that they’re declining very fast and he kinda made it his goal to revive the BC population,” growing the farm to have 1,000 hives throughout the Lower Mainland.

In today’s agriculture, Jasmine said bees are facing struggles, such as the Colony Collapse Disorder, which cause is unknown, and sees a lot of bees die every winter, as well as the use of pesticides from some farmers, “so it makes it really hard for bees to survive in the winter.”

Jasmine said that BC loses 20-40 per cent of our honey and bumble bees — which fruit, vegetable, and wild flower crops need.

“Without bees we wouldn’t have a lot of the plants and food crops we have and they’re just a really really vital part of our ecosystem that a lot of people don’t even know about.” 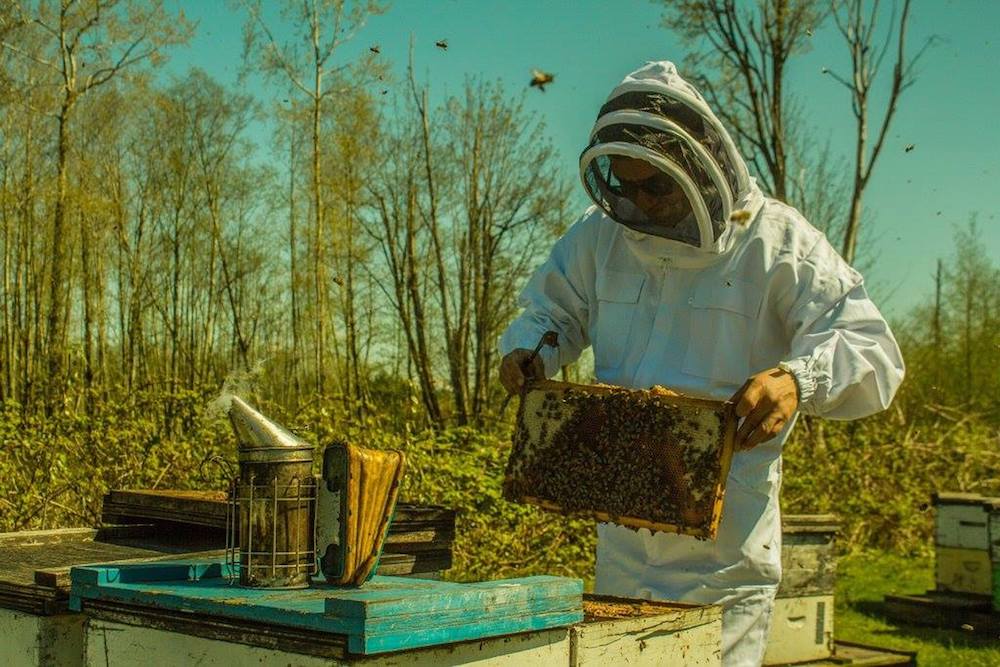 The family is especially passionate about raw honey because of its medicinal benefits, Jasmine said, adding that her father will often make trips up to Northern BC where there is next to zero pesticides and the honey is pure.

Jasmine said her father always thought their farm had the best honey in the world, but he wanted to make it official and put the spotlight on what BC has to offer when he entered the competitions.

“It’s been really popular in our store and the farmer markets, so he thought why not enter for that one as well.” 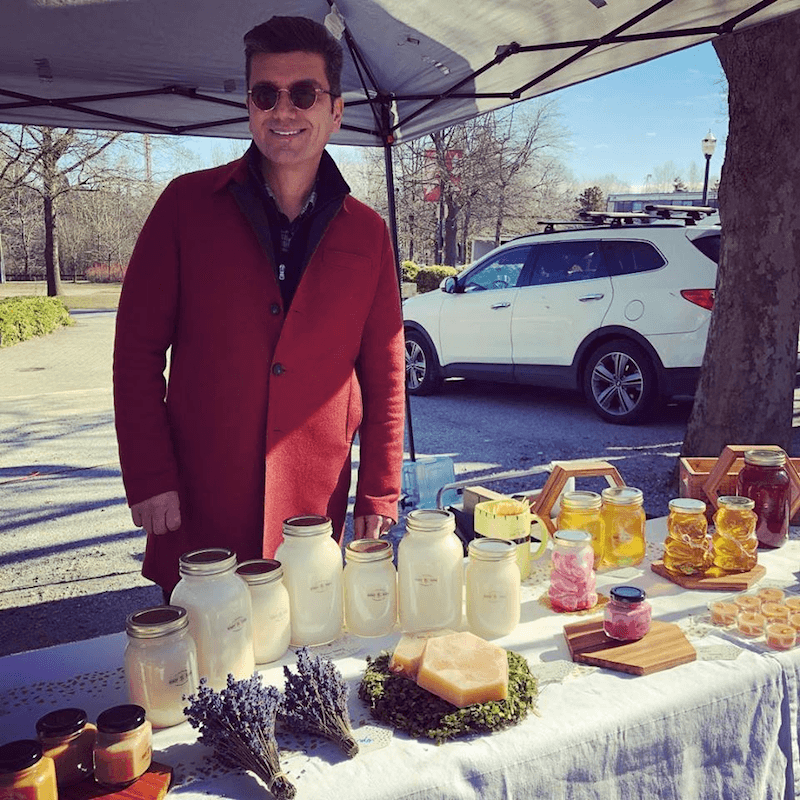 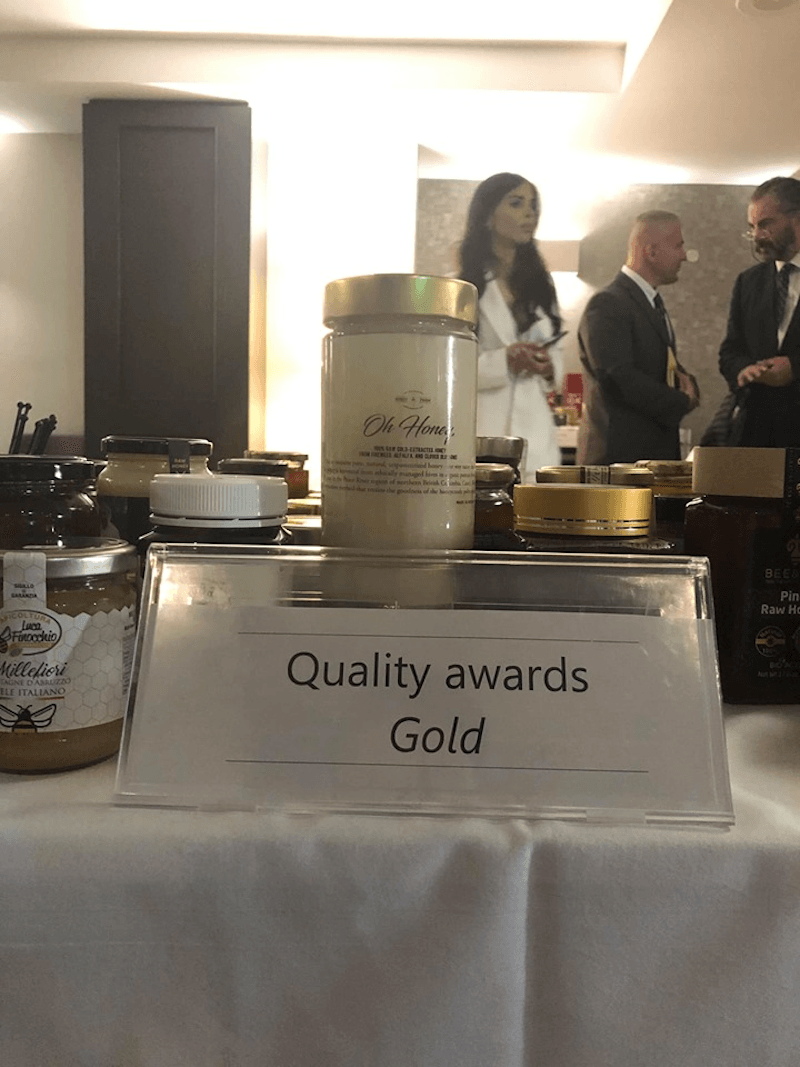 If you’re wondering how honey is judged, it’s through blind tasting samples, “the actual properties in the honey and as well as the taste and the colour, and the consistency.”

While currently “creating a buzz” at Vancouver farmer markets, Jasmine said the family is planning to grow the business by expanding to downtown in Vancouver later this year, where they will continue to raise awareness about the importance of bees.