A lot can change in a year.

Vancouver real estate analyst Andy Yan is at it again with a new data visualization that shows just how many single-family homes in Vancouver are now valued over $1 million. Hint: it’s almost all of them.

It seems like nearly every day new statistics about the unaffordable housing crisis in Vancouver appear on news wires. Data sets, maps, anecdotal evidence about a $25 million tear-down – they’re all shocking in their own right, but nothing compared to the exceptional findings Yan published this week.

He calls it “The End of the $1 million Line for Single Family Homes in the City of Vancouver.”

For five years now, Yan has been producing data maps showing where Vancouver homes are valued at over $1 million and under $1 million for urban research firm BTA Works. The maps have always shown somewhat similar outcomes; Main Street has largely been the divider between over-$1-million-homes to the west and homes valued at under-$1-million to the east. 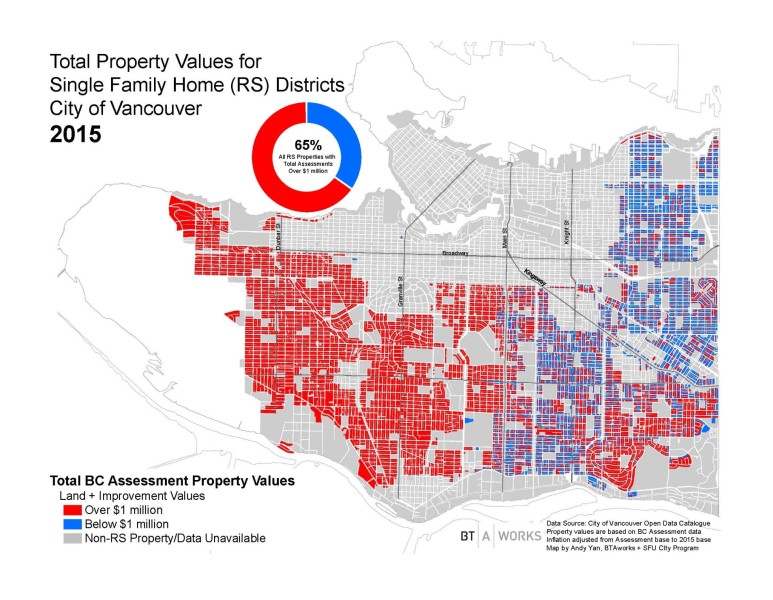 By 2015, the line was still there, though homes over $1 million were beginning to push into East Vancouver. Fast forward to 2016 and the $1 million line has all but disappeared. In less than 12 months (Yan’s last study was published in March of last year), the number of homes assessed at over $1 million has grown from 65% to 91%. 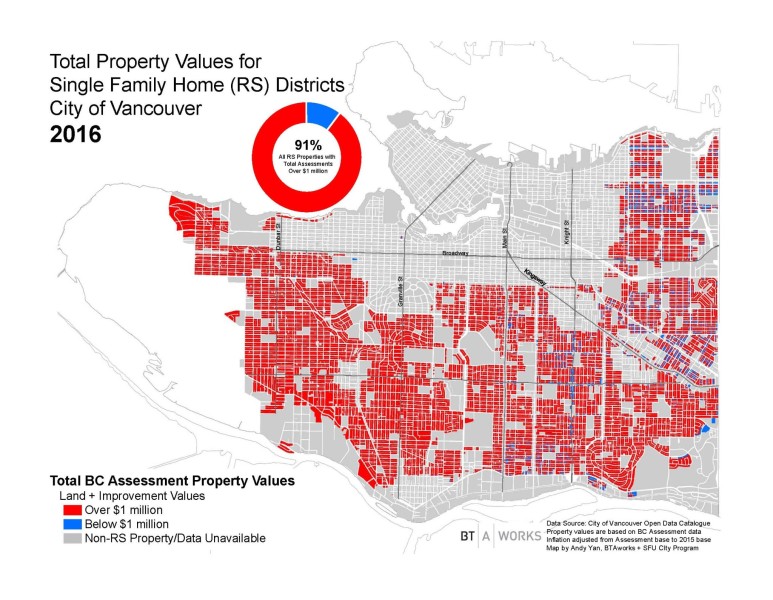 Even worse, BTA Works says that since the assessment value was determined in July of 2015, the number of homes valued at over $1 million are likely much higher. There’s no factual way to prove that just yet, but numbers from the Real Estate Board of Greater Vancouver show the price of single family detached homes in Vancouver West increased by 9% and East Vancouver homes increased by 9.5% between July and December 2015.

So Yan then created “the next frontier” a map that shows the line where houses are valued at over or under $2 million. The number of homes that are assessed at over $2 million is still high (32%), but at least there is a clear line. 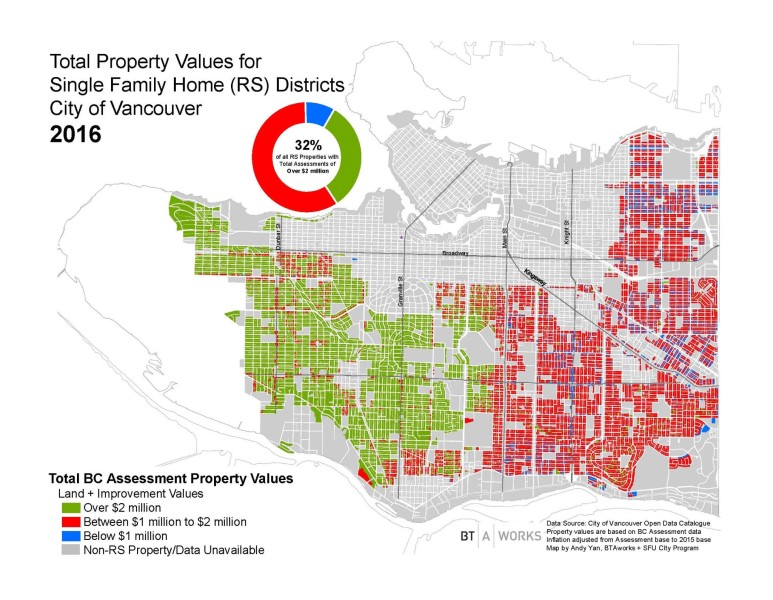 While the images say a lot, Yan also discusses the causes of the remarkable homogeneity of $1 million homes.

“The low cost of borrowing over the last decade, the effect of global capital entering the residential market of the City of Vancouver and Metro Vancouver, a growing City population, speculative purchase behavior, a cultural and financial predisposition to home ownership versus renting and generational wealth transfer have all shaped the values of residential property,” said Yan.

“It is a combination and compounding alignment of these factors and others that have likely produced the value assessment escalation patterns in the City of Vancouver. Beyond the truths behind the growth of single family home values in the City of Vancouver, the economic, social, and cultural consequences in this environment of housing unaffordability has implications for the years and decades to come.”

He also questions whether the $1 million mark is even relevant to us, but points out that it has always been chosen for its cultural significance and “touchstone of $1 million in Canadian culture”, in part due to The Barenaked Ladies’ song “If I Had a Million Dollars”. It also happens to be the mark where international realtors like Sotheby’s define “luxury real estate”.

Check out the animated map below showing the difference between 2015 and 2016:

And this detailed map showing homes priced between $1 million and $5 million-plus: 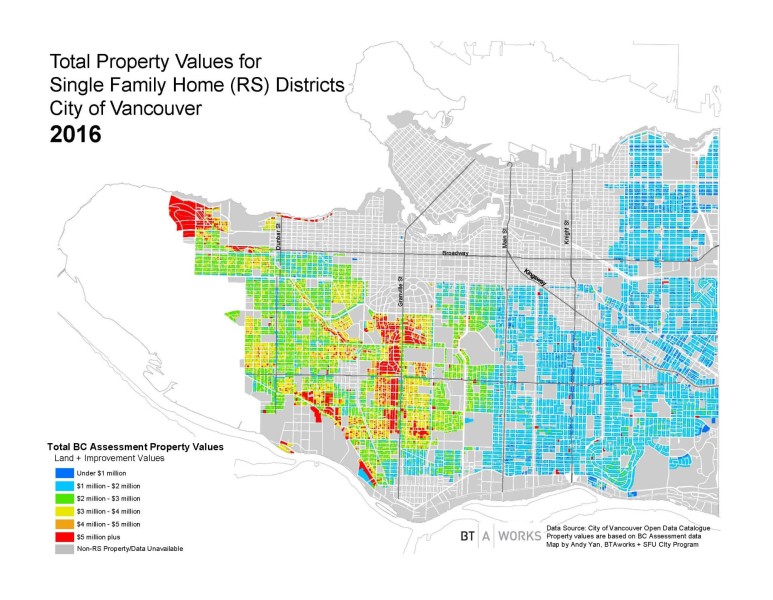