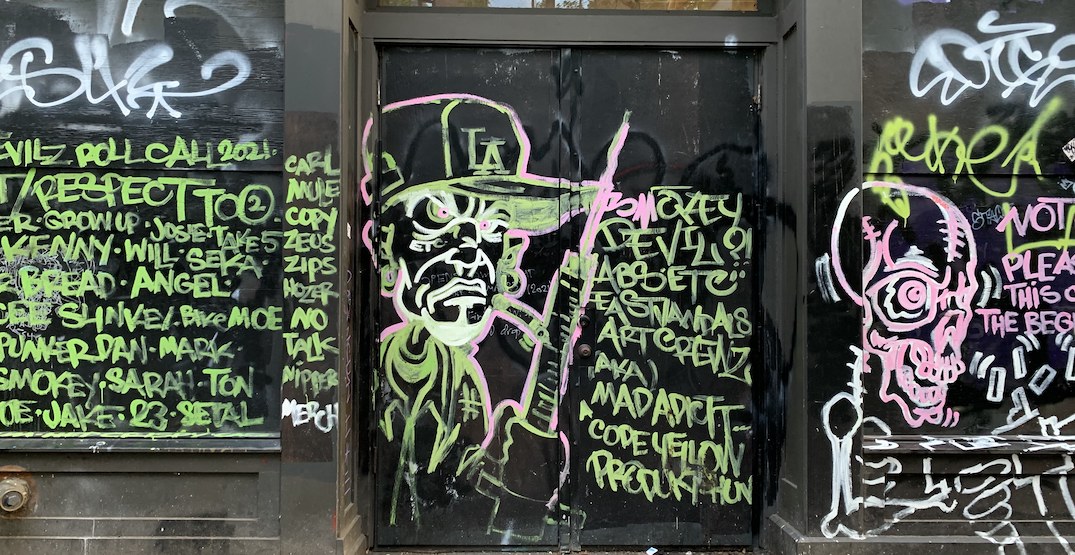 Graffiti on the boarded up storefronts at 130 West Hastings Street, Vancouver. Captured on May 12, 2021. (Submitted)

Over the course of the pandemic, there has been a spike in the type of graffiti and tagging that can be considered as vandalism, and this activity is becoming a costly burden for struggling businesses that are frequently targeted.

According to the municipal government, the areas that are seeing the highest number of graffiti tags are downtown Vancouver, Grandview-Woodland, Mount Pleasant, Strathcona, Kensington-Cedar Cottage, and Kitsilano. As well, there is a 67% increase in graffiti on city-owned property.

“Since the COVID-19 pandemic, less eyes on the street, more boarded-up storefronts, and a frustrated population have led to a noticeable uptick in graffiti and street tagging. Across the city, nuisance graffiti has seen a significant increase,” reads the motion, which brings up the broken windows theory — based on anecdotal and empirical evidence — that the presence of graffiti in an area over an extended period of time encourages more graffiti.

Existing municipal policies require property owners to remove illegal graffiti within 10 days of receiving a notice. There is also a minimum fine and penalty of $500 for anyone caught doing illegal graffiti.

The motion proposes temporary relaxations from fines and penalties for specific property owners or tenants of properties that are repeated targets of graffiti this year. There would also be specific mitigation strategies for these properties. 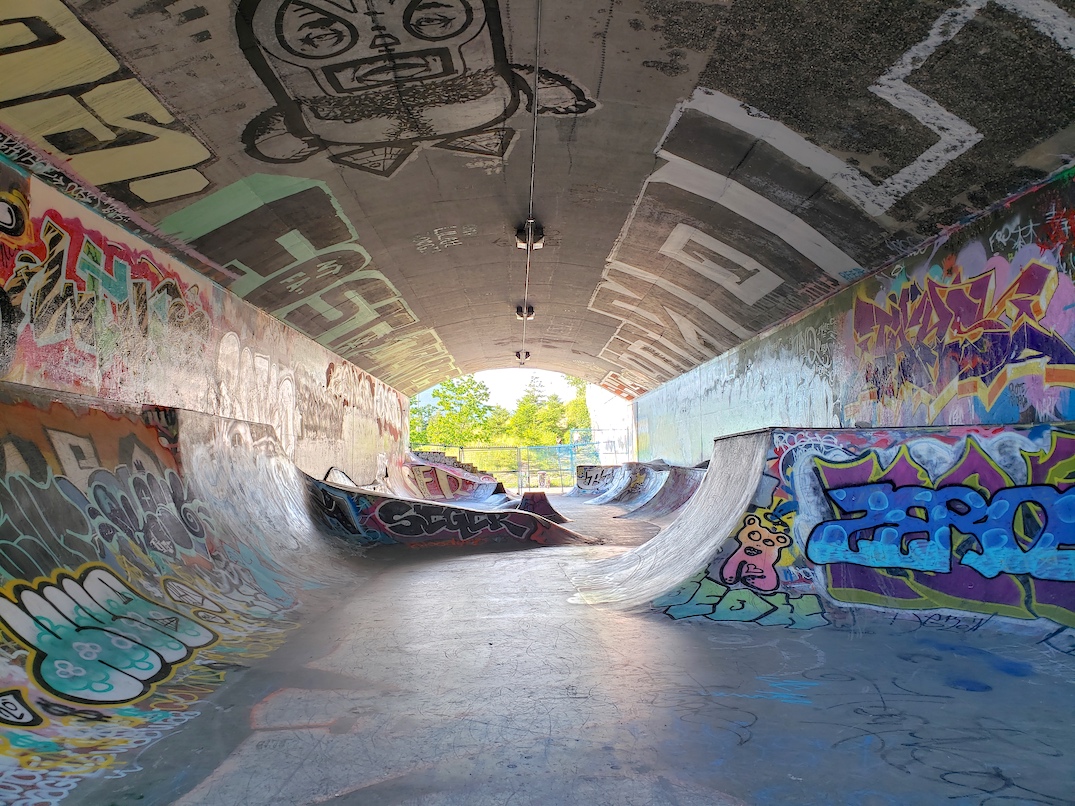 The city already has a longstanding partnership with Dulux Paints that provides property owners and tenants with up to two gallons each year of free exterior paint for the purpose of removing graffiti, and the motion seeks new strategies on increasing public awareness and the use of this free program.

Furthermore, city staff would be asked to report on current enforcement and prevention measures, and opportunities to increase enforcement, identification, and the tracking of prolific taggers.

There would also be new support for the graffiti removal efforts of business improvement associations (BIAs), which already spent significantly on in-house and contracted graffiti management. The Downtown Vancouver BIA alone has budgeted $575,000 this fiscal year for removing graffiti from areas within its jurisdiction.

The motion proposes $300,000 in new grant funding to BIAs for removing graffiti, specifically for BIAs with the highest percentage of graffiti incidents.

Over the longer term, the motion continues, the city could work with BIAs to identify potential interest and locations for sanctioned graffiti zones as a measure to reduce illegal and costly activity. Such locations are regularly painted and repainted to become destinations for taggers, artists, and visitors.

Sanctioned murals, such as those commissioned by the Vancouver Mural Festival, property owners, and the city, have also been known as a strategy to deter undesirable graffiti on surfaces, but during the pandemic this unwritten rule has increasingly been broken. 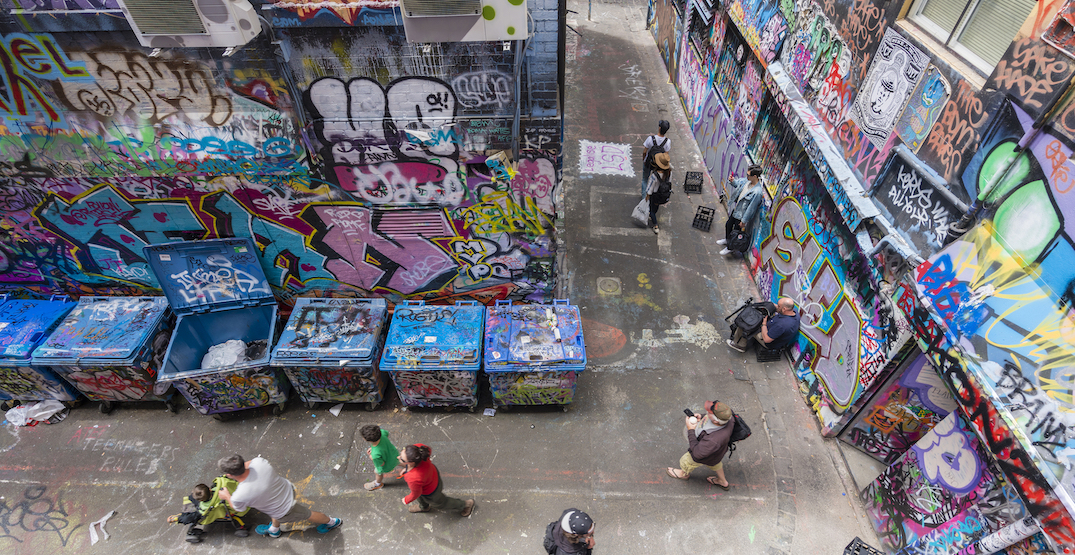