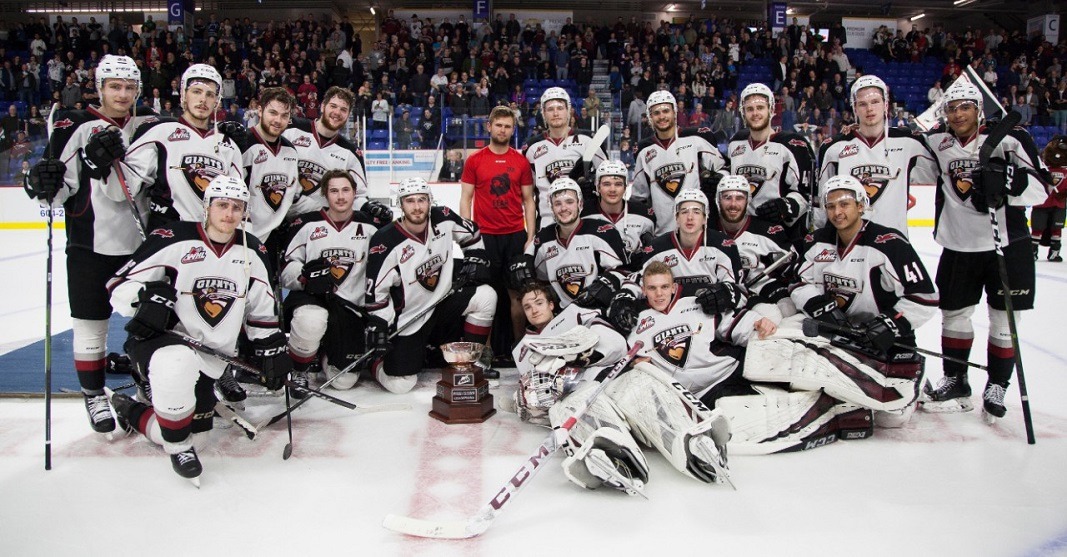 For the first time in 12 years, the Vancouver Giants are going to the WHL Final.

The Vancouver Giants win Game 5 3-2! For the third time in their history they are off to the @TheWHL Final!

In their third season playing out of the Langley Events Centre – and their first season under new head coach Michael Dyck – the Giants have been dominant all year. Their .743 regular season winning percentage was the second-best in franchise history.

The Giants have been even better in the playoffs with a 12-3 record. After beating Seattle in six games and sweeping Victoria, the Giants beat the Spokane Chiefs in just five games to win the Western Conference.

They’re now four wins away from winning the Ed Chynoweth Cup for the second time in franchise history, the first coming in the 2005-06 season.

THE GIANTS ARE HEADING TO THE ROGERS WHL CHAMPIONSHIP!

The face of this Giants team is undoubtedly Bowen Byram – the top defenceman eligible for the 2019 NHL Draft has been a force at both ends and leads all WHL players with 18 points in 15 playoff games.

Davis Koch is right behind Byram with 17 points, while seven other players have at least 10 points, giving them excellent secondary scoring.

The Giants have also gotten great goaltending from both David Tendeck and Trent Miner all season and into the playoffs, though it seems Tendeck has been tagged as the starter after playing all five games against Spokane.

The Giants will face the winner of the Edmonton Oil Kings and Prince Albert Raiders, the latter of whom hold a 3-2 series lead. Game 6 of that series is on Sunday afternoon.

The Raiders (54-10-4) is the only team that had a better record than the Giants this season, so should they advance the Giants will not have home ice advantage. The Giants beat the Raiders 3-1 at the LEC in their only meeting this season.