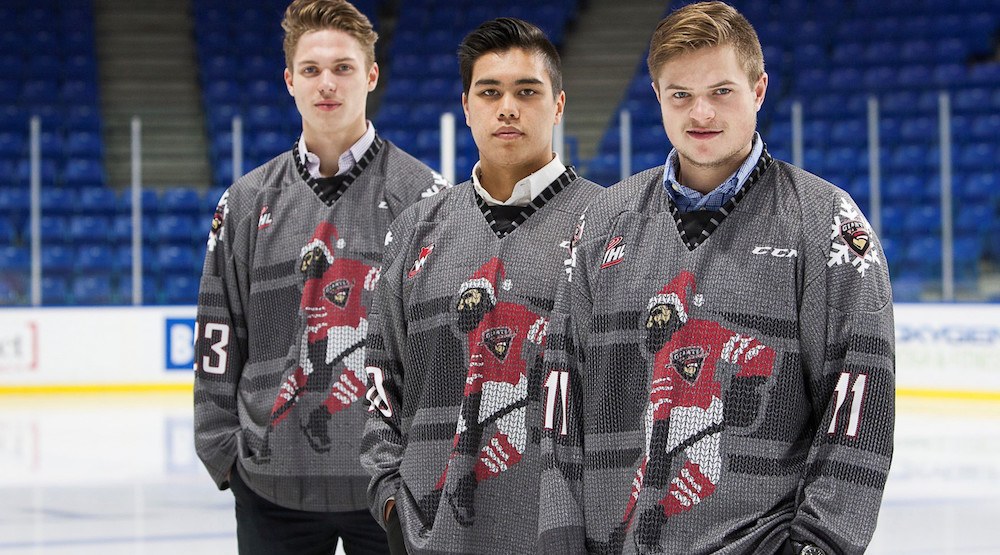 It’s that time of year again!

While people sift through merchandise at every Value Village in the Lower Mainland in search of the ugliest Christmas sweater they can find, the Vancouver Giants have found one of their own.

The Giants have worn a number of special jerseys in the past, including Stormtrooper jerseys, but these just might be their best yet. The team will be wearing ugly Christmas sweater jerseys for their home games at the Langley Events Centre on December 9th and 10th against Everett and Spokane.

The G-Men did something similar last season, although these look a little more authentic.

The Giants are 6-9-1 at their new home in Langley this season, averaging 3,726 fans per game at the 5,276 capacity LEC, which can’t be what organizers were hoping for after moving from the Pacific Coliseum. Give it time though, as the team improves and fans on both sides of the river get used to the new location.

The can’t miss game for casual fans is on December 16 against the Portland Winterhawks for their annual Teddy Bear Toss night.