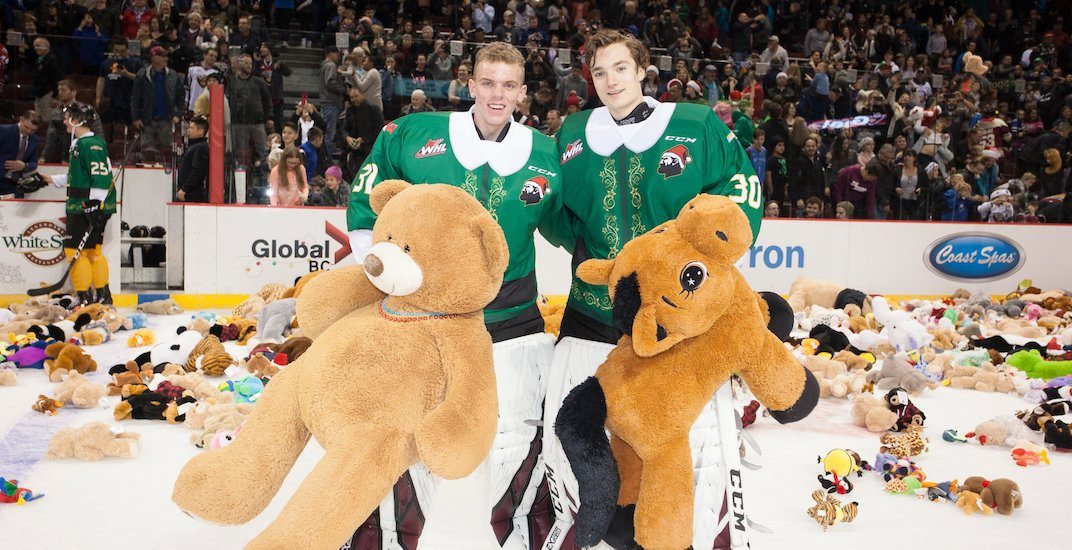 The Vancouver Giants are taking their show on the road next season, playing one game at Rogers Arena for the first time ever.

Teaming up with the Vancouver Canucks, the Giants announced that their popular Teddy Bear Toss game will take place at Rogers Arena on Sunday, December 8 at 4 pm against the Tri-City Americans.

“We’re happy to partner with the Vancouver Canucks for this initiative,” said Giants owner Ron Toigo in a media release. “Teddy Bear Toss has always been one of our marquee events, and hosting the event this year at Rogers Arena will only add to the excitement and mystique of the game.”

The Giants left Vancouver for Langley in 2016, but returned for two games at the Pacific Coliseum last December, which included a season-high crowd of 9,385 for the Teddy Bear Toss game.

The Teddy Bear Toss is always a sight to see, as fans are invited to hurl stuffed animals onto the ice after the home team scores their first goal of the game. The stuffed toys are then donated to children’s charities, as will proceeds from 50/50 raffle tickets and teddy bear sales on the concourse.