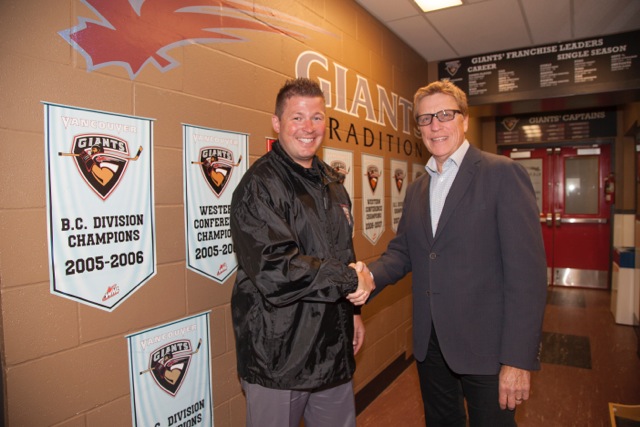 Less than a month after finding a new home in Langley, and two weeks after hiring a new general manager, the Vancouver Giants now have a new coach.

GM Glen Hanlon will announce 37-year-old Jason McKee as the new Giants bench boss at a media conference on Thursday. McKee will become the seventh head coach in club history.

McKee comes to the Giants from the Spruce Grove Saints of the Alberta Junior Hockey League where he coached his team to an 81-22-17 record over the last two seasons.

After years of stability under Don Hay, the Giants’ head coaching job has been a revolving door of late. Troy Ward, Claude Noel, and Lorne Molleken have served as head coaches since Hay left for Kamloops two years ago.