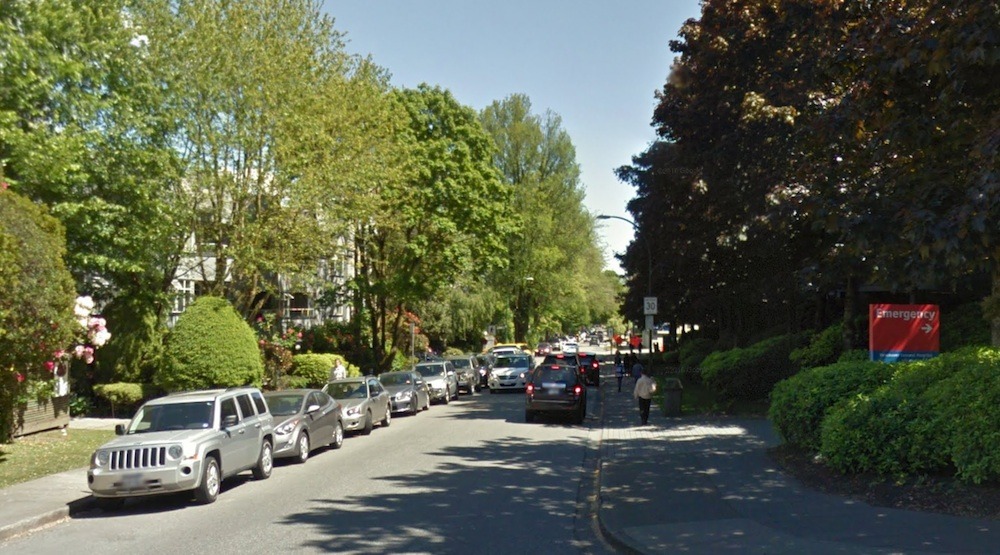 Another proposed separated bike lane in Vancouver is sparking controversy as it will run through Vancouver’s medical campus in the Central Broadway area, right on the doorstep of Vancouver General Hospital’s (VGH) emergency room entrance in fact.

NPA councillor Elizabeth Ball wants Vancouver City Council to reconsider a bike lane proposal that would have the route running along West 10th Avenue. A motion submitted by Ball recommends staff to scrap the plans for the route running through the campus and instead place the bike lane on West 7th Avenue from Oak and Ash streets.

Concerns for the route running next to VGH and other medical buildings revolve around inadequate space for pick-up and drop-off locations for seniors accessing medical facilities. If the current plans are built, it would result in the removal of 77 on-street parking spaces in the area, requiring patients and caregivers to park and wheel or walk a much greater distance.

“The addition of a dedicated bicycle route would increase traffic along this route and therefore increase the risk for collisions with pedestrians, especially those who are disoriented or mobility-impaired,” reads the motion. “The current plans do not provide enough safe, dedicated pick-up and drop-off locations for seniors accessing medical facilities.”

A separated bike lane on West 10th Avenue could also reduce the street’s capacity, efficiency, and flexibility to handle emergency vehicles, especially during a major disaster.

“The addition of the bicycle route would also leave inadequate space for taxis, HandyDart, private cars, or emergency vehicles (especially in cases of vehicle breakdown or catastrophic events),” the motion continues.

During the 2011 Stanley Cup Riot, dozens of ambulances utilized Comox Street on the north side of St. Paul’s Hospital as a make-shift staging area and overflow area for ambulance parking outside the emergency room. But with the recent construction of a bike lane along Comox Street, the hospital-serving road has been reduced from two lanes to a one-lane, one-way road with only a small passenger zone near Burrard Street.

Similarly, a stretch of Helmcken Street beginning at Burrard Street – right in front of St. Paul’s Hospital – is now a one-lane, one-way road after the construction of the Comox-Helmcken bike lane.

City Council is expected to discuss the motion on Tuesday.

Further east in the city, the municipal government’s plan to build bike lanes along Commercial Drive is facing growing opposition from local businesses.