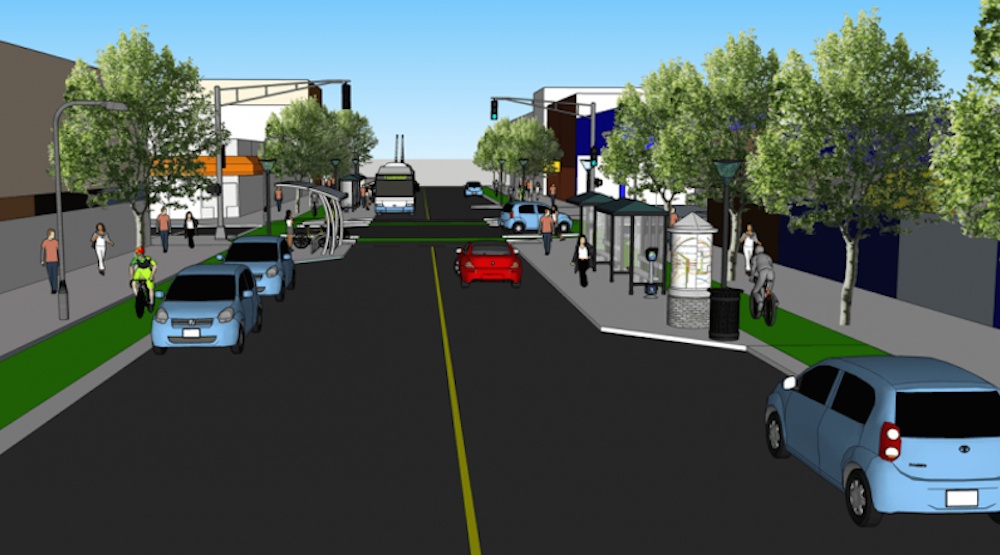 The businesses represented by the Commercial Drive Business Society (CDBS) are ramping up their opposition to the municipal government’s proposed bike lanes along the curb side lane of the arterial, retail-lined corridor.

A petition signed by over 5,000 customers will be presented to City Council during an upcoming public meeting, and it comes ahead of the start of the planned consultation phase for the project.

“What has stood out to us is that the majority of signatures have come from petitions that we have left in the storefronts,” said Nick Pogor, the Executive Director of the CDBS, in a statement.

“In other words, these are real clients, real customers who shop in our stores every day. They are saying to the City of Vancouver: ‘This is an important neighbourhood to us and we ask you please not to alter it for the sake of a bike lane to no where, when better options are already in place blocks away and are less of a cost in so many ways on the taxpayer.'”

The CDBS also surveyed over 1,000 customers along Commercial Drive and found that only 7% traveled along the corridor by bicycle. Another 9% used public transit, 32% got around by car, and 37% walked.

“Even on sunny summer days, our intercepts results are showing that the overwhelming majority of shoppers on The Drive are not bicycling to our neighbourhood,” continued Pogor. “The CDBS has said all along that we support green transportation infrastructure but not shoehorned policies like the one proposed in an already precarious retail sector.”

A separate survey completed early this year by the CDBS indicated 84% of approximately 300 business and property owners along the corridor are against the bike lanes.

CDBS previously proposed an alternative route on Victoria Drive for the bike lanes.