Clowns, astronauts and puppets – oh my! Vancouver will be filled with entertainers from around the world from September 10 to 20 at the Vancouver Fringe Festival 2015.

Over 40,000 attendees are expected to take in the over 700 performances happening this year, and whether you’re looking for a show that will expand your mind or make you feel a new emotion, odds are that show will also make you laugh too.

Comedy can be epic 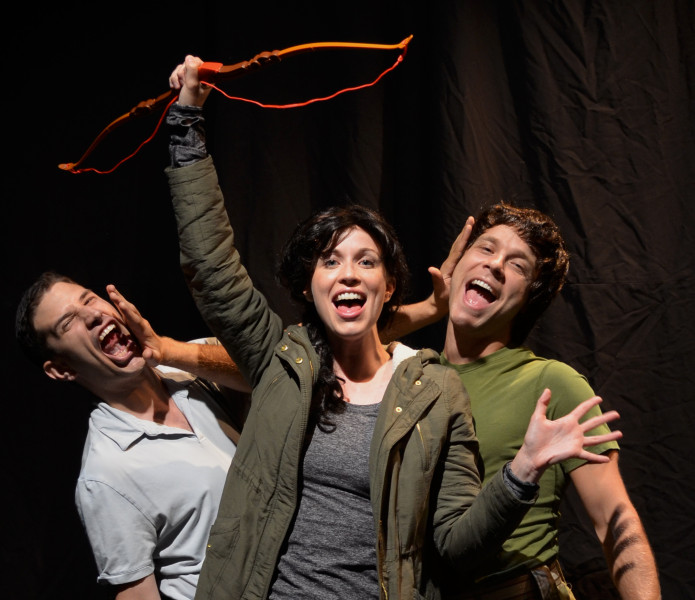 “Comedy is really appealing to audiences,” said Jennifer Pielak, starring as Katniss Everdeen in Hunger Games: The Musical. “The best comedy is truthful, whether it’s about relationships, politics or religion. It can connect people on a powerful level.”

Hunger Games: The Musical, produced at Pacific Theatre, is a pop culture parody of the Suzanne Collins novel and film. Katniss competes in a brutal battle royale while belting out songs in the style of Maroon 5 and Taylor Swift.

Written by Mark Vandenberg for his high school, Hunger Games: The Musical was first produced in 2013 and became a big hit. The team hopes to catch fire again with a Fringe Festival run.

“You don’t have to be a huge fan of the movie or the books to enjoy the show, said Pielak. “Hunger Games: The Musical is the most fun I’ve had working on a show so far. I’m so excited to be a part of the Fringe Community.”

Comedy can be thoughtful 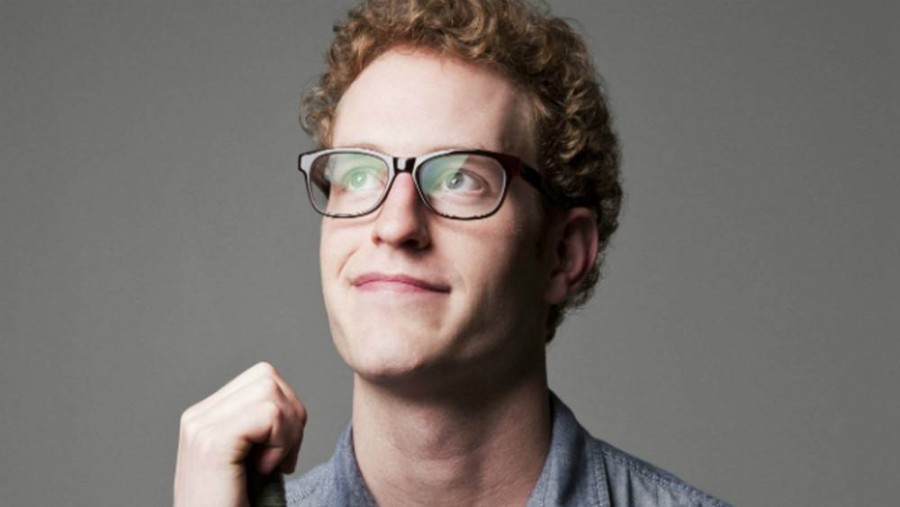 On the other end of the spectrum is Sam S. Mullins’ Grandma’s Dead, a one-person show at the Waterfront Theatre about two brothers traveling home to Saskatchewan to attend their grandmother’s funeral. Mullins describes the show as a comedy about sibling tension, with a dose of Canadiana.

“I’ve always wanted to write a road-trip comedy, and this show is based on a true story based on my grandma’s burial,” said Mullins. “Someone in our family had to go and make sure she was put in the right hole, so I went with my estranged oil sands brother.

“This show is completely different from my other Fringe shows (Tinfoil Dinosaur and Weaksauce). It’s more of a traditional one-person show where I play many different characters.”

Mullins said that he gravitates towards story-telling events like The Flame and Rain City Chronicles, and that he enjoys performing at Fringe due to the supportive atmosphere.

“There is a whole Fringe family that transcends what forms we do. Drag queens, magicians, clowns – everyone hangs out as equals.”

Comedy can be sexy 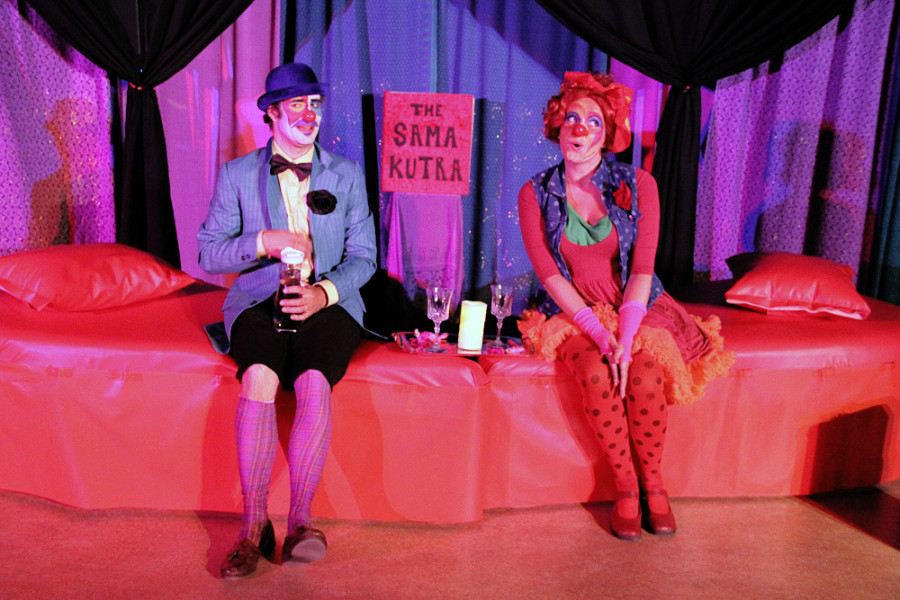 And if you want to walk on the wild side, Spark and Sizzle Fandango, aka Jed Tomlinson and Jacqueline Russell, will be at the Revue Stage to be your guide. The Calgary clown duo are desperate to put the passion back into their faltering relationship, so turn to the ancient Sama Kutra for guidance.

“It’s a sexy clown show, and it’s also a real look at a relationship,” said Tomlinson. “There’s a roller coaster of emotions in our show, and we think audiences will see something of themselves in it.”

Tomlinson and Russell both come a dramatic theatre background, and they feel that the funny comes from the honesty.

“Laughter is an emotional response. We appreciate it because it means that we’re affecting them,” said Tomlinson.

“Life is hard and can feel very dramatic. That’s why I seek out laughter,” added Russell.

Other comedy shows to check out at the Vancouver Fringe Festival

TITUS: The Light and Delightful Musical Comedy of Titus Andronicus

Shakespeare’s grizzliest play renewed into the giddiest musical, exploring why violence is so darn entertaining. This is the world premiere for TITUS, which features a dark struggle for power and revenge. But why slit a throat when you can sing and dance?

The Middle of Everywhere

One bus stop… infinite destinations. Wonderheads return with their larger than life masks and a story that bends time and space in a journey of epic proportions! From nine-time Best of Fest Winners and the creators of Fringe hits Grim & Fischer and LOON.

The story about the deterioration of an Israeli family, as told by 11-year-old Yotam who is obsessed with documentation and records everything on his tape player. An award-winning monodrama by Roy Horovitz from Tel Aviv, Israel.

Every 29 years, Saturn orbits the sun and lands in the exact position at the time of our birth, marking significant life stages: adulthood, mid-life crisis, and “golden years” of wisdom. It’s a tremendous time of change and reflection. Saturn Returns is an entertaining and moving collection of personal stories from some of Vancouver’s funniest women.

Delve into the unpalatable world of dating, and explore the quirky idiosyncrasies of every aspect of the culture that surrounds it in Buy Me Dinner First. This show is the perfect first-date idea.

What happens when anything can happen? Vancouver improvisers Chris Ross and Travis Bernhardt scribble outside the lines of improv comedy with their high-energy and surreal two-man show. Their extreme physicality, endearingly strange characters, and commitment to entertain by any means necessary have surprised and delighted audiences all across Canada.

The grotesque vaudeville duo The Camel Sisters invite you into the delightfully bizarre world of Camel Camel, which begins to turn on them when a nefarious death-worm appears and they struggle to escape. Born from the absurdist/surreal poetry of Ukrainian prisoner Oleg Navolska, and described as David Lynch meets Abbott and Costello.