I love Japanese food. Having spent months in Japan a few years ago, I don’t think there’s another place in the world that treats both fine dining and home cooking with the same sort of reverence and attention to detail. If you love food, then Tokyo is just a must-visit. There’s a reason that city has more Michelin stars than Paris, New York and London put together. 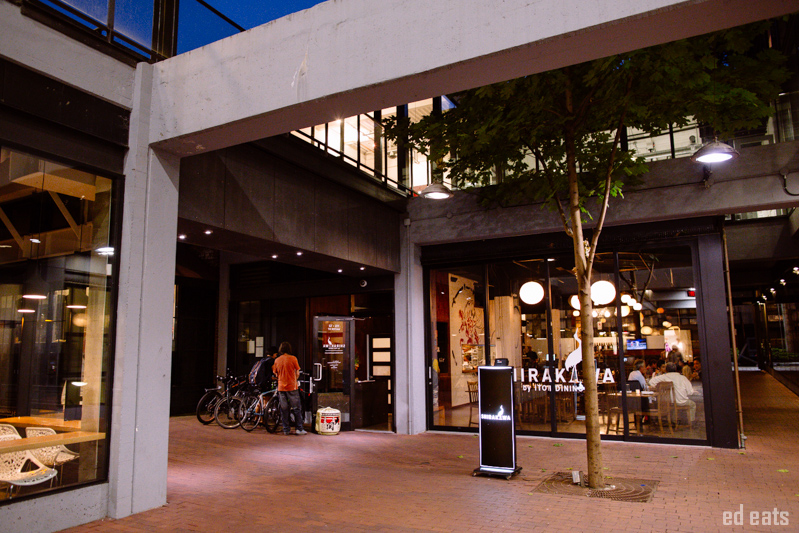 Shirakawa isn’t your usual California rolls and teriyaki chicken joint. It’s the latest restaurant by Itoh Dining, a Japanese fine dining company with several restaurants in Japan, including a partnership with famed chef Nobuyuki Matsuhisa of Nobu. It occupies what used to be Boneta before that place closed last year. 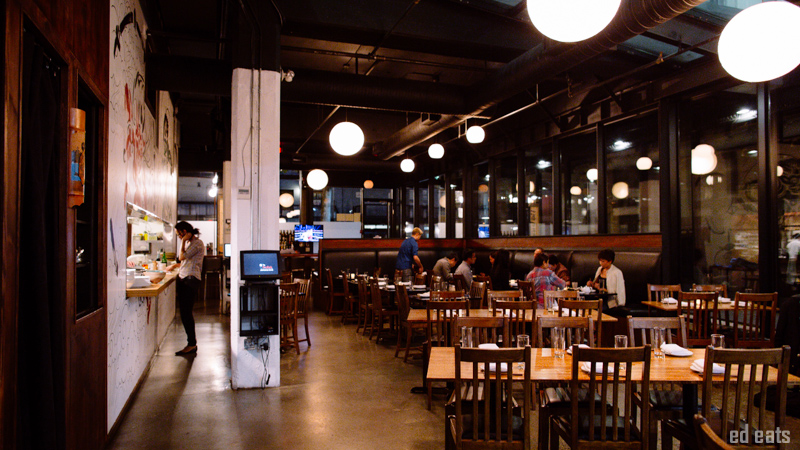 The restaurant space is just gorgeous. It’s not that any one thing is particularly good looking but the combination of them makes for a striking location. It’s actually a fairly large restaurant and the soft round lighting fixtures and 360 degrees of glass make it look even more expansive. Modern and contemporary while maintaining just a touch of that Gastown aesthetic. 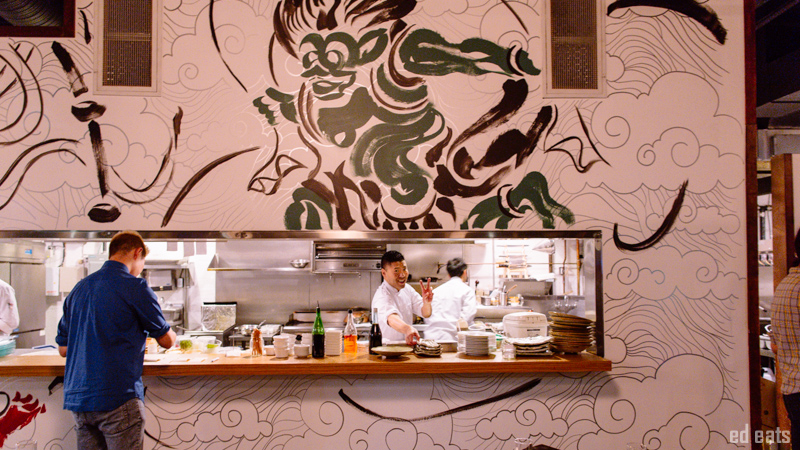 Surrounding kitchen is a large mural of what I assume is a pair of fisherman battling it out? Very cool.

Service was excellent from the cheerful staff, including a kitchen that doesn’t mind hamming it up a bit for the camera. 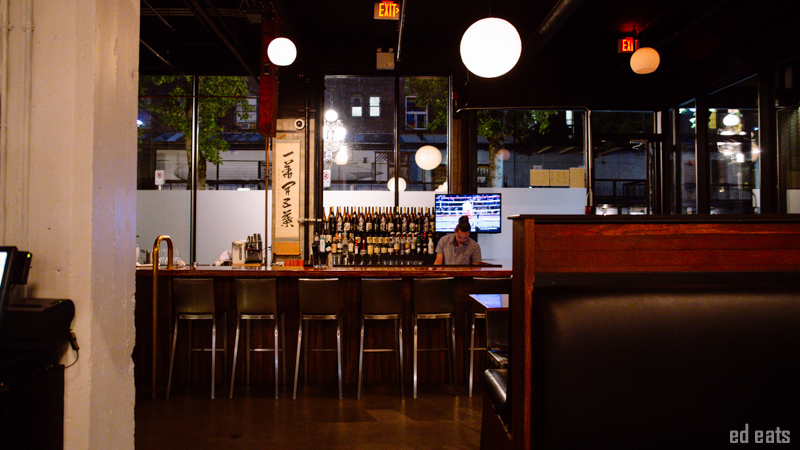 The bar is stocked with a modest but interesting list of sake and wines as well as a number of beers and cocktails. Looks like quite a bit of effort went into curating that list of sake as each of the five available is described in detail and there’s even suggested food pairings. 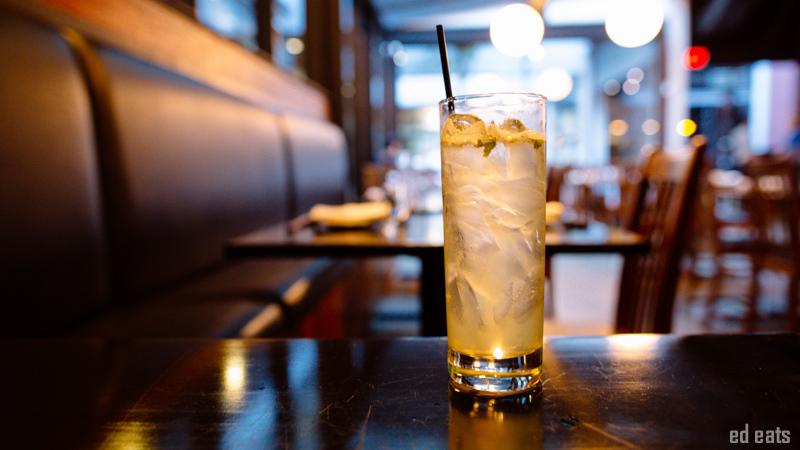 The mint sake lemonade ($8) tastes like what happens when the Japanese getting a hold of the mojito. It’s light, refreshing and perfect for the summer. 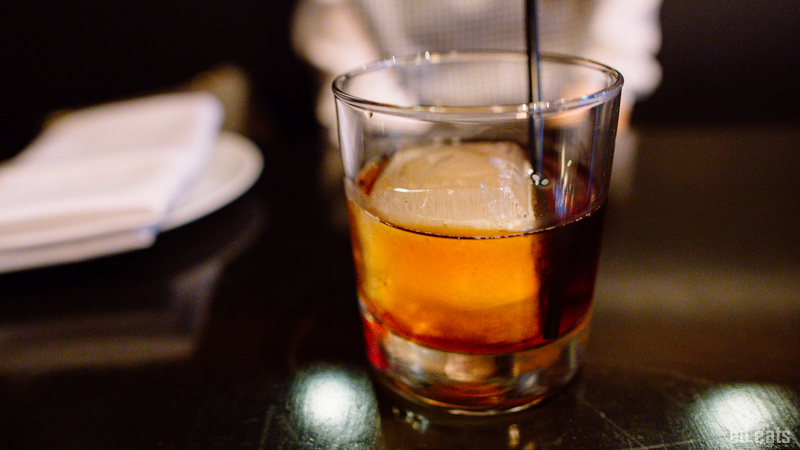 The Bara umeshu ($6) on the other hand is more of a drink you’d have after dinner. It’s a sweet plum wine, after all. 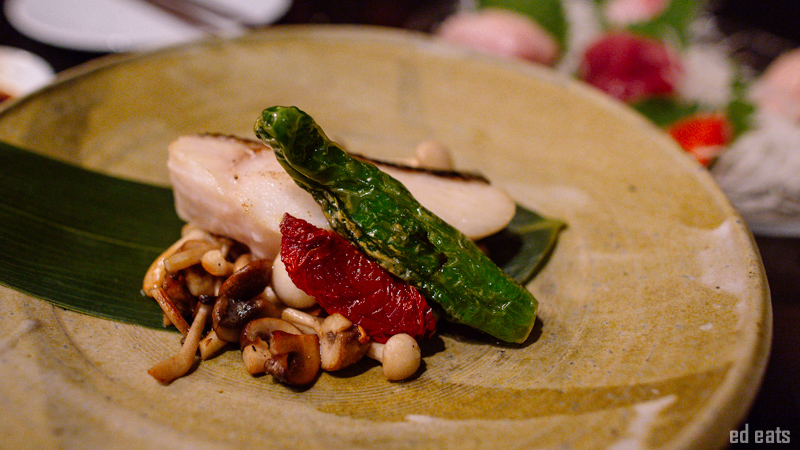 Shirakawa’s menu is traditional Japanese, sometimes with a modern twist. The item I’m usually the most excited for when it’s on the menu is black cod. Here, Gindara ($15) is black cod smoked with sakura chips and served with an assortment of sauteed mushrooms, sundried tomato and a roasted pepper for some heat. The fish is moist and delicate. I thought the pepper and tomato didn’t add much to the dish but the mushrooms are delicious. Great smoke flavor but I could’ve used a little more seasoning. 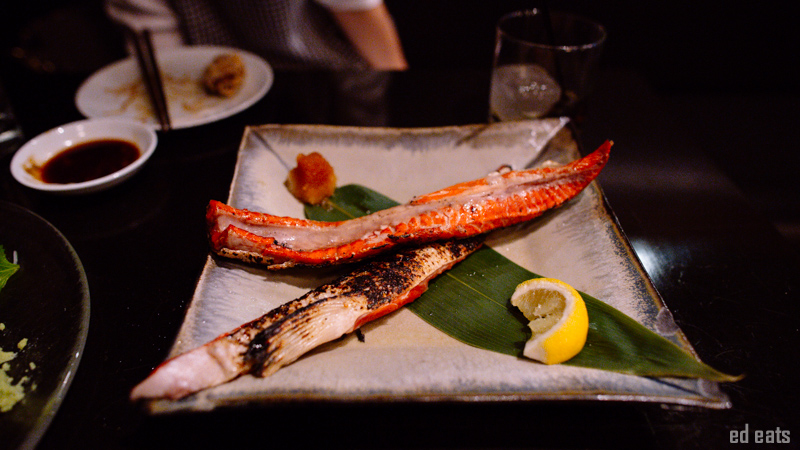 But if you’re going for cooked fish, the Harasu ($12) is the one to get. We were informed that they only had one serving left when we got there for our 7 p.m. reservation and snatched it up right away. Good thing we did too because the couple that sat down nearby just minutes later had to be sadly informed that they were all out of the teppen grilled sockeye salmon belly.

The fish is amazing, cooked just right. The fats and oils from the skin are just starting to melt and the nice char gives a wonderful smokey flavor. It’s a fantastic mix of textures and flavors. Shirakawa specializes in teppan grilling. There’s even Kuroge wagyu beef on the menu – but $100 for a 4oz serving is out of my price range. 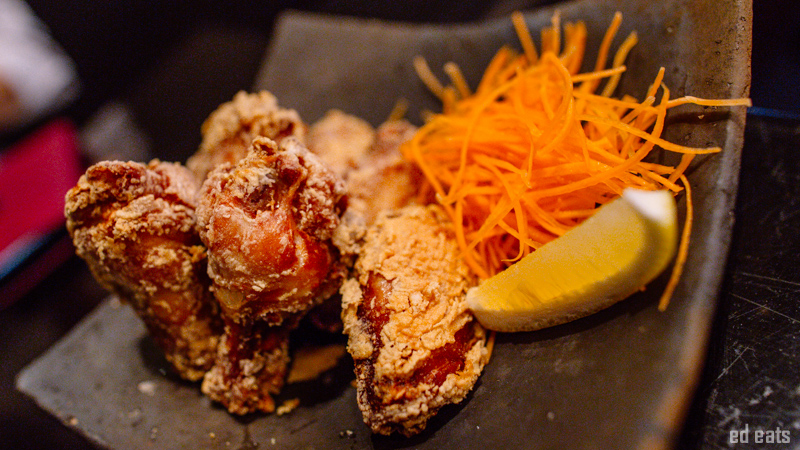 The Teba ($8) or fried ginger soy marinated chicken wings are very good. The meat is explosively juicy and packed with flavor. If Phnom Penh didn’t exist, these would be some of the best wings in town. They’re not quite on the same addictive scale as Vancouver’s favorites but Phnom Penh had to sprinkle their wings with drugs or powdered unicorns to get that spot at the top on the mountain. No one has the seasoning nailed quite like that little Cambodian place but you won’t be disappointed with Shirakawa’s wings either. 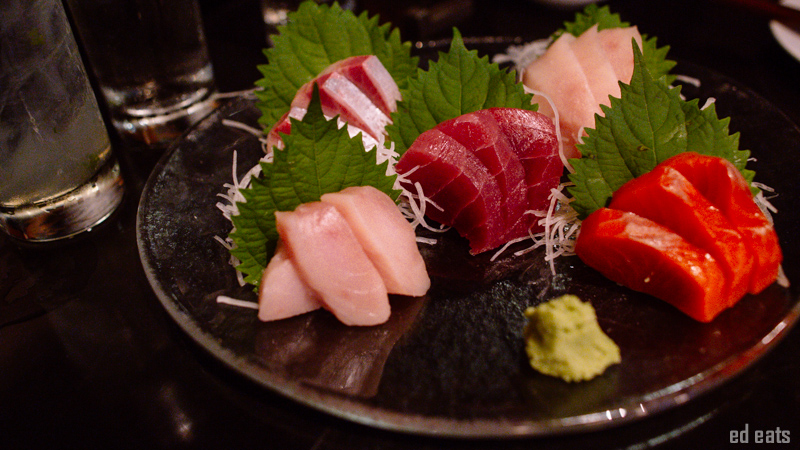 There’s a selection of sushi and sashimi on the menu including the aforementioned wagyu, which is available as nigiri. If you’re having a hard time picking, you could just go with the Otsukuri ($20-30+), which basically lets the chef pick either three or five types of sashimi for you. From the top left, you have hamachi (yellowtail), toro (tuna belly), sockeye, albacore and maguro (bluefin) in the middle. This is great stuff. Every piece is at the peak of freshness. If you’re a fan of raw fish, all this tastes exactly like it should.

I wish they would’ve gone with a little more variety instead of four types of tuna, though. There’s a few other options available. 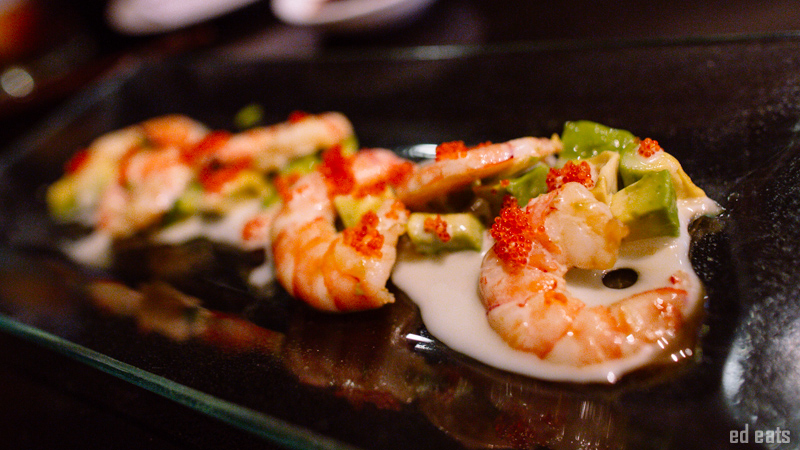 I was a little disappointed by the ebi abo ($7.50), which is a combination of prawns, avocado, wasabi and tobiko. It tastes basically how it looks and while it’s just fine, it’s a little underwhelming. I was hoping this would be a play on the popular ebi mayo we see at every Japanese izakaya but with a creamy guacamole instead. That would’ve been awesome. While the tobiko adds a little bit of a different texture, it’s still not quite as well thought out as the rest of the menu. 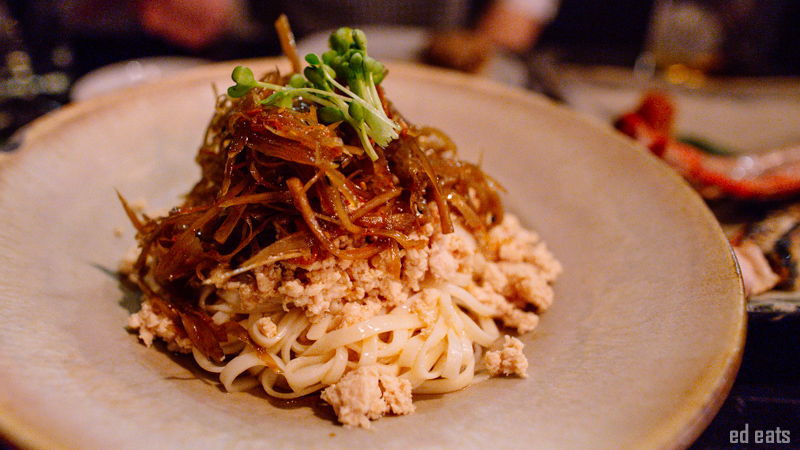 I was also a little underwhelmed by the Kimpira udon ($12), which is spicy burdock and house rayu drizzle on cold udon noodles. I could’ve liked more…drizzle? The components could’ve used some more sauce or something to hold it all together. Instead, the bits of meat (shredded chicken, apparently) just sort of fell through the noodles. A little unsatisfying despite the flavours working well together. Needed a little something more.

Value-wise, the menu ranges from the totally reasonable to the astronomical with the wagyu. You could totally have a very good meal for two for about $50 but it’s also just as possible to break the bank here. The dishes and drinks above came out to just about $100 before tips. There’s an omakase option available at $60, which may actually turn out to be the best value here.

Shirakawa is a very good restaurant but not really a sure-fire must visit place yet. There are certainly highlights on the menu but also some things that could probably use a little work. Not everything was a home run but there’s a lot of creativity and potential in that kitchen. The cooking was spot on and I never had reason to doubt that the ingredients were anything but top notch. There’s an obvious sense of skill and quality to the food at Shirakawa but it hasn’t all come together just yet. There’s more available in store than what the menu online suggests and they’re currently updating it with new seasonal dishes for the coming fall season.

It’s a good start for a restaurant just two months old but it seems like they need a little more time to work out the kinks.