Featuring gourmet ice cream tours, a dumpling derby and a craft beer cruise, Vancouver’s food events calendar for August is packed with a range of fun food-focused outings. With so much going on we have compiled a list, which we’ll be adding to, of upcoming food-related events happening in the city this August.

Tickets are now on sale for the third annual Come Forage farm dinner event, created by Chef Chris Whittaker of Forage restaurant. Set on the grounds of Fraser Common Farm, attendees to this event will get the chance to explore the farm on an organized tour and then assist Chef Whittaker by foraging edible items for the evening meal. A reception with complimentary beverages, musical guests, and a tantalizing dinner spread will then follow. 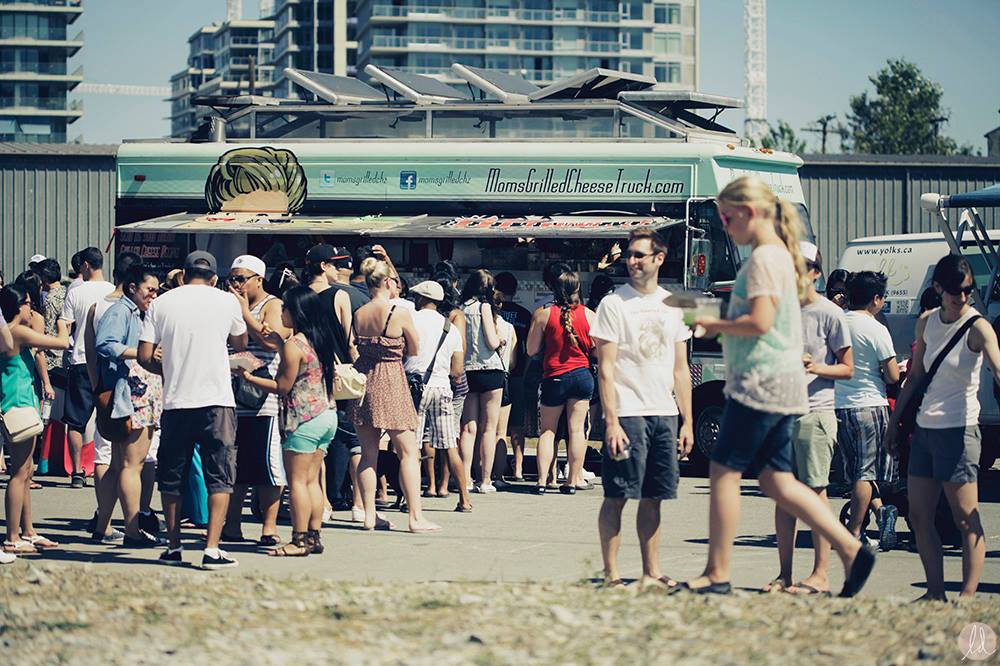 Vancouver’s fourth annual Food Cart Fest is well underway, tempting festival goers every Sunday with an array of delicious food truck fare. Indeed, every Sunday more than 20 of Vancouver’s most popular food carts are in attendance.

When: Every Sunday in August (2,9,16,23,30), from Noon to 5 p.m.
Where: 215 West 1st Avenue, Olympic Village
Price: $2.50 admission/FREE for Vancity Bank members, and or those who bring a non-perishable food donation to the event for the Greater Vancouver Food Bank Society. 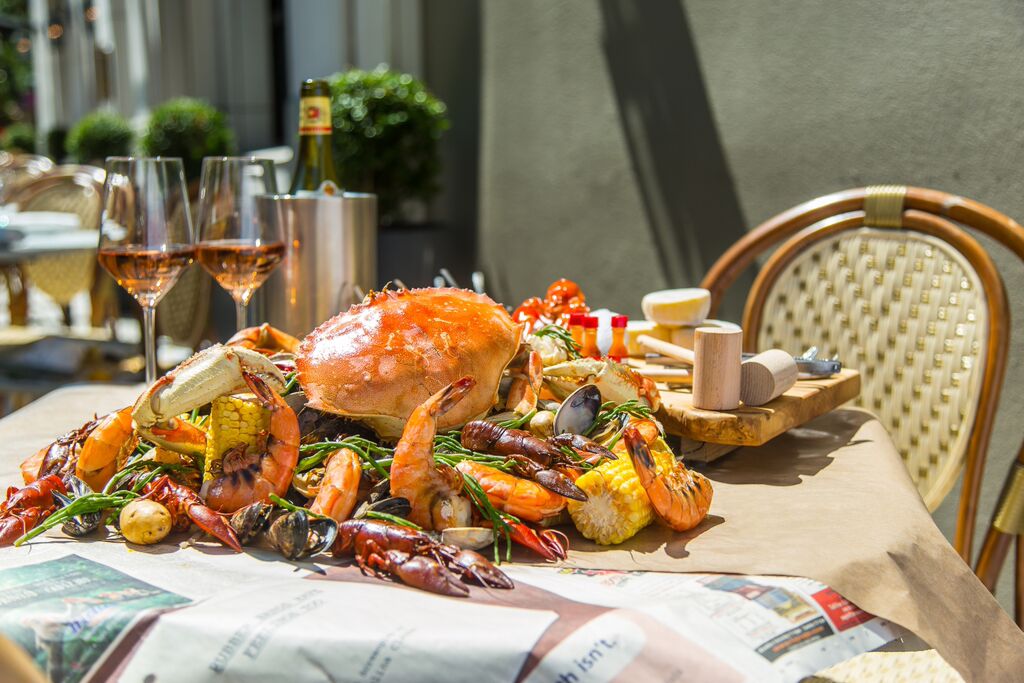 Boulevard Kitchen & Oyster Bar marks their first year in operation with a Sunday Seafood Boil Series. Taking place on the restaurant’s wrap-around patio, Boulevard’s talented chefs will prepare and present a fresh-caught selection of crawfish, jumbo prawns, clams, mussels and Dungeness crab, served in a traditional East Coast-style seafood boil piled high on butcher’s paper. With a limit of 24 seats at each event, diners are encouraged to reserve their seats in advance.

When: Every Sunday of August (2,9,16,23,30), at 6 p.m.
Where: Boulevard Kitchen & Oyster Bar, 845 Burrard Street
Price: Tickets are priced at $49 per person with two-guest minimum (beverages, tax and gratuity not included) and can be purchased here.

Cibo Trattoria, will host its next edition of “Bottle Royale,” a comparative wine tasting dinner on Wednesday, August 5th. Whether you’re an amateur sommelier or a casual wine lover, the second annual dinner features a tasting of ten handpicked pours from B.C. and around the world. Led by Cibo General Manager and expert sommelier Robert Stelmachuk, the evening will showcase renowned local vintners such as Blue Mountain, Mission Hill and Painted Rock against comparable varieties from wine meccas such as Napa Valley, France, Portugal and Italy.

Off The Eaten Track, a Vancouver based culinary walking tour company, has created a gourmet ice cream tour. Running every Wednesday from July through to the end of September, Off The Eaten Track’s Gourmet Ice Cream Tour will grant attendees the opportunity to visit local ice creams shops and sample lots of delicious locally-made ice cream. From soft-serve to ice cream sandwiches, this tour highlights some of the best frozen treats in the city. 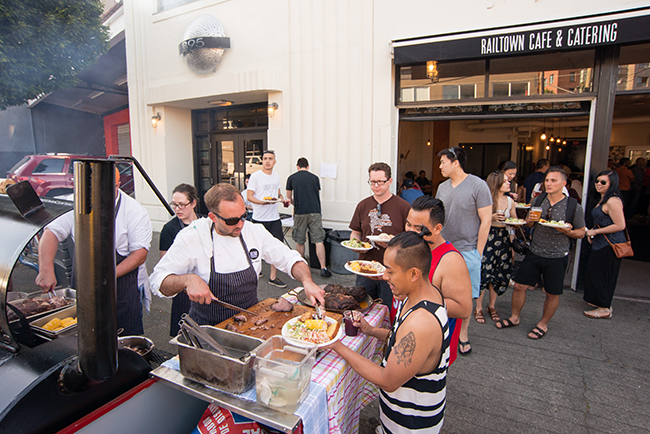 Railtown Café has re-launched their streetside Tailgate Summer BBQ Series in celebration of Vancouver’s warmer weather. Having kicked off in June, Railtown Cafe will host their next Tailgate event on August 8, where they will once again offer ticket holders the chance to taste a range of expertly cooked grilled meats. 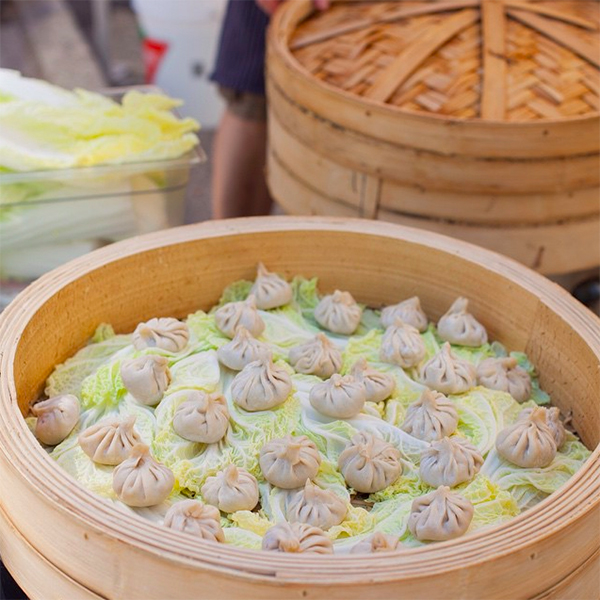 Dumpling aficionados should prepare themselves to feast, as the third annual Golden Dumpling Cook Off and Derby returns to Vancouver. More than 13,000 dumplings are expected to fill happy, hungry tummies at this years event, which will take place on August 9.

Held at Food Cart Fest (215 West 1st Avenue) a brand new location for the event, 17 of Vancouver’s top restaurants will battle it out in this years cook off for the chance to win the Golden Dumpling trophy.

This annual event prides itself as being one of the most fun and best value culinary fundraisers of the year. With dozens of participating restaurants, vineyards, gardens and cooking schools, from Vancouver Island to Metro Vancouver to the Okanagan, each donating one table for a concurrent dinner party, Les Dames Summerdine 2015 is guaranteed to be a delicious and memorable evening. Each restaurant is priced exactly the same ($79/seat), with each venue donating the food menu and table and a winery donating the wine. For 2015 the theme is “Celebrating Our Roots” in recognition of this year being the International Year of Soils.

When: Wednesday, August 12, 6:30 p.m.
Where: Various locations, check website for further details
Price: Tickets are $79 per seat and can be purchased online here. 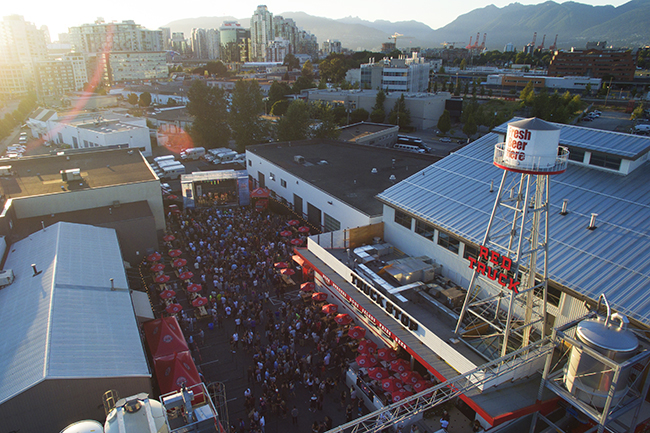 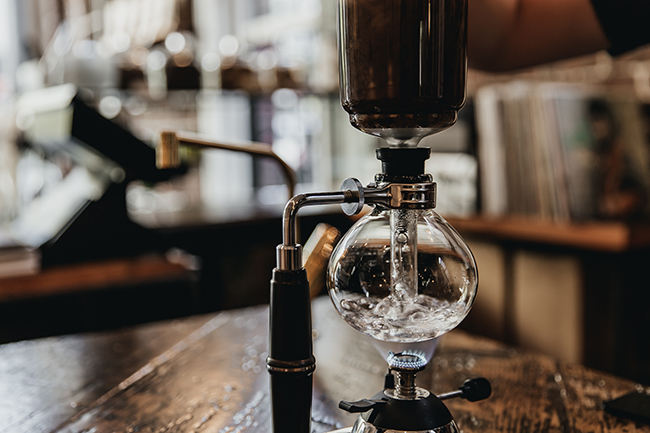 Gastown’s popular coffee bar Revolver, When They Find Us and Chef Jefferson Alvarez are banding together for one-night-only to present the Illusion of Coffee. This collaborative, pop-up dining event promises attendees a night where they can experience coffee like never before, in addition to a five-course tasting menu, which will stimulate the senses.

When: Sunday, August 14, from 8 p.m.
Where: Revolver Coffee, 325 Cambie Street
Price: Tickets are priced $100 per person, plus tax and gratuity, and can be purchased online here.

Dinner on the Pier

Bringing the community together by partnering with local business, Lower Lonsdale will present a one-night-only outdoor dinner event on August 20. Featuring a unique cocktail hour and reception (with live music and raffle prizes), followed by a long table dinner on the edge of Lonsdale Pier, the evening will showcase a family-style menu provided by The Pinncale Hotel. Proceeds donated to Growing Chefs.

When: Thursday, August 20, from 5:30 p.m.
Where: Pipe Shop, 115 Victory Ship Way, North Vancouver
Price: Tickets for this one-night-only event are priced at $160 per person and will be available online here in the coming weeks.

Step on board the Magic Spirt, for the second annual Vancouver Craft Brew Cruise. Setting sail from False Creek, Plaza of Nations, the Vancouver Craft Beer Cruise promises ticket holders a selection of B.C.’s finest craft beer, while taking in a scenic tour on the open water. Two unique sailings are scheduled for Saturday, August 22 and Sunday, August 23. Each voyage will cruise along the water for three hours.

Calling all garlic lovers. Open to all ages, this free event brings together organically grown artisan garlic and garlic goods. In addition to showcasing strong local flavours the 7th Annual Garlic Festival will feature live entertainment including: musical acts, cooking demos, and exhibitions. There will also be a whole extra “foodie” component to the festival this year. Several restaurants will sell food, including Boulevard, Graze, and Fable. Chefs from each of the restaurants will participate in a black box cooking competition that will require each chef to harvest ingredients for the competition straight from the farm fields. 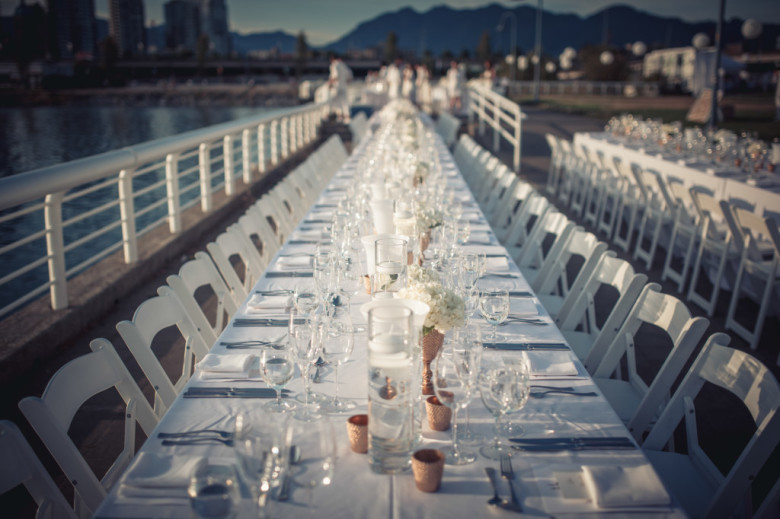 Diner en Blanc is returning to Vancouver this summer for its fourth consecutive year in the city. On Tuesday, August 25, lucky ticket holders will gather at an as-yet undisclosed Vancouver location to set up tables and chairs along with their picnic goodies for a chic and unforgettable evening of social community. Getting into this sought-after event is by a ticket lottery, where past attendees get priority. New prospective diners can register for access online here.

When: Tuesday, August 25
Where: Location TBA
Price: Prices have not yet been revealed

On Tuesday, August 25, some of B.C.’s top chefs will host a collaborative dinner at L’Abattoir. This exclusive, one-night-only wine and food event celebrates the 25th anniversary of B.C. wine. Join Executive Chef Lee Cooper when he hosts guest chefs Vikram Vij of Vij’s, Scott Jaeger of The Pear Tree and Bernard Casavant of Okanagan College. The special dinner will be held in L’Abattoirs private dining room and include exquisite food pairings with some of B.C.’s best wines.

Tuck into a mound of seafood at WildTale Costal Grill’s monthly Crab Boils. Adorn yourself with a bib and pick up crackers for a full-on feast of crab, mussels, prawns, clams, sausage, corn and potatoes. Call 604-428-9211 or stop by the restaurant to reserve your spot.

On Sunday, August 30, the Pacific Salmon Foundation will host an outdoor gathering to celebrate the return of Pink salmon. Enjoy plenty of family friendly activities including educational activities, face painting, a free photo booth and a pink salmon BBQ prepared by executive chefs including Robert Clark, Rockin’ Ronnie Shewchuk and Garrett Schack. The BBQ will be available by donation with proceeds supporting community-led salmon conservation projects across British Columbia.